The rapid fire of U.S. Food and Drug Administration (FDA) approvals of new anticancer therapeutics continued last week when alectinib (Alecensa) was approved for treating certain patients with advanced non–small cell lung cancer (NSCLC). Specifically, alectinib is approved for patients who have tumors driven by mutations in the ALK gene and whose disease is not responding to treatment with the ALK inhibitor crizotinib (Xalkori). 2xp2 (human anaplastic lymphoma kinase [ALK] in complex with crizotinib) by A2-33 is licensed under CC-BY-SA-3.0 via Wikimedia Commons.

Alectinib is the fifth new anticancer therapeutic approved by the FDA for treating patients with NSCLC in the past three months and seventh in 2015. Most of these therapeutics exert anticancer effects in different ways, highlighting the fact that researchers are building broadly on our growing knowledge of the biology of cancer to enhance progress against the most common form of lung cancer.

Alectinib works by targeting the signaling protein ALK, which is aberrantly active in up to 5 percent of NSCLCs as a result of mutations in the ALK gene.

The FDA changed the face of treatment for patients with ALK-positive NSCLC in August 2011, when it approved the first ALK-targeted therapeutic, crizotinib. However, most patients have disease progression within a year of starting treatment because the tumors develop resistance to crizotinib. In many cases, crizotinib resistance emerges because NSCLC cells acquire additional ALK mutations.

Because ALK-positive NSCLC frequently metastasizes to the brain, researchers involved in the two clinical trials looked closely at the effect of alectinib on brain metastases. Promisingly, the FDA reported that 61 percent of patients in the two trials who had measurable brain metastases had shrinkage of their brain tumors and that these responses lasted an average of 9.1 months.

These data are very encouraging, especially for patients whose NSCLC has spread to the brain. However, because the FDA approval was based on objective response rate data, rather than overall survival, alectinibs’s manufacturer, Roche, is required to conduct a study to confirm that the new ALK inhibitor provides meaningful clinical benefit. Among the clinical trials designed to show this is ALEX, a randomized phase III trial that is comparing alectinib with crizotinib as a treatment for patients who have not previously received medication to treat ALK-positive NSCLC. Early results for this clinical trial are not expected until 2018, but it is clear that many patients with ALK-positive NSCLC will benefit from alectinib in the interim. 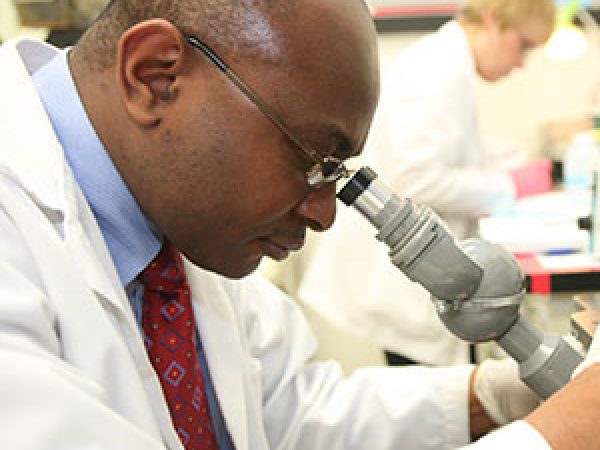