Pancreatic cancer is a deadly disease with a five-year survival rate of a mere 8.2 percent, according to statistics from the SEER database. Unfortunately, the last 30 years has not seen any significant improvement in survival for patients with this disease. Pancreatic cancer is projected to become the second leading cause of deaths due to cancer in the United States by 2030. “All of this points to the urgent need to look for innovative ways to understand and treat this disease,” said Vinod Balachandran, MD, senior author of a paper published in Nature in November.

Balachandran, a surgical oncologist at the Memorial Sloan Kettering Cancer Center (MSKCC), and his multi-institutional team sought to tackle pancreatic cancer by thinking outside the box: They studied the 8.2 percent of patients with pancreatic cancer who survive for five years or longer “because they are obviously different from the rest of the patients,” he said.

The study offers one of the first clues into the underlying mechanisms of long-term survival in patients with pancreatic cancer, Balachandran noted. “We are finding for the first time that neoantigens are important for pancreatic cancer.”

Pancreatic cancers are generally considered “cold tumors” with very few T cells infiltrating them, making them unlikely to respond to immunotherapy. “Our study challenges this theory and shows that there is heterogeneity in pancreatic cancer with subsets of tumors in which T cells play a role and neoantigens are one of the important immune targets,” Balachandran added.

Balachandran and his team built their hypothesis based on early evidence from prior studies suggesting that long-term survival in pancreatic cancer patients could be T-cell related. “We said, well, if there is a relationship between T-cell infiltration into the tumors and survival, can we take it a step further and find out what tumor antigens these T cells target? Can we then apply this knowledge in developing rational therapies such as personalized vaccines?”

Their study, co-funded by the Pancreatic Cancer Action Network-AACR Research Acceleration Network Grant and a Stand Up To Cancer (SU2C) – Lustgarten Foundation Dream Team award (the AACR is the Scientific Partner of SU2C), focused on neoantigens, peptides found on tumor cells, because of emerging data in the literature showing that they are the most potent tumor antigens recognized by T cells. Neoantigens also play a significant role in immune checkpoint blockade therapy, a type of immunotherapy that yields dramatic responses in some patients, but in many tumor types.

The researchers studied stage-matched, treatment-naïve, surgically removed pancreatic tumors from 82 long-term survivors (median survival six years) and 68 short-term survivors (median survival 0.8 years) and found that the tumors of long-term survivors had 12-fold higher numbers of activated CD8-positive T cells than short-term survivors. The association between T-cell infiltration and survival was independent of the clinicopathological features of the tumor and treatment. Further, a subgroup of patients who survived for the longest periods of time, up to 12 years, had tumors with the highest number of CD8-positive T-cell infiltrates and the highest number of neoantigens.

What are high-quality neoantigens?

There are several components that define the quality of neoantigens, noted Balachandran. The researchers investigated two major aspects of quality. First, the high-quality neoantigens were defined by several characteristics, including certain structural properties defined by amino acid sequences that resemble pathogenic antigens, which the human immune system may be more geared towards recognizing, differential presentation to T cells, and others. Second, tumors of long-term survivors had 4-fold higher representation of neoantigens in the tumor antigen MUC16. “This suggested that neoantigens present in tumor antigens may be more immunogenic than the neoantigens in other regular proteins or passenger mutations,” he said.

“Our studies point to the fact that while mutational load is a biomarker of response to immunotherapy, it can be improved upon,” Balachandran commented. In a related study, also published in Nature, investigators from Mount Sinai led by Benjamin Greenbaum, PhD, and at MSKCC, including Balachandran, did exactly this, demonstrating neoantigen quality could predict response to immunotherapy better than conventional biomarkers.

Neoantigen quality is a biomarker of survival in pancreatic ductal adenocarcinoma

Their hypothesis about the significance of neoantigen quality was further supported by the finding that in metastatic sites, the tumors eliminated the high-quality neoantigens that were present in primary tumors through immunoediting while low-quality neoantigen clones were expanded.

“The most striking finding of the paper was our extended analysis in seven very long-term patients living for a median of 10.5 years after surgery,” noted Balachandran.

The team found T cells recognizing neoantigens in the blood samples of the longest-surviving patients that were also present in their archival tumor samples excised several years ago. “These data suggest neoantigens are very potent in stimulating an immune response because we could detect T cells recognizing them in the blood up to 12 years after treatment,” he said. “High-quality neoantigens could therefore be utilized in developing personalized vaccine-based therapies.”

The investigators are using these new results to design vaccination strategies and conduct clinical trials, in collaboration with Genentech and BioNTech, to evaluate personalized cancer neoantigen vaccines in a spectrum of cancers, including pancreatic cancer and melanoma.

Additional support for the study came from the National Institutes of Health, the Pancreatic Cancer Research Fund, the Damon Runyon Clinical Investigator Award, the National Science Foundation, the V Foundation, the Parker Institute for Cancer Immunotherapy, Cycle for Survival, and the Marie-Josée and Henry R. Kravis Center for Molecular Oncology. 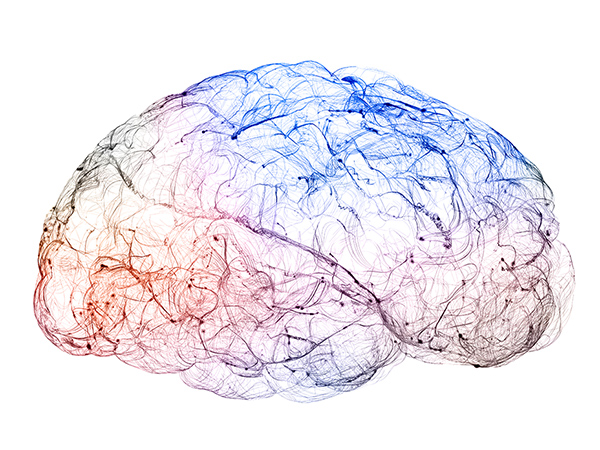