Cigarette smoking is linked to 18 different types of cancer. It is the leading preventable cause of cancer in the United States, accounting for 19 percent of the 1,570,978 cancers diagnosed in U.S. adults ages 30 and older in 2014, according to the latest research. Another 0.4 percent of the cancer diagnoses in the U.S. that year were attributable to exposure to secondhand smoke.

That’s why February, which is National Cancer Prevention Month, is a good time to raise awareness of the dangers of cigarette smoking and exposure to secondhand smoke. And it’s especially important to highlight the need for new efforts to reduce cigarette smoking, particularly among the segments of the U.S. population that have elevated smoking rates. Cigarette smoking: the dangers and the statistics

Cigarette smoking causes not only lung cancer and 17 other types of cancer, but also numerous other chronic diseases, including cardiovascular disease and respiratory diseases. Many of these health hazards are also caused by exposure to secondhand smoke and the use of tobacco products other than cigarettes—including cigars, pipe tobacco, smokeless tobacco products (e.g., chewing tobacco and snuff), and waterpipes.

Since the negative health consequences of cigarette smoking were first brought to the public’s attention in the mid-1960s, smoking is estimated to have caused more than 20 million deaths in the United States, including 6.85 million deaths from cancer. Of the cancer deaths, 263,000 are from lung cancer attributable to exposure to secondhand smoke. These statistics are grim reading. The reality, however, is that it could have been worse. Researchers estimate that 8 million premature smoking-related deaths from any cause were avoided because of a dramatic decline in cigarette smoking rates from the mid-1960s to 2012. In 1964, more than 40 percent of U.S. adults smoked cigarettes, in 2012 the rate was down to 18 percent, and the most recent data show that the smoking rate had fallen to just 15.1 percent by 2015.

Despite the progress, this means that there are still 36.5 million U.S. adults who are cigarette smokers.

If we are to prevent more smoking-related cancers, we must reduce cigarette smoking rates and exposure to secondhand smoke. To do this, we must more completely understand who is still smoking and who is exposed to secondhand smoke because this knowledge will allow us to develop and implement tobacco-control strategies tailored to these individuals.

Many studies, including two recent studies published in the American Association for Cancer Research journal Cancer Epidemiology, Biomarkers & Prevention, have shown that the decline in cigarette smoking and exposure to secondhand smoke has not been uniform across all segments of the U.S. population.

The first Cancer Epidemiology, Biomarkers & Prevention study showed that exposure to secondhand smoke among nonsmoking adult cancer survivors declined dramatically from 1999/2000 to 2011/2012, but that certain segments of the population had higher rates of exposure compared with others. For example, exposure was disproportionately higher among non-Hispanic blacks and those who had an income below the federal poverty level compared with non-Hispanic whites and those who had an income three or more times greater than the federal poverty level, respectively.

The second study showed that almost all adolescents in an economically disadvantaged, largely minority population were either cigarette smokers or had been exposed to secondhand tobacco smoke; 12 percent were active smokers and 82 percent were nonsmokers who had been exposed to secondhand smoke. However, even within the population there were disparities among different groups. Most strikingly, the smoking rate was highest among African-Americans (32 percent), as was the level of exposure to secondhand smoke.

These data jibe with the other studies on the topic, and the consensus is that elevated cigarette smoking rates, and a disproportionate burden of secondhand smoke exposure and smoking-related disease, are commonly found among medically underserved populations, including certain racial/ethnic minority groups, those who have lower education and/or socioeconomic status, and those who live in certain geographic regions like the Midwest.

This information is beginning to affect how tobacco-control strategies are developed and implemented. For example, the 35 counties in which the U.S. Food and Drug Administration launched its newest public education campaign, “Every Try Counts,” in January 2018, were selected based on a number of factors, including high smoking rates.

But given the latest statistics highlighted in this post, we clearly need to intensify our efforts if we are to drive down cigarette smoking rates in all segments of the U.S. population, protect everyone from secondhand smoke, and prevent more deaths from smoking-related cancers. 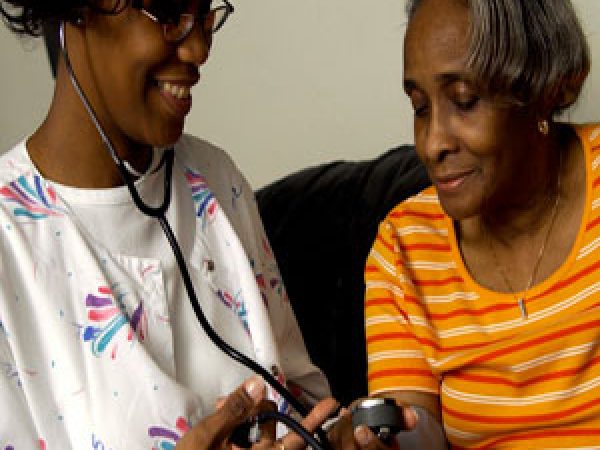