As the 2018 Annual Meeting of the American Association for Cancer Research unfolded yesterday morning, the excitement among the attendees walking through the halls of McCormick Place in Chicago was a sight not to be missed! This year’s meeting has drawn approximately 22,000 cancer researchers, physician-scientists, industry scientists, patient advocates, and other stakeholders from all around the world to hear the latest and greatest in cancer research, spanning a wide range of topics in basic, translational, and clinical research.

This year’s scientific program was built on the theme “Driving Innovative Cancer Science to Patient Care.” Annual Meeting Chairperson Elaine Mardis, PhD, unveiled the opening plenary session, titled “Advancing Cancer Medicine: From Discovery to Patient Care.” This session, Mardis said, “epitomizes the theme of the meeting by highlighting how discoveries in a range of fields are being translated into important advances for patients.”

Mardis added, “We hope that the broad scope of the session will spark your interest in progress outside your immediate areas of expertise, will motivate you to ask new questions in your research, and will stimulate you to form new collaborations because this is what accelerates the pace of progress against cancer.”

The applications of liquid biopsies and future directions

Pantel began by explaining that liquid biopsy, the analysis of circulating tumor cells (CTCs) and circulating cell-free tumor DNA (cfDNA) from the blood of patients, has been a major focus of recent research in the field because of its potential to significantly improve diagnostics, disease stratification, and treatment monitoring, among others.

Pantel noted that while the application of liquid biopsy for the early detection of cancer is gaining a lot of attention because of its potential to reduce cancer-related mortality, it faces several challenges, including the specificity and sensitivity of the assays. Pantel also discussed the utility of liquid biopsy in gaining insights into the mechanisms of treatment resistance and the biology of metastasis.

“Survival of CTCs in the blood is an important hallmark of metastatic progression in cancer patients,” Pantel said.

He noted that developing cell lines and xenografts derived from CTCs can help understand the biology of tumor cell dissemination and discover specific pathways of metastasis that could potentially be targeted.

Mardis next introduced Padmanee Sharma, MD, PhD, professor in the Department of Genitourinary Medical Oncology at The University of Texas MD Anderson Cancer Center, whose title was “Immune checkpoint therapy: From CTLA-4 to PD-1/PD-L1 and beyond.”

Sharma spoke about the scope of immune checkpoint inhibitors, a class of immunotherapeutics, that began with the discovery of CTLA-4 and its blockade with an antibody that frees the T cells and enables them to attack the cancer cells.

“Immune checkpoint therapy has joined the ranks of surgery, radiation, and chemotherapy as a pillar of cancer treatment,” Sharma said.

Sharma added that while checkpoint inhibitors, including anti-CTLA-4, anti-PD1, and anti-PDL1, have led to durable clinical responses in some cancer patients, there are substantial numbers of patients who do not respond to this class of therapeutics. She noted that one promising approach is combination therapies. Certain combinations of checkpoint inhibitors have shown promise, and have also been approved by the U.S. Food and Drug Administration for specific cancers.

Sharma discussed in detail new, rational checkpoint inhibitor combinations, including with drugs that target the costimulatory molecule ICOS and CD40; those that engage macrophages, including CD47and VISTA; oncolytic viruses; and the epigenetic regulator EZH2. She discussed preclinical data that led to the development of drugs targeting ICOS and CD40; some of these are in clinical trials with data expected in the next year, she noted.

“Data from ongoing preclinical studies as well as clinical trials will elucidate relevant immunologic pathways that need to be targeted for improved clinical benefit,” concluded Sharma.

Lowering the risk of melanoma recurrence with immunotherapy

The trial assessed whether adjuvant therapy with the anti-PD1 pembrolizumab (Keytruda) improves post-resection recurrence-free survival (RFS) in patients with high-risk stage 3 melanoma, compared with placebo. Eggermont revealed that the trial met its primary endpoint – a one-year course of 18 doses of pembrolizumab significantly reduced the risk of recurrence in this patient population.

“The study met its primary endpoint of a significant improvement in RFS with 200 mg IV Q3W (every three weeks) pembrolizumab versus placebo,” Eggermont said.

He added that across prespecified subgroups, including tumors expressing low and high levels of PDL1 and tumors with mutant versus wild-type BRAF gene, pembrolizumab treatment had consistent results, with a favorable safety profile.

The anti-CTLA-4 antibody ipilimumab (Yervoy) and the anti-PD1 antibody nivolumab (Opdivo) were approved, in 2015 and 2017, respectively, for this indication.

Study discussant, Antoni Ribas, MD, PhD, professor of medicine, surgery, and molecular and medical pharmacology at the University of California Los Angeles, addressed the question of whether one of the anti-PD1 antibodies is better than the other. After reviewing the available data on treating melanoma with nivolumab and pembrolizumab, Ribas concluded that the two antibodies produced comparable results in this patient population, and therefore the choice is the same as choosing between Pepsi and Coke!

“Discussion on which therapy to use should be based on thorough discussion with patients (after health care and drug regulatory approvals),” he noted. “The use of interferon and ipilimumab may no longer be warranted if options of anti-PD1 and/or BRAF+MEK inhibitors are available,” he concluded.

The next presentation titled, “Mobilizing immunity against ovarian cancer,” was by George Coukos, MD, PhD, from Ludwig Center for Cancer Research, University of Lausanne, Switzerland.

Coukos noted that while epithelial ovarian cancers lack a high mutational load, studies have shown that they are susceptible to immune recognition. Research by Coukos and team, published in Nature Communications, has shown that a large portion of ovarian cancers have neoepitope-specific CD8+ T cells in the tumors.

Coukos presented data from a pilot clinical trial in which he and his colleagues tested personalized neoantigen vaccines in 25 patients with recurrent ovarian cancer. The vaccines were generated using autologous dendritic cells pulsed with autologous whole tumor cell lysates and injected intratumorally. Some patients also received bevacizumab, which is known to induce T-cell infiltration, and low-dose cyclophosphamide, which can attenuate regulatory T cells.

Data showed that the personalized vaccine was feasible, well tolerated, and safe, both alone and in combination with one or the two other treatments. Patients in whom the vaccine could effectively mobilize neoepitope-specific T-cell responses had significantly prolonged survival. Vaccination also led to the priming of T cells against novel neoepitopes with high avidity. The authors published these data last week in Science Translational Medicine.

One of the recently identified hallmarks of cancer is immune evasion, the process in which cancer cells evolve to evade detection by the immune system, enabling them to grow and expand. Immune checkpoint inhibitors act by blocking the cancer cells from masking themselves so the cytotoxic T cells can “see” them and attack them. Research by Swanton and team has showed that one mechanism by which tumors evade the immune system is by lowering the levels of certain molecules, the HLA class I molecules, which the T cells have to recognize in order to attack the cancer cells.

Swanton discussed the latest data from the TRACERx study, a Cancer Research UK initiative designed to study the mechanisms of cancer evolution and tracking their evolutionary trajectory from diagnosis through to relapse. The team demonstrated that one potential mechanism by which the downregulation of HLA class I occurs is through loss of heterozygosity (LOH).

“HLA LOH is permissive for accelerated branched evolution and retention of high affinity neoantigen binders predicted to have bound the lost HLA allele,” he said. Swanton also noted that the TRACERx study revealed that chromosomal instability was associated with poor disease-free survival in patients with NSCLC.

“Chromosomal instability provides substrate for selection of 9p and 14q loss in renal cancer and poor outcome,” he concluded.

Shaping the future of cancer treatments

Mardis, who thanked the speakers for their exceptional presentations in her concluding remarks, said, “Taken together, these lectures emphasize the critical importance of basic cancer research that informs clinical trial design, identifies appropriate companion diagnostics, and shapes the future of precision cancer medicine.” Elaine Mardis, PhD, addresses the crowd at the Opening Plenary of the Annual Meeting 2018. Photo by AACR/Todd Buchanan 2018. 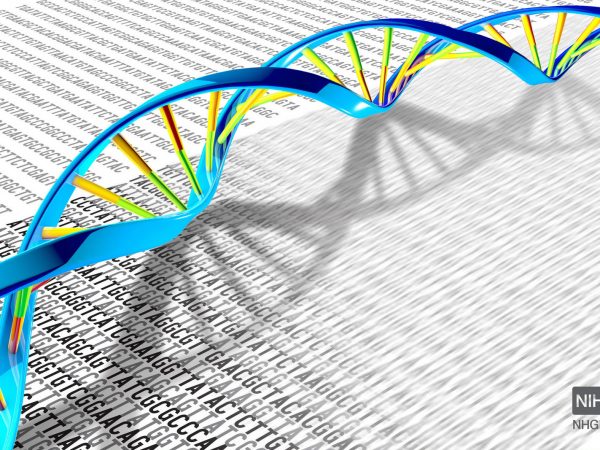