As part of ongoing efforts to increase dialogue between cancer patients, survivors, physicians, and researchers, Cancer Today hosts an online discussion about a book that provides a unique take on the cancer experience. This summer, the editors have chosen to talk about The New York Times best-selling memoir When Breath Becomes Air by Paul Kalanithi.

Published Jan.12, 2016, When Breath Becomes Air traces a young man’s struggles to understand and come to terms with mortality—first as a physician treating patients at Stanford University and then as a patient facing stage IV lung cancer at age 36. Kalanithi’s firsthand knowledge as a neurosurgeon—and his own doubts about measures he’s taken as a physician to extend patients’ lives—helped him approach his final days with careful measure. But navigating the uncertainty in the days between proved challenging.

Ultimately, Kalanithi found identity in his many passions—in literature, philosophy, a rekindled sense of religion, the practice of medicine, and of course, the tapping on a keyboard into the early morning hours. Knowing full well that he would only open himself up to more pain, Kalanithi and his wife decided to have a child: Elizabeth Acadia, “Cady,” who was born July 4, 2014.

Kalanithi died on March 9, 2015, before completing his book. His wife, Lucy, who is also a physician, wrote the epilogue of the book, and describes Kalanithi’s choices and his final moments surrounded by his family. In lieu of artificial ventilation, Kalanithi opted for morphine, and, in his final hours, he took off a breathing mask to hold his 8-month baby girl. He told Lucy, “I’m ready,” she writes. In a Q&A published in the summer issue of Cancer Today, Lucy shared how her grief has unfolded over the last three years and how she still feels connected to Kalanithi. She also discussed how the book has afforded her the opportunity to fuel deeper conversation about death as a part of life.

Readers who are interested in providing perspective can join Cancer Today’s book club discussion about When Breath Becomes Air through Sept. 22. They can also submit questions for Lucy and watch on the Cancer Today book club group page for her answers during a Facebook Live discussion on Aug. 22 at 1 p.m. EDT.

Cancer Today is a magazine and website for cancer patients, survivors, and caregivers, published by the American Association for Cancer Research. 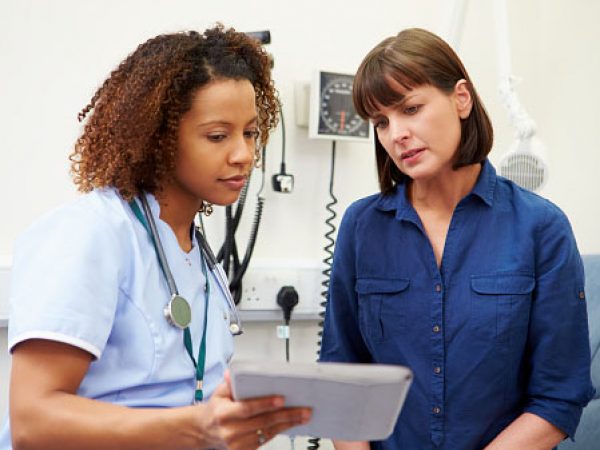