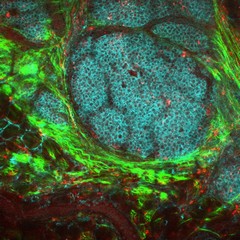 A breast cancer tumor and its microenvironment. Image courtesy of the National Cancer Institute.

Therapeutics that target two proteins called cyclin-dependent kinase 4 (CDK4) and CDK6 have revolutionized treatment for breast cancer, Richard S. Finn, MD, told attendees of the Making Science Count for Patients: CDK4/6 special session during the recent AACR Annual Meeting 2019. This session was designed to review the progress made with this class of anticancer therapeutics, starting from basic science through preclinical and clinical development, and to look to what we might expect from these agents in the future.

At the time of the session, Tuesday, April 2, 2019, there were three CDK4/6-targeted therapeutics approved by the U.S. Food and Drug Administration (FDA) for treating hormone receptor (HR)–positive, HER2-negative breast cancer: abemaciclib (Verzenio), palbociclib (Ibrance), and ribociclib (Kisqali). The use of these therapeutics was largely restricted to female patients; the only gender-neutral approved use was for abemaciclib as a single agent treatment for adult patients with progression of metastatic HR-positive, HER2-negative breast cancer following endocrine therapy and chemotherapy.

Just days after the session, however, the FDA provided good news for men with breast cancer when it approved expanding the use of palbociclib, in combination with endocrine therapies, to male patients with advanced or metastatic HR-positive, HER2-negative breast cancer. It is estimated that 2,670 U.S. men will be diagnosed with the breast cancer in 2019, according to the National Cancer Institute. “Today we are expanding the indication for Ibrance to include male patients based upon data from postmarketing reports and electronic health records showing that the safety profile for men treated with Ibrance is consistent with the safety profile in women treated with Ibrance,” said Richard Pazdur, MD, director of the FDA’s Oncology Center of Excellence in a press release from the agency.

CDK4/6-targeted therapeutics: from science to standard of care for breast cancer

Palbociclib was the first CDK4/6-targeted therapeutic to reach the clinic; it was approved by the FDA in February 2015. During the AACR Annual Meeting 2019 session, Finn, from UCLA’s Jonsson Comprehensive Cancer Center, provided an overview of the development of CDK4/6-targeted therapeutics as a treatment for breast cancer. His insight into these areas was invaluable because his demonstration that HR-positive breast cancer cells are sensitive to inhibition of CDK-4/6 provided some of the key preclinical rationale for the development of palbociclib, and he was one of the investigators leading the phase II PALOMA-1 clinical trial that yielded the data on which the approval of palbociclib was based. 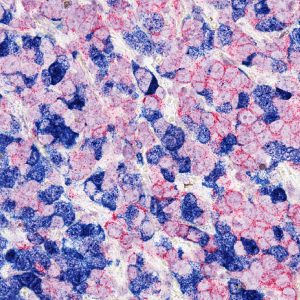 Finn started his presentation by noting that it is important to remember that it takes time before basic science observations have an impact in the clinic. It was back in the 1970s and 1980s that the initial pivotal basic scientific discoveries that led to the development of CDK4/6-targeted therapeutics were made by Leland H. Hartwell, PhD, R. Timothy Hunt, PhD, and Paul M. Nurse, PhD, who were awarded the Nobel Prize for Physiology and Medicine in 2001 for their discoveries of key regulators of the cell cycle, cyclins and cyclin-dependent kinases, he said.

The idea of targeting the cell cycle in cancer medicine was not new; after all, proliferation is a hallmark of cancer, Finn explained. Unfortunately, the first generation of drugs in the 1990s were pan-CDK inhibitors and they had a lot of toxicity, he added. Palbociclib was the first of a new generation of therapeutics that were specific for CDK4/6.

Finn then discussed some of the preclinical studies and clinical trials that led to the approval of palbociclib for women with metastatic HR-positive, HER2-negative breast cancer. The magnitude of benefit for this group of patients with palbociclib and the other FDA-approved CDK4/6-targeted therapeutics is remarkably consistent in terms of reducing risk of death, he said. But he believes that the biggest benefit of these therapeutics is yet to be seen, because these therapeutics may be able to cure patients with early-stage breast cancer.

CDK4/6-targeted therapeutics: beyond standard of care for breast cancer

Finn was followed by Benjamin O’Leary, MD, from The Institute for Cancer Research in London, whose presentation was titled, “CDK4/6 inhibitors: Beyond efficacy.” O’Leary’s remarks focused on the idea that now that CDK4/6-targeted therapeutics are part of the standard of care for breast cancer, we need to better predict who will and who will not respond to these targeted therapeutics and we need to understand the mechanisms of resistance to these agents in order to develop the next wave of treatments.

One approach that O’Leary and his colleagues have taken to address these two issues is to analyze circulating tumor DNA (ctDNA) obtained from serial samples from patients enrolled in the randomized, phase III PALOMA-3 clinical trial, which evaluated whether adding palbociclib to endocrine therapy with fulvestrant improved outcomes for patients whose HR-positive, HER2-negative breast cancer had progressed despite prior treatment with endocrine therapy.

The initial analysis showed that the presence or absence of mutations in either the ESR1 gene or the PIK3CA gene prior to starting palbociclib did not predict response. However, when they looked at changes in the levels of PIK3CA mutation ctDNA after 15 days of palbociclib treatment they found that those with a drop greater than the median had significantly improved progression-free survival, suggesting that early ctDNA PIK3CA mutation dynamics may provide a biomarker predictive of response to palbociclib.

By analyzing ctDNA from paired pre- and post-treatment samples from patients in both arms of the PALOMA-3 clinical trial, O’Leary and colleagues have also been able to look for genetic mutations acquired as a result of palbociclib treatment and as a result of fulvestrant treatment. One set of data from this study, showing that the acquisition of RB1 mutations are an infrequent but important mechanism of resistance to palbociclib and that PIK3CA and ESR1 mutations are important mechanisms of resistance to fulvestrant, was published in the AACR journal Cancer Discovery in November 2018.

Overall, O’Leary concluded that we have made a lot of progress in the last six to 12 months in advancing our understanding of the mechanisms of resistance to CDK4/6-targeted therapeutics, and how to identify those who are less likely to benefit from these agents and, therefore, need additional treatments. But this is all very new and there remains a lot of work to do, he cautioned.

Teh started her presentation by explaining that alterations in the CDK4/6 pathway are extremely common in melanoma. For example, BRAF and NRAS mutations are major drivers of melanoma, detected in about 50 percent and 20 percent of melanomas, respectively. These mutations cause constitutive activation of the MAP kinase pathway, which can lead to upregulation of cyclin D1 and, therefore, the CDK4/6 pathway, she said. 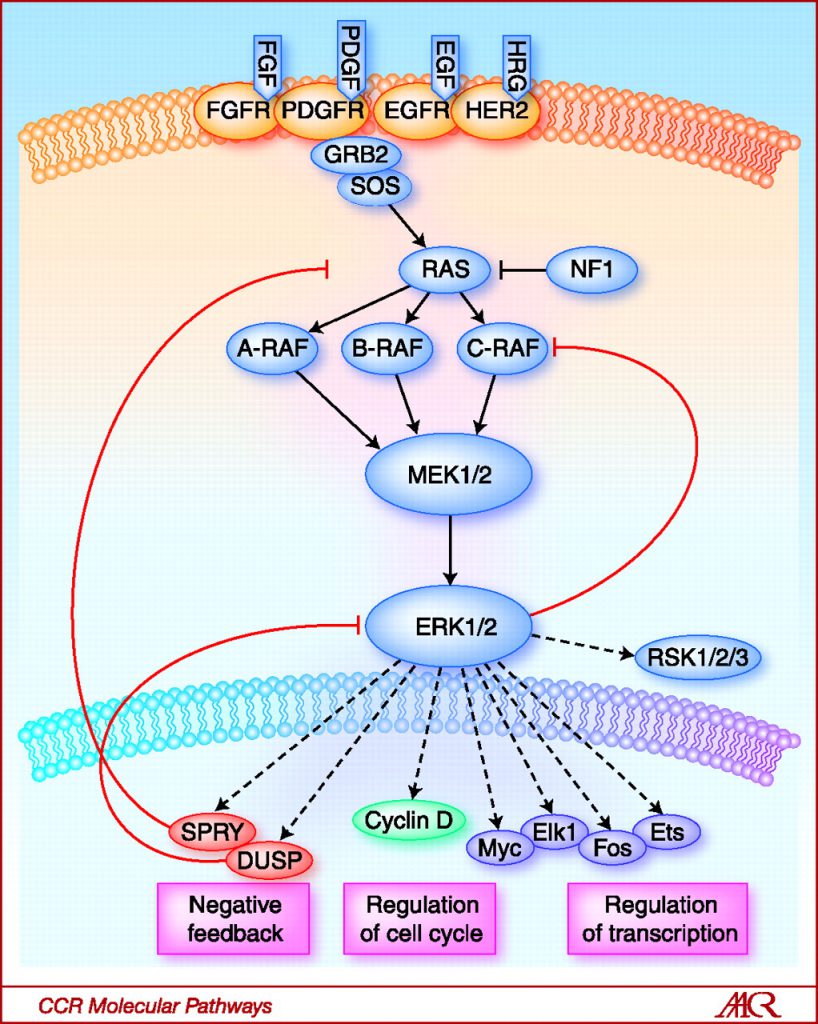 Despite the recent emergence of immunotherapy, and therapeutics targeting BRAF and MEK, not all patients have remarkable and long-term responses, so there remains a need for new treatment options for melanoma. One potential option could be CDK4/6-targeted therapeutics, said Teh, who went on to discuss her preclinical data, published in the AACR journal Cancer Research in September 2016, showing that combining CDK4/6- and MEK-targeted therapeutics yielded greater tumor regression than either therapeutic alone in a mouse model of BRAF-mutant melanoma.

Teh’s more recent preclinical results, published in Cancer Discovery in May 2018, identified acquisition of NRAS mutations as a mechanism by which BRAF-mutant melanomas acquire resistance to combined treatment with CDK4/6- and MEK-targeted therapeutics. Follow-up clinical data reported in the paper suggest that these preclinical results have clinical relevance because disease progression in a patient with melanoma being treated on the LOGIC-2 clinical trial with the triple therapy of BRAF-, MEK-, and CDK4/6-targeted therapeutics was associated with acquisition of an NRAS mutation.

“Clearly, there are limitations to targeted therapies, including CDK4/6 combinations, leading to rapid acquired resistance,” said Teh. “However, there is great interest in leveraging the durability of immune checkpoint inhibitors to overcome some of these limitations.” But before we can do this, we need to understand how targeted therapeutics affect the tumor immune microenvironment, she explained. 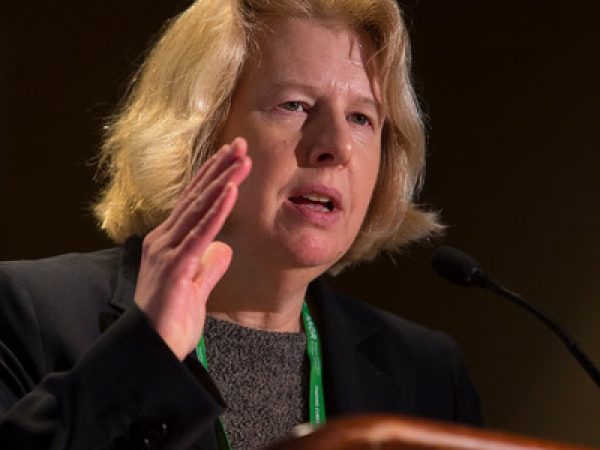 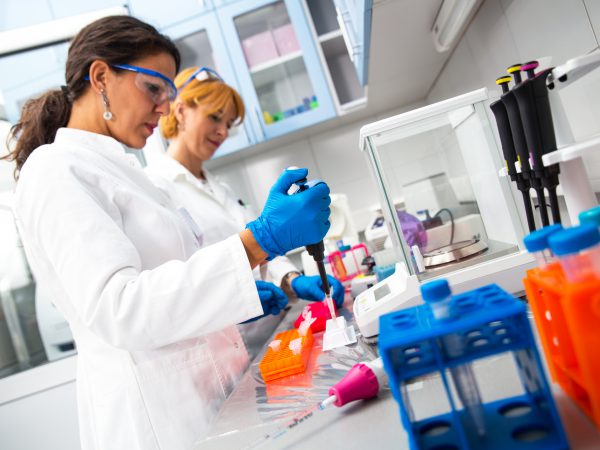 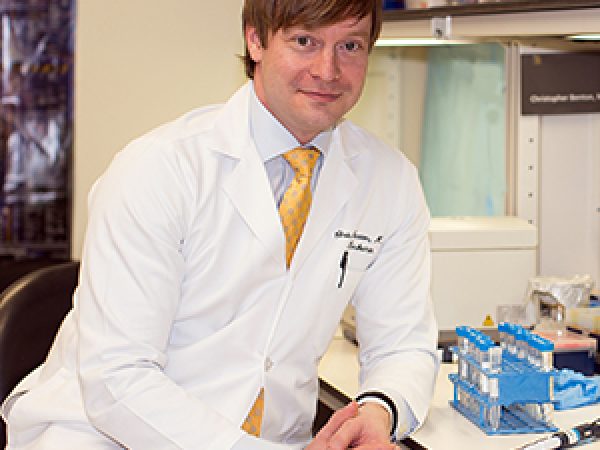