On May 14, alpelisib became the first approved PI3K-alpha–targeted therapeutic for use in the treatment of breast cancer. It was specifically approved for use in combination with fulvestrant for treating men and postmenopausal women who have advanced or metastatic, hormone receptor–positive, HER2-negative breast cancer that tests positive for PIK3CA mutations and has progressed during or after endocrine therapy.

The approvals of polatuzumab vedotin-piiq on June 10 and selinexor on July 3 have provided new molecularly targeted therapeutics for treating two of the more common types of blood cancer, diffuse large B-cell lymphoma and multiple myeloma, respectively.

Polatuzumab vedotin-piiq is an antibody-drug conjugate. It comprises the cytotoxic agent monomethyl auristatin E attached to an antibody that targets CD79b, which is a protein that is found on the surface of diffuse large B-cell lymphoma cells. Polatuzumab vedotin-piiq was specifically approved for use in combination with the cytotoxic chemotherapeutic bendamustine and the immunotherapeutic rituximab for treating adults who have large B-cell lymphoma that has not responded to or has relapsed after two other treatments.

Selinexor targets a protein called XPO1, which is found at elevated levels in multiple myeloma cells. It was approved for treating patients with multiple myeloma whose disease has relapsed subsequent to, or never responded to, treatment with at least two proteasome inhibitors, at least two immunomodulatory agents, and a CD38-targeted immunotherapeutic.

Darolutamide targets the androgen receptor. In doing so, it deprives prostate cancer cells of the androgens (hormones such as testosterone) that fuel their growth.

On July 30, darolutamide became the third therapeutic approved by the FDA based on its ability to increase the time before early-stage prostate cancer progresses and becomes metastatic. The other two, apalutamide (Erleada) and enzalutamide (Xtandi), were approved in 2018. These three therapeutics are specifically approved for treating nonmetastatic castration-resistant prostate cancer.

By keeping metastatic disease at bay, apalutamide, darolutamide, and enzalutamide are providing men like Ron Scolamiero, who was featured in the AACR Cancer Progress Report 2018, with new hope for living a longer life.

There are many clinical trials underway investigating whether anticancer therapeutics already approved by the FDA and in use for treating certain types of cancer can benefit patients with other types of cancer. It is likely, therefore, that there will be more expansions in the use of anticancer therapeutics in the future, and we look forward to keeping you up to date with these developments on Cancer Research Catalyst. 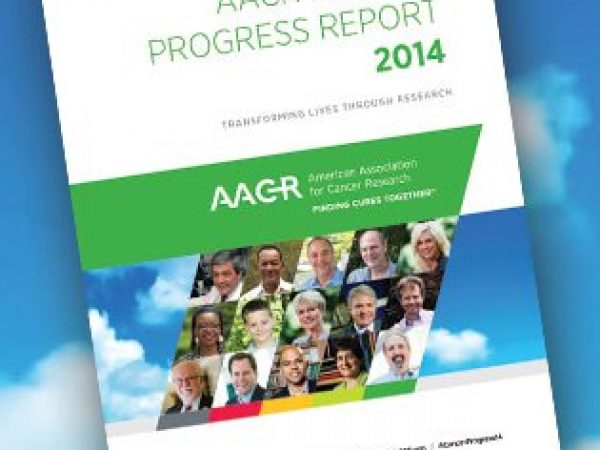