The American Association for Cancer Research (AACR) released its annual Cancer Progress Report today. The report serves as an important record of the progress that has been made against cancer in the past year.

Now in its 10th edition, the  AACR Cancer Progress Report  highlights the remarkable progress against cancer and underscores the importance of robust, sustained, and predictable growth in funding for the National Institutes of Health, National Cancer Institute, U.S. Food and Drug Administration, and Cancer Prevention and Control Programs at the Centers for Disease Control and Prevention. Funding for these agencies helps ensure that scientists can continue to develop lifesaving treatments for patients with cancer.

This message becomes even more compelling when it comes from patients and survivors of cancer who have directly benefited from research-driven advances against the disease. Each report features personal stories from such individuals who graciously share their experiences with the AACR. This year, they are joined by two members of the U.S. Congress whose lives have also been deeply affected by cancer. You can read more about their experiences in the full AACR Cancer Progress Report 2020. Here’s a brief glimpse at their stories.

As a medical student in the 1970s, Al Stroberg worked in a lab that was at the forefront of research on T cells, a key component of the immune system. Four decades later, drugs that harness the power of the immune system helped him recover from two forms of cancer.

In 2005, Stroberg was diagnosed with non-Hodgkin lymphoma. He received chemotherapy and an immunotherapeutic called rituximab (Rituxan), and recovered, returning to his work as an orthopedic surgeon.

Several years later, he was diagnosed with melanoma. Radiotherapy, chemotherapy, and interferon all failed to control the disease and caused painful side effects. In March 2011, the U.S. Food and Drug Administration (FDA) approved the immunotherapy ipilimumab (Yervoy), and a few weeks later, Stroberg began receiving infusions of the drug. After three infusions, Stroberg saw an obvious improvement, and he has continued to do well ever since.

“We need the federal government to invest in research  because  this will drive progress against cancer in the future,” he says. “There  is nothing more important than that  for  our children and grandchildren.”

Barbara Bigelow has been living with metastatic breast cancer for almost two decades. Cancer research has helped turn her disease into a condition that can be managed, even if it is not cured.

Bigelow was initially diagnosed with stage II cancer at the age of 44. Over the years, she has endured a myriad of treatments, from surgery to antihormone treatments to targeted therapies. By 2015, her cancer had changed from its initial ER-positive disease to the highly aggressive triple-negative subtype. However, genetic testing revealed that the tumors had a high mutational burden, including high amounts of the PD-L1 protein. That made her a candidate for treatment with the immunotherapy pembrolizumab (Keytruda) in combination with the chemotherapy eribulin. She experienced punishing side effects, but the drug combination drove her cancer to undetectable levels.

“I did not think I would live to see my oldest daughter graduate from college, let alone  get married  and have a child,” she says. “My husband and I are so happy enjoying  magical moments together.

“I also devote a lot of time and energy into raising awareness about metastatic breast cancer and the need for funding for research into the disease,” Bigelow adds. “It is the only way that we will save more lives.”

In June 2018, Steve and Kathrine Green received the horrifying news that their 4-year-old daughter, Cami, had a type of brain tumor called a high-grade glioma. Doctors initially said she may have three to six months to live.

The Greens decided to have Cami’s tumors genetically profiled, hoping to discover a mutation that would make her a candidate for certain treatments. Tests showed that her tumors had a ROS1 fusion, and that made Cami eligible for a clinical trial of entrectinib. She would take two pills a day for three years.

At the start of the trial, Cami had three obvious tumors. Today, she has none. She remains on the drug and is a happy, playful little girl. “We could not be more grateful to  all the researchers who played a part in developing  entrectinib  and all the health care professionals who played a part in caring for Cami,” the Greens say. “We want Congress to know that funding for research gave Cami a fighting chance at life, and every family  deserves this  chance.”

As Sandra Griego fought epithelioid sarcoma in  April  2016, doctors presented her with two treatment options: radical amputation of her whole left shoulder, or a clinical trial testing an oral medication called  tazemetostat (Tazverik). She opted for the clinical trial.

Within three months, CT scans showed that Griego’s tumor had shrunk substantially. She remains on tazemetostat  today. She reports that the tumor has not disappeared completely, but it hasn’t grown. “My oncologist says that this is called a partial response and it is a win for patients with epithelioid sarcoma,” she explains. “The  cancer is under control, I have  far less pain than I used  to,  and I have  regained some use of my left arm.”

Griego is grateful for support that she’s received from her husband, sisters, and neighbors. “I am also grateful to have had the opportunity to be a part of the clinical trial,” she says.

Ferda Martin’s breast cancer was a formidable foe. Doctors tried multiple strategies to stem her disease, but it kept progressing, eventually spreading to her lymph nodes. She feared that she would not live to see her young daughter grow up.

Enrolling in clinical trials benefited her, but the coronavirus pandemic threw her one more curve. She had been enrolled in a clinical trial of a therapeutic vaccine, but the trial was canceled in March 2020 due to the pandemic. Before long, she felt a hard lump near her collarbone, and tests showed that her cancer had spread again.

Martin’s oncologist recommended that she start taking sacituzumab  govitecan-hziy, which had just been approved by the FDA. After the first infusion at the end of June 2020, she could feel the lump near her collarbone getting smaller.  After  five infusions, she could  no longer feel it at all.

“I’m grateful to be alive,” Martin says.  “Cancer brought me clarity, and I embrace joy and happiness. I  continue  to  make more memories with my daughter.”

Leonard Ganz was diagnosed with metastatic urothelial carcinoma in May 2012. He underwent surgery and did well until January 2019, when the cancer recurred.

He was treated with chemotherapy for five months, and showed no significant improvement. However, testing revealed that his lung tumor had a high mutational burden. That made him a candidate for a clinical trial testing  pembrolizumab (Keytruda).

“In the 11 months since I started on the trial, the tumor has shrunk dramatically,” Ganz reports. “My wife and I are overwhelmed by the results, and we couldn’t be more thankful for all the research that made this possible.

“The  incredible results I have seen with pembrolizumab have outweighed the disappointment that I felt when the chemotherapy was ineffective,” he says. “I choose to keep a very positive outlook and to move forward with my life;  there is a lot to be grateful for.”

U.S. Rep. Peter King, a Republican representing New York, has had far too many family members diagnosed with cancer. His daughter, mother, sister, and niece all battled various forms of the disease. All were diagnosed at fairly early stages and went on to live healthy lives.

King contrasts their experience with that of his father, who was diagnosed with prostate cancer in 1976, at age 60. He recalls that his father had not previously received annual physicals, did not talk about his illness, and died after six years of “quiet suffering.”

“I believe that early detection saved my daughter, mother, sister,  and niece and would have saved my father if he had  gone for  a routine physical and paid attention to the obvious symptoms,” King says.

As a U.S. Congressman, King has worked to sustain robust funding for the National Institutes of Health and the National Cancer Institute. He applauds the many cancer researchers, survivors, and advocates who visit Washington, D.C., each year to advocate for continued strong funding for medical research.

“It is extremely important that researchers and patient advocates  share  their stories on  Capitol  Hill,” King said. “It is impactful  to put a name and a face to a request. Members and  congressional  staff remember these stories when it comes time to  decide  which items or bills to support.”

Her second experience with the disease showed her how much has changed in cancer care and treatment and reinforced the importance of continued federal investment in medical research.

“During my second cancer fight, I would go to work in the morning, drive to  the hospital  to get my treatment, and then would go back to work after it was over,” McBath says.  “Many people with cancer can now  live  fairly  normal  lives outside of their treatment, and that is so important because it allows  people  to have a sense of normalcy. They can continue to be with their friends  and loved ones and just focus on getting better.”

McBath has supported funding increases for the NIH and for the Department of Defense Congressionally Directed Medical Research Programs. Now, she wants to raise awareness of disparities in health, and has introduced legislation that would support further research into the causes of these disparities.

“Unfortunately,  there are many  health inequities  that  communities of color  face and this  has played an integral role in the poor outcomes we are seeing today.  I believe that we must invest  in those  communities that are suffering these disparities. If we want to decrease the incidences of cancer, there are a host of social ills we must identify and address,” she says. 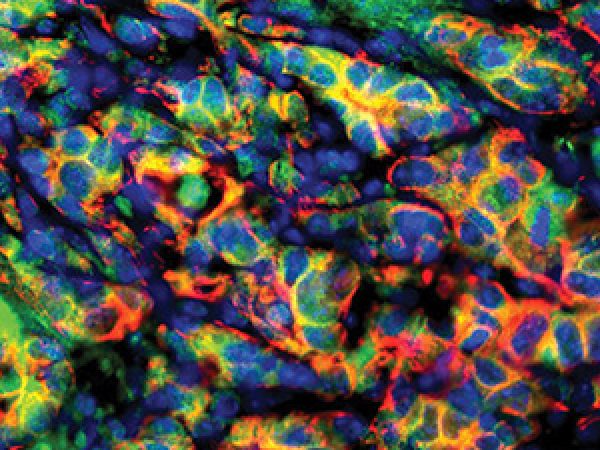 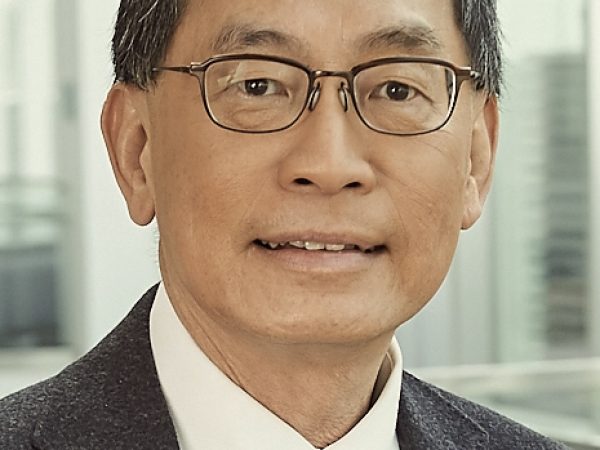