Home > Cancer Research Catalyst > After Radiation, a Run for Research

As the temperature soared this summer, the laps around the park became harder to endure.

When her skin chafed from radiation, her doctor told her to take it easy.

Still, Tanya Hall ran. With just a few radiation sessions to go, and the American Association for Cancer Research (AACR) Rock ‘n’ Roll Philadelphia Half Marathon growing ever closer, she summoned all the strength that had powered her through her battle with triple-negative breast cancer, and she ran.

On September 18, Tanya will participate in the half marathon as an ambassador for the AACR Runners for Research team. The AACR is the charity title partner for the race. Tanya joined the team after her treatment for breast cancer gave her a newfound appreciation for the way research has transformed cancer care. Tanya Hall, prior to her diagnosis with triple-negative breast cancer.

Within days, she was diagnosed with stage 2 triple-negative breast cancer, which had spread to her lymph nodes.

Triple-negative breast cancer can be more aggressive than other forms of the disease and has lower five-year survival rates.

Tanya didn’t realize that when she was first diagnosed. “I didn’t even know there was more than one type of breast cancer,” she says.

Her doctors recommended chemotherapy to shrink her tumor, followed by surgery and radiation. Her response was swift and successful.

“After the first treatment, I felt the lump get softer,” she said. “By the time I finished chemo, the tumor was undetectable. The doctor said, ‘Congratulations – this is what we call a complete pathological response.’ ”

By the time Tanya had surgery, there was no lump, and the surgeon removed only scar tissue and four lymph nodes. Tanya then began a round of radiation therapy. Although she found the radiation less physically punishing than chemotherapy, it required 33 near-daily sessions, which felt more mentally taxing. Along the course of her treatment, Tanya learned a great deal about how research has changed and refined the way doctors treat breast cancer. Her chemotherapy with doxorubicin (Adriamycin) and cyclophosphamide (Cytoxan) followed by paclitaxel (Taxol) was augmented by pegfilgrastim (Neulasta), which stimulates the growth of white blood cells, aiming to fend off infection. With relatively good health throughout her treatment, she continued her work in marketing for a major insurance company, drawing on support from her colleagues. She already worked from home, which made it easier to manage appointments, and she felt that working helped her retain a sense of the identity that she had before being diagnosed with cancer.

Although her attitude is relentlessly positive, she confesses to some worry and fear about cancer. After all, she was only 49 years old. She didn’t smoke or drink, ate well, had no family history of breast cancer, and had received a clear mammogram just months before her diagnosis. She wonders how her cancer developed so quickly, and hopes that researchers can continue to discover ways to improve treatment and ultimately prevent cancer.

“It’s very encouraging to me that this research is being done,” she said. “And more research needs to happen.”

And that’s why she decided to become an ambassador for the AACR Rock ‘n’ Roll Half Marathon, joining the AACR Runners for Research team. As she logs training miles in a park near her South Jersey home, she draws on the same sources of strength that got her through her cancer treatment. She thinks of her daughter, who spent many evenings tending to her … her son, who will be watching on race day … her husband, who supported them all … and her faith, which she credits for carrying her through the course of her illness.

For more information on the AACR Runners for Research program, click here. 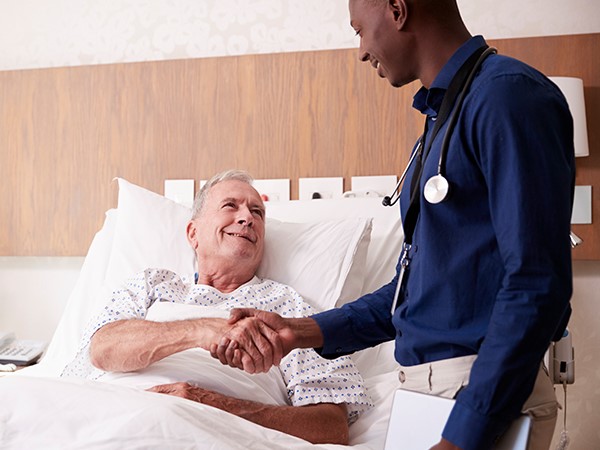