I celebrated my 63rd birthday in April 2012. The week before, I got a terrible chest infection, which made me feel so horrid I didn’t even want a cigarette. As a true smoker does, I did persevere and try a couple, but I didn’t enjoy them. That was the beginning of a grueling few months.

I went to see my doctor, with what I thought was arthritis pains in my legs. He referred me to the hospital. After being examined for about two hours from head to foot, including an x-ray, they let me go home.

Two days later I received a letter saying I should go for a CT scan the following day due to an abnormality on the x-ray. I was taken into a room where an image of my lungs was on the screen. I knew deep down what was going to be said. The doctor explained I had a tumor on my lung, and he was 99 percent certain it was cancer. He did try to reassure me that it was contained and should be able to be removed.

After that day, my world was turned upside down. I had numerous x-rays, PET scans, and CT scans. A doctor explained in full what I had: two primary tumors, one of which was on my windpipe and pressing on the main artery to my brain.

He referred me for an exploratory operation to see how bad it was. When I came to, the surgeon said he had managed to separate the cancer from the windpipe and artery, so the big operation could now go ahead. I had my whole right lung removed three weeks later.

Seven days after surgery, I was discharged from the hospital. Recovery was very hard work, and I must admit I had quite a few panic attacks. Breathing and going upstairs was difficult. Eventually I was feeling a lot better and just getting my strength back, when I got an infection where I had had a chest drain. This required more antibiotics and nursing care, which upset me.

After two weeks I had to go see the doctor again, regarding chemotherapy. She looked at my infection and doubled the antibiotics, which made me feel even worse. She told me to come back in two weeks to see if I wanted to go ahead with the chemotherapy.

After talking it over, I decided to give chemotherapy a try. It was offered to me as an extra safeguard in case there were any undetectable cancer cells. They told me one in 20 people benefit from this treatment. It wasn’t a guaranteed fix, and there were a lot of risks to it. My first chemotherapy treatment lasted eight hours. I thought it wasn’t too bad.

The next morning I felt very sick and nauseous. I got tinnitus in my ears, I couldn’t stand any food. I was determined to keep taking the anti-sickness tablet to feel better. I stuck this out for six days, but by the Monday when I was due to have a pre-assessment for the next day’s chemotherapy, I virtually crawled into the hospital and collapsed. I was put on fluids that day via an intravenous drip.

They eventually sent me home, but wanted to check on me the next morning. That morning I got out of bed, felt sick again, then just collapsed back on the bed. I could not stand up. I went back to the hospital and they kept me there. I was put on fluids and anti-sickness drugs and monitored for five days. The doctor came to see me and said, “No more chemotherapy for you. It is far too dangerous for your body.” I could have kissed her.

I recovered, but a year later, I had a heart attack. Luckily, no procedure was needed. They put it down to the chemotherapy weakening my heart muscles.

A year after that, after getting a routine blood test, it started again. This time, the cancer was on my adrenal gland. I was operated on and all went well. It has been a year since my last operation, and so far everything shows that I am cancer-free.

My advice: don’t smoke. If you do, STOP. 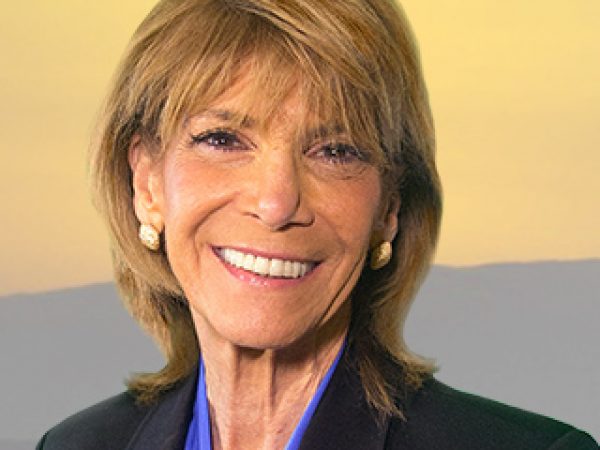 Renee Is Thriving Thanks to Cancer Research