Armed with a one-year fellowship from the AACR, a young researcher has been taking a new approach to understanding more about how damage to a “tumor suppressor” protein can influence cancer development.

As a graduate student pursuing a doctorate at the University of Massachusetts Medical School in Worchester, Hugh Gannon, PhD, developed a strong interest in p53, a so-called “tumor suppressor” protein.

It has long been known that p53 naturally functions to control cell division and prevent uncontrolled cell growth and tumor development, and that the protein is mutated or inactivated in many cancers.

Yet much remains to be discovered. After receiving his doctorate in 2012, Dr. Gannon began his postdoctoral work at the Dana-Farber Cancer Institute in Boston under the mentorship of Matthew Meyerson, MD, PhD. There he decided to explore the fundamental mechanisms governing the influence of p53 on tumor initiation and growth, which were still largely unknown.

“As I was transitioning from graduate school to my postdoc, a number of papers were published that suggested the canonical [type] pathways downstream of activated p53 (cell cycle arrest, apoptosis, and senescence) were dispensable for p53-dependent tumor suppression,” Dr. Gannon explained for a recent post on CANCER RESEARCH Catalyst, the American Association for Cancer Research’s (AACR) blog. “This sparked my interest in p53’s lesser-studied role in regulating oxidative stress in cancer.”

This was a new approach to understanding the function of p53 in cancer, which is vital because targeting p53 for therapeutic purposes is proving challenging.

While p53-related therapies have mostly focused on reactivating wild-type p53 function, Dr. Gannon’s current work is seeking to exploit a pro-survival function of p53 that may be missing in cancers with disrupted p53 function.

He is taking a large-scale approach, using expansive genomic data sets to identify potential therapeutic targets in cancer. Dr. Gannon views this type of research as the next frontier in basic cancer research.

“Large-scale genomic data sets will be invaluable in identifying potential therapeutic targets in cancer,” he says. “These big data sets will also provide a more comprehensive list of mutations in each cancer type and could create novel patient stratification strategies so that the best response to current therapies can be achieved.”

Basic research such as Dr. Gannon’s can lay the foundation for major breakthroughs in cancer treatment. In order to develop novel and effective therapeutics to treat a disease, we must first have an understanding of the molecular basis for that disease.

One of the many ways in which the AACR supports basic cancer research is through its Basic Cancer Research Fellowship program that awards one-year fellowships to several junior researchers each year. This program has provided many young investigators with the resources needed to pursue fundamental scientific questions since 1996.

Dr. Gannon is the recipient of the 2013 Anna D. Barker Fellowship in Basic Cancer Research.

“This AACR grant has greatly impacted my training by allowing me to pursue a multidisciplinary project involving genomics, gene expression, and metabolism across hundreds of cancer samples and cell lines,” says Dr. Gannon. “These experiences have shaped the way I view and use large-scale datasets to independently generate my own hypotheses that can be potentially tested in the next phase of my career in cancer research.”

What is unique about Dr. Gannon’s funded project is the ease with which it transitions between basic and translational research.

Much of this transition can be attributed to the advances in genomics and sequencing, often employed to tease out these potentially important mutations that could serve as new targets for cancer therapeutics and benefit patients.

“Sequencing studies can reveal potential drivers that can lead to targeted therapy development and identify mutations in rare patients that display exceptional responses in clinical trials,” Dr. Gannon says. “While this fast-paced translational work is compelling, I feel it is important at this time to further explore p53 function through basic research. The importance of p53 in cancer has been thoroughly established; once we fully understand why this is the case, effective treatment options in tumors with TP53 mutations will become apparent.”

Dr. Gannon is now nearing the end of his fellowship term. His time as an AACR grantee, however, has set the stage for a productive independent career by providing him with the necessary funding to make his innovative research ideas a reality.

This article was adapted with permission from a number of posts on the AACR’s official blog, CANCER RESEARCH Catalyst. Read the original post on Dr. Gannon’s work. 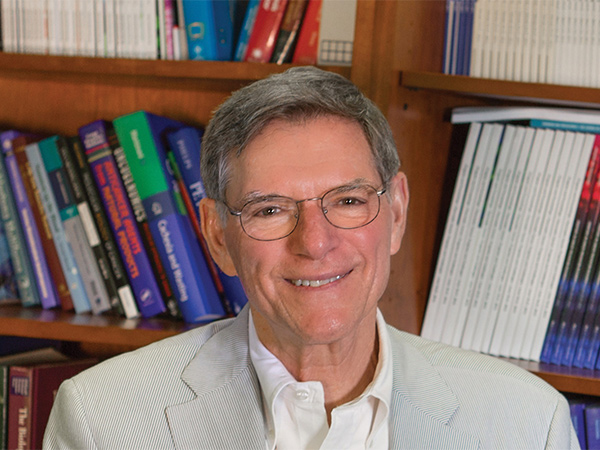 A Visionary With a Focus on Patients