Confronted with a relapse of his chronic lymphocytic leukemia, Brian Parkinson enrolled in a clinical trial of an investigational molecularly targeted therapeutic.

As Brian Parkinson, a fourth-generation farmer from Milan, Illinois, explained, hope is an essential characteristic for farmers.

“You hope that the corn and soybean market is going to go up,” he said. “You hope you’re going to get your crop harvested before that big storm hits or a big insect infestation strikes. We have a lot of faith and hope, farmers do.”

So when Brian was diagnosed with chronic lymphocytic leukemia (CLL) in 2010, and again when his cancer recurred four years later, that hopeful optimism carried over to his approach to his treatment.

The harvest in 2009 was challenging for Brian. It was a particularly cold and wet season that featured an early snow, hampering his ability to harvest the corn. Moreover, he developed a persistent cold.

“I was able to get through Thanksgiving all right, but then it snowed on my crop and I couldn’t complete the harvest,” he said.

Brian’s physical condition got worse and worse, so he went to a local clinic for a quick checkup. He, now 61 years old, hadn’t been to a doctor in decades. The clinic sent him for a chest X-ray and he was diagnosed with pneumonia. It took multiple rounds of antibiotics before he felt better, at which point he decided he had better go to a physician for a full physical.

“So I went to my brother’s doctor and he gave me a compete physical and they took a blood sample,” Brian recalled. “The next day, the doctor left me a message saying, ‘You have a problem, and I’ve made you an appointment with an oncologist.'”

The oncologist delivered the bad news: Brian had leukemia and he needed to get to the hospital right away. The leukemia had caused his blood to become congested with white blood cells, putting him at risk of developing a clot and having a stroke.

The immediate crisis was controlled at the local hospital by cleaning out the white blood cells using a process called leukapheresis, during which his blood was withdrawn, separated to remove the leukocytes [white blood cells], and retransfused into his body.  Brian then decided to travel to Chicago for treatment at Northwestern Memorial Hospital.

“I decided on Northwestern because it is a leading research hospital, they had clinical trials that I could potentially enroll in, and, of course, they have top experts in cancer and leukemia,” he said.

After a battery of tests, including a bone marrow biopsy, Brian learned that he had CLL and began a six-month regimen of chemotherapy. At the end of that time, there were no signs of the leukemia in his body. Still, his oncologist couldn’t say Brian was cured.

And four years later, as Brian prepared for an expedition to climb Denali – [mountain climbing was a fairly new hobby; he’d long enjoyed sailing] – a routine follow-up blood test found that the leukemia was back. He was given a choice of a new regimen of chemotherapy, which he could start after attempting the climb, or enroll in a clinical trial of the investigational molecularly targeted therapy venetoclax (Venclexta), then called ABT-199.

“I opted to stay home and take the treatment,” he said.

Today, Brian said, he is doing very well and has been training to climb the tallest mountain in Europe – 18,442-foot Mount Elbrus in Russia. He continues to take venetoclax daily.

“The importance of funding cancer research is immeasurable to me,” he said. “I just would wholeheartedly say that we have to research these things because – I’m just a farmer out in the middle of my cornfield – it seems to me a lot of people are getting cancer, one type or another. Maybe it’s just because we’re living longer, or we’re living harder, whatever the reason, but it seems to me that there’s a lot of it going around. So I’d say do the funding now, or maybe pay the price later.” 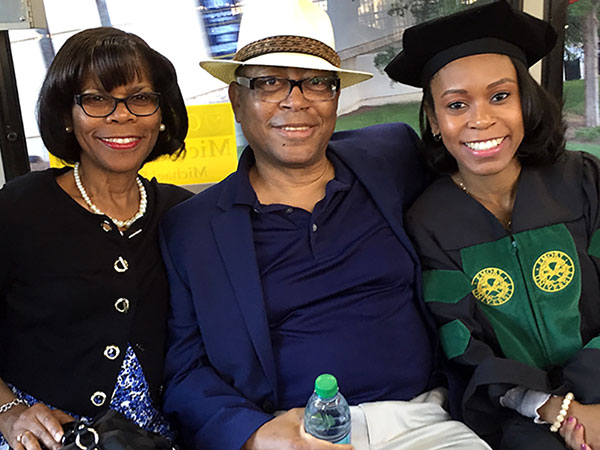