Randy Layne and his wife, Ellen, teamed up to tackle his bladder cancer diagnosis, treatment, and difficult recovery.

While sledding with his 10-year-old son near his home Crystal Lake, Illinois, in December 2005, Randy Layne hit his back on a tree.

Later, when he noticed some blood in his urine and went to the emergency room at a local hospital in suburban Chicago, Randy assumed the problem was related to his sledding accident. An ER doctor prescribed Randy an antibiotic and told him to follow up with his primary care physician if he saw any more blood.

In January, finding blood in his urine again, Randy quickly set up an appointment with his doctor. Although he had no other symptoms, the doctor, whose own mother had recently died of bladder cancer, recommended Randy see a urologist just to be on the safe side.

Despite an initial CT scan that didn’t reveal a tumor, Randy continued to see blood in his urine. Randy returned to the urologist who performed a cystoscopy – a procedure during which a flexible instrument called a cystoscope is passed through the urethra into the bladder to allow the doctor to look for tumors.

The procedure revealed a 1.5-centimeter tumor that had grown into the muscle layer of Randy’s bladder. While small tumors can be removed with a cystoscope, Randy’s tumor required surgery and the urologist referred him to Rush University Medical Center in Chicago and urologic oncologist Christopher L. Coogan, MD.

Bladder cancer is one of the most common types of cancer in the U.S. with an estimated 74,460 new cases diagnosed in 2014, according the National Cancer Institute’s Surveillance, Epidemiology, and End Results (SEER) Program.

Randy’s cancer was advanced. Dr. Coogan recommended a nerve-sparing radical cystectomy. He removed Randy’s bladder and replaced it with a “neobladder” constructed with a portion of his small intestine. This has given Randy the ability to urinate in the usual way, without using a catheter or urine bag worn outside the body.

Faced with a challenging recovery – Randy spend 10 days in the hospital following his surgery and it was two months before he could return to work – he relied on his family and in particular his wife Ellen. Fueled by his own wish to recover and gentle but firm nudging from Ellen, Randy found the motivation to get better.

By spring 2007, he felt well enough to return to coaching youth baseball.

Since his recovery, Randy has dedicated time to volunteering for the Bladder Cancer Advocacy Network (BCAN), a nonprofit that promotes awareness of
the disease and supports research. In 2013, Randy spoke at a BCAN think tank panel, where he told doctors about his struggles with sexual dysfunction and advised them to take more time to explain the potential for this treatment side effect to new patients as Dr. Coogan had done for him.

Cancer Today, is the American Association for Cancer Research‘s magazine and resource for patients, survivors, caregivers, and others. “Having made it through this myself, if I can do something to help others, I feel like I ought to do that.”

Read Randy’s full story “Hope and Endurance” and learn what he is doing to help others diagnosed with bladder cancer in the Winter 2014 issue of Cancer Today. 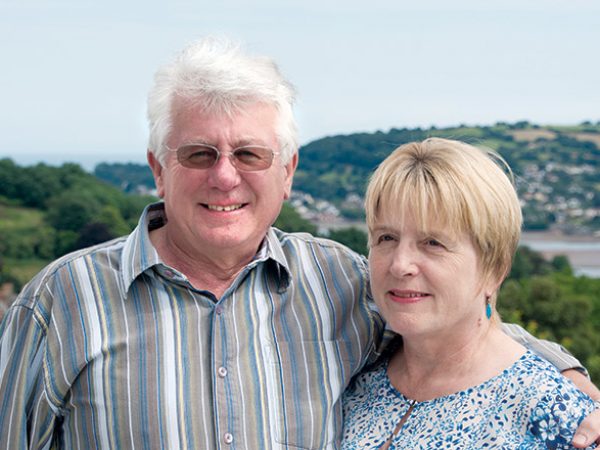 Experiencing a Special Moment Thanks to Immunotherapy