People run for many different reasons. Some run for the pure enjoyment it brings, some for the competition, some to be with friends, and others, most importantly, to support one charity or another.

I began running half marathons in 2005 for the pure enjoyment it brought me. It soon developed into a competition against myself to see what personal records I could break.

In the winter of 2007, all of that changed for me. My brother was diagnosed with throat cancer. I started thinking about him as I was running. His positive attitude and courage inspired me. Later that year, they found a spot on my brother’s lung, and he was diagnosed with lung cancer. He remained positive and showed such courage; he never played the victim or asked, “why me?” Instead, he accepted what was happening and focused his energy on beating cancer.

During my long runs that followed, when I would start to get tired or feel sorry for myself, I thought about my brother and how quitting was not an option for him. I drew on his strength and his positive attitude to get me through my half and full marathons. I began dedicating my runs to my brother because he was such a big part of my accomplishments, both mentally and spiritually.

My brother lost his battle with cancer in August 2009. But he never gave up hope and never quit. He was my hero and my role model.

In the fall of 2010, my best friend, Karin Gander, who got me started in running by challenging me to run a 5K in 2005, called to tell me that she had been diagnosed with breast cancer. I was devastated; I had just lost my brother to cancer. How could this be? She’s so healthy and in such great shape, I thought.

Like my brother, Karin displayed the kind of courage that one could only hope to possess in such a critical situation. She accepted her circumstances and focused on beating cancer rather than feeling sorry for herself. Karin and my brother brought me strength and determination on my half and full marathons. I was no longer running alone; they were right there with me and they encouraged me with each and every step, because there was no giving up. They made the choice to fight and persevere, so how could I do anything but the same?

These are just two of the reasons why being associated with the American Association for Cancer Research (AACR) is so meaningful to me. Being an honorary ambassador for the AACR Rock ‘n’ Roll Philadelphia 1/2 Marathon, Oct. 31, 2015, is a way for me to honor the memory of my brother and celebrate cancer survivors like Karin. 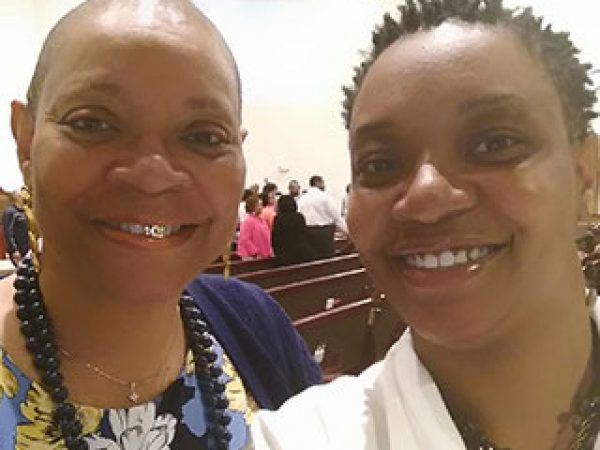