When chemotherapy didn’t halt her cancer, Donna Fernandez turned to an immunotherapy trial drug to keep the disease in check.

When Donna Fernandez began putting on weight, she became concerned about her thyroid and went to a primary care physician for a checkup, hoping that she’d get a pill to take care of the problem.

At 59 years of age, Donna was in good shape, working on agility training with her dogs five days a week and otherwise keeping active, so the weight gain seemed strange.

“I just kept putting on weight, putting on weight, and I decided I had a thyroid problem, so I went to the doctor for the first time in 10 years,” Donna said. “She felt a knot on my collarbone and decided a CT scan would be in order.”

The doctor called with the results, telling Donna and her husband that she had some funny stuff going on with some cells, and that she thought I needed to go have a PET scan. After the scan, it took a week or a week and a half for her to call us back with the diagnosis. We were sitting in the parking lot of a restaurant, getting ready to go eat lunch one day, and we got the news that I had lung cancer.”

Donna said she cried a little, but not very much. She had an inkling that it was cancer – especially after Googling PET scans and learning they are often used to detect cancer – but she’d hoped it wouldn’t be lung cancer. Donna’s father had died of lung cancer at the age of 49.

“Our reaction was pretty much shock followed by – well, OK, let’s do this.”

Despite being a brand new patient, the primary care physician Donna had gone to for what she thought was a thyroid condition took the couple under her wing and guided them through their cancer journey.

“I was so lucky because my PCP was unbelievable,” Donna said. “When she called to tell me that I had lung cancer, she had already set up an appointment for me the next day with an oncologist and we went back to visit her after each oncologist appointment. When we told her that the oncologist had arranged for a biopsy appointment several weeks after we saw him, she got on the phone and had the appointment moved to that very day.”

Quickly she began a chemotherapy regimen that would make her extremely sick the first week of each cycle. Then she would begin to recover in the second week, and start to feel human again in the third week, before it was time to start the cycle all over again.

“Eventually my body couldn’t handle it anymore and the oncologist switched me to a maintenance therapy,” Donna said. “But that still made me sick, so after about eight weeks I stopped all treatments and the tumors began to grow immediately. At that point, my oncologist told me I had two options. One was chemotherapy that he said usually didn’t work as well as the chemotherapy I had already received and had worse side effects. The other was a clinical trial. I thought for about one minute and I chose the clinical trial.”

“Nivolumab has been a miracle drug for me, especially compared with chemotherapy,” Donna said. “The only side effect I have, ironically, is that my thyroid stopped working, so I have to take a pill for that every day. I live my life like I did before my diagnosis. I run agility with my dogs several days a week and I barely realize that I’m being treated for lung cancer anymore.”

While Donna’s tumors have not gone away, they have stopped growing. And she recognizes that she wouldn’t be where she is today without the clinical trial she continues to participate in and the years of cancer science that went into the development of nivolumab.

Donna explained that her experience demonstrates the importance of continuing to invest, and increase our national investment, in cancer science. She is also concerned about the stigma associated with lung cancer that smoking causes.

“Lung cancer doesn’t just happen to people that smoke; lung cancer happens to everybody,” she said. “Some of us who have lung cancer and who advocate for lung cancer survivors have a saying: ‘If you have lungs, you might get lung cancer.'” 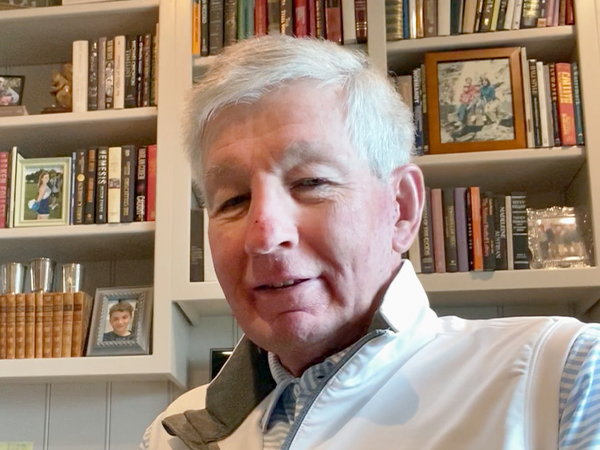