Diagnosed in 2008 with a rare and aggressive form of cancer in her thyroid, Lori Cuffari relied on clinical trials to keep the cancer in check.

Lori Cuffari was at her desk preparing for a presentation when she felt something strange on her neck. Looking in the mirror, she didn’t notice anything until she tilted her head back and found a “huge lump” on the right side of her neck.

Lori immediately went to her primary care physician, insisting that he give her an appointment. The doctor thought the lump might be a goiter, but tried to assure her that even on the off chance it was thyroid cancer “it’d be okay,” perhaps a natural assumption given that nearly 98 percent of people in the United States diagnosed with thyroid cancer survive five years.

Her doctor ordered a fine needle aspiration to check the lump. She had it done a couple weeks later at a local hospital. The results suggested Hurthle cell cancer – a rare and often aggressive type of cancer in the thyroid.

“I was surprised and scared and shocked and all of those things rolled into one,” Lori said. “Hearing the word cancer makes you stop in your tracks for sure.”

Even as Lori and her husband searched for a surgeon to remove the cancer, she resolved to change her lifestyle by eating even healthier than she’d already been eating and exercising more. She found yoga, in particular, made a real difference for her. Meanwhile, she and her husband met with a couple of different surgeons looking for one with whom she felt a strong connection.

“Once we found a surgeon, he said, ‘we gotta get this out.’ And that’s how it all started,” she said.

Lori’s journey involved two surgeries to remove the cancerous part of the tumor and then the remainder of the butterfly-shaped thyroid gland after testing confirmed that she had Hurthle cell cancer. She also received radioactive iodine treatment. Scans showed three suspicious spots on her lungs but they still had to watch and wait to see if those spots grew.

Six months after surgery her thyroglobulin levels were high and it became clear the cancer had spread. She and her husband looked for solutions and with the help of her surgeon found a place to start: two phase I clinical trials at Memorial Sloan Kettering Cancer Center in New York, and then two clinical trials at the University of Pennsylvania’s Abramson Cancer Center in Philadelphia for the past six years.

Lori’s side effects included a collapsed lung early in her treatment. She dealt with severe hand-foot syndrome, dramatic weight loss, and unending gastrointestinal distress. Much later in treatment she developed a large tumor in her ocular muscle, which immediately moved her off her first trial at Penn.

Within one month of discovering that eye tumor, she underwent 25 rounds of proton therapy and a four-month wait for a spot on a new clinical trial of the drug lenvatinib, a molecularly targeted therapeutic. During her wait, the cancer began to progress and was visible outwardly, with swollen lymph nodes all over her body. It was a very scary time for Lori and her family.

Lenvatinib has worked well for Lori, keeping her cancer in check and even enabling her to regain some of the weight she lost during earlier treatments.

“I think it’s our obligation as cancer patients to participate in clinical trials,” Lori said. “We have the disease, so we need to pay it forward. We need to do something to help advance research and by being in a clinical trial you’re helping. You could help oodles of people in the future and if we don’t they’re not going to learn what will make a difference to the future of cancer care.”

About four months after Lori began the lenvatinib trial, the U.S. Food and Drug Administration (FDA) approved the medication, which is being sold under the brand name Lenvima, for the treatment of patients with locally recurrent or metastatic differentiated thyroid cancer.

The AACR was saddened to learn that Lori died since this article was published. We are deeply grateful to her for sharing her cancer experience with the AACR. We offer our heartfelt condolences to her family and friends.

Accessing a Clinical Trial During the Pandemic 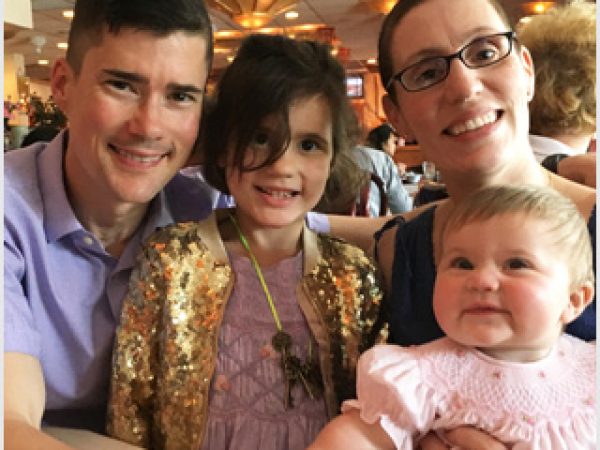 Striving for a Full Life with Metastatic Cancer 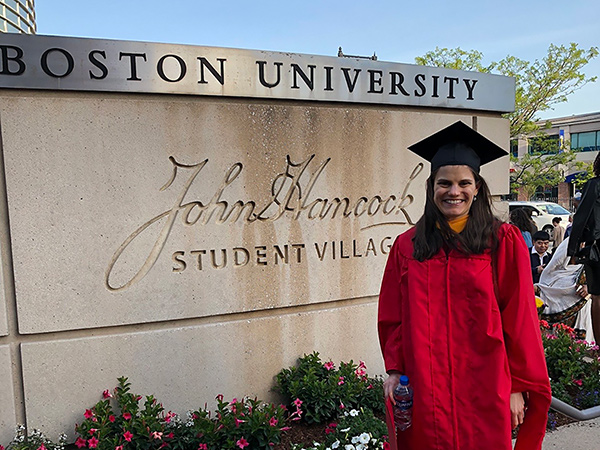 What It’s Like to Get a “C” in Graduate School