After surviving ovarian cancer nearly two decades ago, Dicey Scroggins has worked to support others diagnosed with these often hard to detect cancers.

Mary “Dicey” Jackson Scroggins knew something was wrong for about two years, but she never suspected cancer.

“I had experienced symptoms that could have suggested ovarian cancer – abdominal bloating, weight gain, frequent urination, and excessive menstrual bleeding,” explained Dicey, who lives in Washington, D.C. “I know my body and knew something wasn’t right, so I changed gynecologists during this period to find answers and get relief.”

Even so, it wasn’t until she had a hysterectomy in September 1996 to remove fibroid tumors and an ovarian cyst that she was diagnosed with stage 1a ovarian cancer. Dicey was 46 years old.

“During the surgery, my gynecologist discovered the tumorous ovary and contacted a gynecologic oncologist to complete the surgery,” said Dicey, after nearly two decades as a cancer survivor. “In so doing, she probably saved my life and surely increased my chances of recurrence-free survival.”

The pathology report came back with good news and bad news. The cancer was caught at the earliest and most treatable stage – stage 1a – but it was clear-cell, the most aggressive and least well understood type of ovarian cancer.

Because it was clear-cell ovarian cancer, Dicey underwent six cycles of chemotherapy even though the cancer had been found at the earliest stage.

“I finished chemotherapy in February 1997 and have not had a recurrence of the disease. For this I am truly thankful,” she said.

Dicey credits her oncology nurse  as a vital part of her early recovery and for connecting her with other women who had gynecologic cancers. As a result Dicey joined the Ovarian Cancer National Alliance, which along with her family became a lifeline.

“The connection to survivors who understood the disease and who were active in helping others – even as they waged their own battles – was empowering,” she said. “These connections sparked my advocacy efforts in the cancer community. And since I passionately believe that no one’s survival and well-being should be driven by ZIP code, race or ethnicity, or socioeconomic status, one of the initiatives closest to my heart is the elimination of cancer health disparities.”

Dicey noted that research is a powerful mechanism to reduce and eliminate cancer, and other health, disparities.

“As a matter of good science and of good conscience, that research must be anchored with clinical trials that include participants from all segments of the population,” she said. “We are all touched by cancer, and we must have the will as a nation to ensure that every citizen will receive the level, length, and depth of care that is appropriate for her or his condition.” 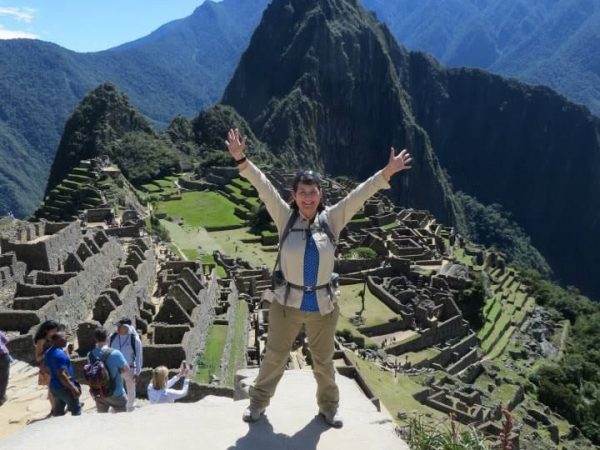