Years after surviving childhood cancer, Jay Steiner cared for his wife when she was diagnosed with breast cancer and credits clinical trials with extending her life.

Jay Steiner’s cancer journey started with an ordinary childhood accident. He was 5 when he injured his leg playing. During the doctor’s appointment for that injury, Jay’s parents mentioned that his energy levels seemed low.

“I was so young at the time, I don’t really recall all the specifics to it, I just remember being a happy kid,” Jay said. “I knew that my energy level was diminishing, and sure enough, the test results came back with concerns about my blood counts.”

That’s when he was diagnosed with acute lymphoblastic leukemia (ALL).

Stunned by the diagnosis and willing to go to any length to find a cure for their little boy, Jay’s parents moved the family from their home in Wichita, Kansas, to Houston so he could be treated at the University of Texas MD Anderson Cancer Center.

“A whole new journey started at that point,” Jay explained. “I was treated from the age of 5 to 8. It was quite a process, with lots of chemotherapy and radiation treatments. I knew it was a very serious situation – at that time the survival rates for pediatric ALL were very low.”

Thanks to advances built on cancer research, about nine in 10 children diagnosed with ALL today survive more than five years after their diagnosis.

“So we moved to Houston on a permanent basis, really prepared to dig our heels in for the fight that was ahead,” Jay explained, “Initially, I was in the hospital for several weeks, undergoing constant chemotherapy and radiation treatments. Then, fortunately, after maybe a month or a month and a half, I was released from the hospital and able to go to our new home in Houston.”

For the next three and a half years, Jay was treated as an outpatient, at first a couple of times a week and over time with less frequent appointments. When he was 8, a biopsy showed no cancer.

“I was still monitored pretty closely for a couple more years after that,” he said. “When I was 11, I was officially declared cancer-free, and I like to think at that point there was no turning back. Actually, that’s not really true. I like to think that cancer made me the person I am today, and I often reflect on that.”

Still, Jay worked really hard to make up for the time he lost to his cancer treatment.

“I recall playing outside until it was too dark to see with my friends,” he said. “We’d be playing tag or baseball or basketball or whatever it may be, and even to this day, I still feel that I’m a big kid that loves to play.  I love to travel. I love to swim, bike, and run. I like to go on adventures.”

While Jay hasn’t experienced any long-term effects of his treatment, he and his family were not done with their cancer journey.

“My wife Monica was diagnosed with breast cancer at age 37, and we were in shock,” he explained. “We had so much going for us at the time. We had great careers, wonderful friends, a wonderful, wonderful marriage. Most importantly we were blessed with two beautiful children, who were 3 and 5 at the time of her diagnosis.”

Monica’s cancer journey was a difficult one and one that highlights the importance of cancer science and the clinical trials that are an integral part of turning discoveries into innovative new treatments.

As Jay explains, I’m proud to say that I was right there at her side throughout her journey. She was a warrior. She had tremendous spirit and refused to give up, and I was proud to say that I was the lead as her support crew. I was right there, holding her hand at the time of her diagnosis. I was the one by her side when she was going through surgeries, chemotherapy treatments, and radiation sessions.

“I was the one there with her when she found out that the cancer had metastasized and was spreading throughout her body. We went to Houston together, back to MD Anderson to seek out a second opinion. We were told it was a matter of time, but Monica would not accept that.

“She wanted to be there to watch her kids grow up, and she sought out clinical trials. And I am so thankful for the clinical trials that were made available to her during her journey. Without those clinical trials I feel cancer would have taken her much sooner.”

Unfortunately, a cancer diagnosis is not something we can control, Jay said. That’s why funding cancer research is so important.

“It can be your cousin, your neighbor, your spouse, your children, it can be you,” he said. “Clinical trials open the door for new treatments that can cure cancer. Often it just happens, and in this day and age, we have the tools and the minds at our disposal to come up with the treatments to get ahead of the game. I mean, come on, if this was your spouse, if this was your child, wouldn’t you want the best for them? Let’s raise money and continue to make progress and ultimately win the war.” 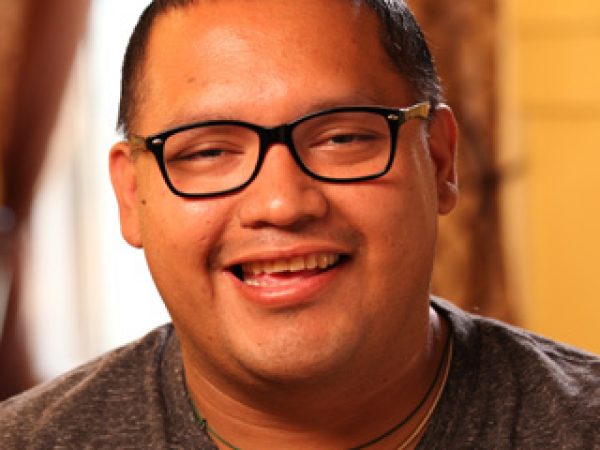 Challenging the Odds of Recurrent Leukemia