When Zach Witt’s cancer returned during standard treatment, his parents – John and Pam Witt – chose a trial of a drug that targeted his cancer based on its genetics.

On a dreary day in March in Philadelphia, John and Pam Witt got bad news: The chemotherapy that their little boy Zach was being treated with was no longer working against his cancer.

Diagnosed less than a year earlier with anaplastic large cell lymphoma when he was just 5 years old, Zach was in the midst of the standard, 52-week course of chemo for his cancer at Children’s Hospital of Philadelphia (CHOP).

It had all started with a seemingly innocent “bump” under Zach’s arm. One day John picked up his son when Zach said the bump hurt. His parents took him to his pediatrician the next day. Despite a normal blood test, the physician remained concerned and sent Zach to an oncologist for further testing.

Because the family lives in Barto, Pa., about an hour outside Philadelphia in Berks County, the choice of where to take their son to see an oncologist was a pretty straightforward decision for John and Pam.

“We took him to CHOP, and within a few days we received the diagnosis,” Zach’s parents said.

Their little boy had cancer.

“It was a huge shock to us,” they said. “We could barely believe it was happening.”

Although the chemotherapy made him really sick – Zach was in and out of CHOP for months with fevers and low blood counts – his cancer seemed to be responding. Then Zach started getting flu-like symptoms and fevers again. The cancer was back.

“We had a meeting with the doctors at CHOP to discuss Zach’s treatment options,” Zach’s parents said.

One option was more aggressive chemotherapy. But given how sick the initial rounds of chemo had made the little boy, his parents couldn’t imagine how Zach would respond to a more aggressive course of medications.

The other option was a clinical trial.

“The doctors told us that a genetic test they had run on a cancerous lymph node they had removed during Zach’s initial diagnosis had shown that his cancer was ALK-positive,” his parents said.

The trial was testing the drug crizotinib, which targets ALK and was already approved by the U.S. Food and Drug Administration for use in ALK-positive patients with lung cancer. The clinical trial was seeking to enroll children with ALK?positive cancers.

Despite some, the Witts enrolled Zach in the clinical trial. In the days before Zach’s treatment could begin he was too tired to get out of his hospital bed. Three days after starting the drug, in April 2011, Zach was out of bed and actually ran down the hallway to the playroom.

His parents were floored.

“We couldn’t believe it was the same kid,” Zach’s parents exclaimed.

Zach still takes crizotinib twice a day and has checkups once a month. But the tests and scans show no sign of disease and Zach is once again the high-octane boy that he was before his diagnosis.

You can read Zach’s full story in the AACR Cancer Progress Report 2014. 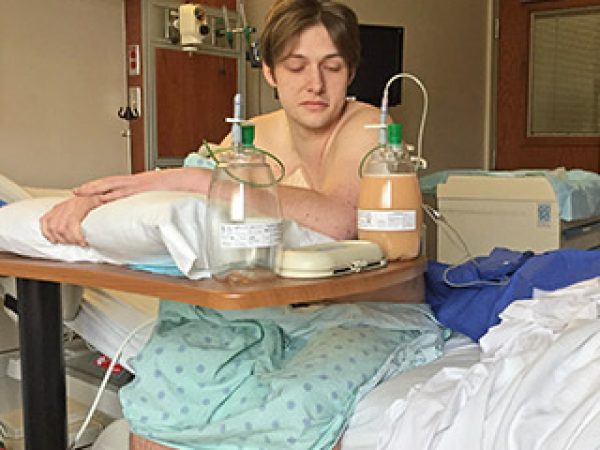 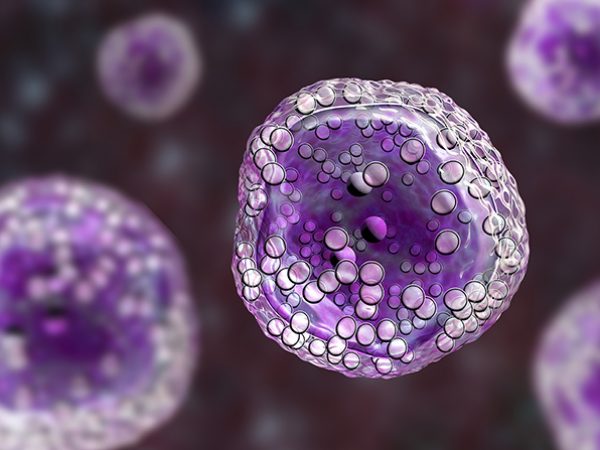