When Bayer first introduced aspirin in 1899, the expectation from the drug was simple: alleviate headache, pain, and fever. Little did anyone foresee the potential of this drug to touch the lives of people dealing with two of the most devastating diseases of mankind: cardiovascular disease and cancer.

High doses of aspirin are commonly prescribed to reduce pain and inflammation. But by the 1980s, the ability of low-dose aspirin to reduce the risk for cardiovascular events was widely recognized.

By the 1990s, cancer researchers started recognizing that the utility of aspirin may go beyond suppressing pain and reducing the risk for cardiovascular events. Many observational studies started making a connection between aspirin intake and lowered risk for some cancers, recurrences, and mortality. Linda deGraffenried, PhD, in her lab at the University of Texas.

In a study published yesterday in Cancer Research, a team from the University of Texas, led by Linda deGraffenried, PhD, found that regular use of aspirin and other non-steroidal inflammatory drugs (NSAIDs) may cut the risk for breast cancer recurrence in overweight and obese women by half, and delay the time to breast cancer recurrence by 28 months.

In June this year, another study published in Cancer Epidemiology, Biomarkers & Prevention by Harvey Risch, MD, PhD, from Yale School of Public Health, and his colleagues, suggested the longer a person took low-dose aspirin, the lower his or her risk for pancreatic cancer.

Various other studies have shown that long-term aspirin use lowers the risk for melanoma and colorectal, stomach, esophageal, breast, pancreatic, and prostate cancers.

But how does aspirin, a painkiller, act against cancer? To understand that, let’s first get an overview of aspirin’s mechanism of action in suppressing cardiovascular events and pain.

At lower doses, aspirin inhibits the enzyme cyclooxygenase-1 (COX-1), which in turn inhibits thromboxane A2, which prevents the aggregation of platelets and formation of blood clots. Because of this antiplatelet effect, aspirin lowers the risk for cardiovascular events.

At the higher doses used for pain relief, aspirin inhibits both COX-1 and COX-2. Inhibiting COX-2 blocks the production of prostaglandins that mediate inflammation. Because of this property, aspirin reduces inflammation, pain, and fever.

According to some studies, aspirin’s ability to inhibit COX-2 may be responsible for its anticancer effects. Other laboratory studies speculate that it is the antiplatelet effect of aspirin that works against cancer. The fact is, it is not clear whether aspirin acts via a central mechanism that works against many cancer types, or if it acts through different mechanisms in different cancers.

Although we do not yet know exactly how aspirin works, evidence is piling up in favor of its protective effects against cancer. However, regulators are not yet ready to recommend aspirin to lower cancer risk because all the data we have so far are from observational studies, in which associations between aspirin and cancer were made retrospectively. What we do not have are results from prospective, randomized clinical trials intended to test the effect of aspirin in lowering cancer risk. Another caveat is the drug’s side effects. Prolonged aspirin use is tied to some rare but serious side effects, including gastrointestinal bleeding.

A recent study published in Annals of Oncology analyzed data from about 200 studies and found a net benefit from five to 10 years of aspirin use for all men and women ages 50 to 65. But the authors note that it is uncertain if the benefit of daily aspirin would outweigh the harm for people older than 70, because both bleeding events and cancer rates increase after that age.

Given these facts, it is clear that a thorough evaluation of risks and benefits conducted in consultation with one’s physician is an absolute requirement before considering aspirin for the prevention of cancer or recurrence.

A large, multicenter, phase III, double-blind, placebo-controlled randomized trial, called the Add-Aspirin Trial, is being initiated by the Clinical Trials Unit of the Medical Research Council, United Kingdom, to assess whether regular aspirin use following standard therapy can prevent recurrence and prolong survival in patients with breast, colorectal, gastro-esophageal, or prostate cancer.

Hopefully, this study, in conjunction with existing data, will provide the much-needed clarity on the role of this humble over-the-counter drug as a weapon in our fight against cancer. 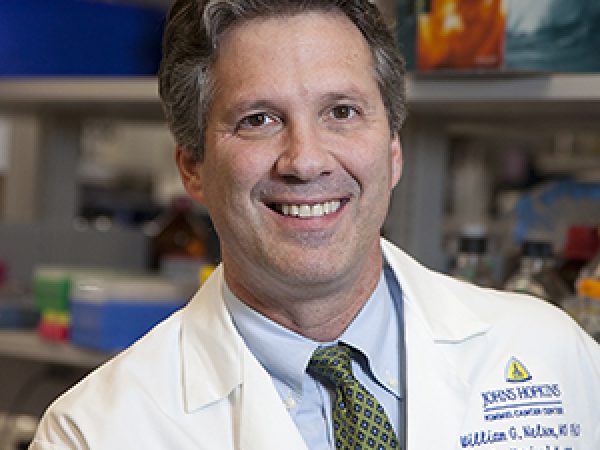