The signature pink ribbons of Breast Cancer Awareness Month have become almost as much a part of October as crisp orange leaves and children contemplating what superhero or Disney costume they’ll wear for Halloween. While part of the success of advocacy awareness months can be attributed to the simplicity of these tokens, breast cancer can be a complex disease with many faces. Clifford A. Hudis, MD, the chief of the Breast Medicine Service at Memorial Sloan Kettering Cancer Center in New York City, discusses the importance of weighing the financial costs and side effects with the benefits of treatments. Photo by Bryan Mead, provided courtesy of Living Beyond Breast Cancer.

Clifford A. Hudis, MD, the chief of the Breast Medicine Service at Memorial Sloan Kettering Cancer Center in New York City, spoke about treatment options for these patients at the Annual Living Beyond Breast Cancer (LBBC) Fall Conference, which was held at the Pennsylvania Convention Center in Philadelphia on Sept. 27.

The LBBC annual conference, which has been offered each year since 1995, featured specialized tracks, including hormone-sensitive and hormone epidermal growth factor receptor 2-positive (HER2-positive), which are the most common breast cancer subtypes; metastatic disease; and triple-negative breast cancer, in recognition of the diversity of the disease.

Hudis recommended that doctors have an honest and open conversation with their patients to carefully weigh the pros and cons of treatment. “If we do [have that conversation], then we understand why we don’t want to just do everything that will make the patient sick.” He emphasized the importance of measuring the toxicity of drugs and the financial cost against what benefit the drug may provide. Therapies that extend overall survival, he says, provide a tangible measure of a treatment’s benefit compared with those that extend progression-free survival—which is the time it takes for the disease to advance.

“We all hoped that progression-free survival would be a predictor of overall survival, and that’s why the FDA has, in part, used this to approve drugs,” he said. “However, it has not worked out as consistently as you might think. … This is not meant to be a downer, it’s meant to say that we need to aim higher and develop better treatments.”

The approval came after a phase III clinical trial showed ado-trastuzumab emtansine could increase median overall survival by close to six months, from 25.1 to 30.9 months, when it was compared with lapatinib and chemotherapy in patients with metastatic breast cancer.

“This [HER2-positive breast cancer] is a disease that used to be rapidly lethal,” Hudis said. “In fact, it used to be the worse subtype of breast cancer to have and now it’s pretty close to the best subtype. … Once the six months of chemo ends—[these patients] have a pretty good quality of life by just getting antibodies for literally years.”

These treatments “suggest that it is possible for us to improve [overall] survival and that we ought to be aiming for that when we conduct our clinical trials,” he said.

This perspective was both sobering and inspiring for Robin*, 59, who attended the conference and has been living with stage IV breast cancer for a year. “I want to live my life, and not just simply live with cancer,” she said. “A substantial group of patients are living with this and they want to achieve the best quality of life.”

This post is adapted from an article on the website of Cancer Today, a quarterly magazine for cancer patients, survivors, and caregivers published by the AACR. The cover photo shows Jean A. Sachs, CEO of Living Beyond Breast Cancer, during her opening remarks at the conference. Photo by Bryan Mead, provided courtesy of Living Beyond Breast Cancer. 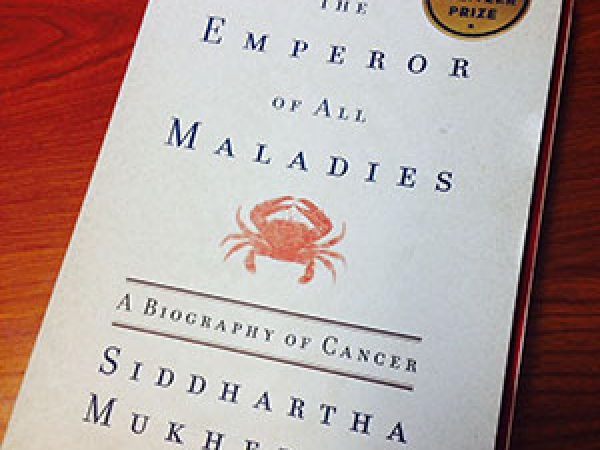