A diagnosis of prostate cancer can often result in difficult choices for both patients and physicians. Prostate cancer is the most common non-skin cancer diagnosed in American men, with over 200,000 diagnosed cases and almost 28,000 deaths per year. A major reason why prostate cancer is diagnosed so frequently is that the FDA-approved blood test for prostate-specific antigen (PSA) is widely used and is highly sensitive. However, the PSA test cannot distinguish prostate cancers that are aggressive from indolent cases that will not spread if left untreated. It has been estimated that about 50 percent of men who are diagnosed with prostate cancer as a result of PSA testing would remain asymptomatic if left untreated. Furthermore, the side effects of surgery or radiation therapy can be significant, and include urinary incontinence and sexual dysfunction. These side effects from overtreatment without clear survival benefit led the U.S. Preventive Services Task Force (USPSTF) to recommend against PSA screening. As a result, there is a pressing clinical need for new prostate cancer biomarkers that can discriminate aggressive from indolent disease to prevent overtreatment of indolent cases and undertreatment of aggressive cases. This is one example of how precision medicine can both improve cancer care and reduce overall health care expenditures.

While single biomarkers can be useful, quite often using a panel of many genes is more robust, predictive, and informative than a single biomarker such as PSA. Moreover, RNA is generally much easier to detect and quantitate than protein, even at low amounts, and RNA-based assays can test many targets simultaneously. RNA-based approaches to prostate cancer biomarker discovery include the analysis of which genes are switched on and off in a cancer cell, as well as measurement of previously unappreciated RNAs that do not code for proteins, and detection of known genetic mutations.

Biopsies themselves carry some risk of infection, discomfort, and expense. Consequently, less invasive biomarkers that can use blood or urine samples are more desirable, and likely to be adopted more broadly, resulting in better patient compliance and follow up. Many researchers are thus looking for prostate cancer biomarkers that can be readily measured from biofluid specimens.

There are several different clinical questions that new biofluid biomarkers for prostate cancer could potentially address. First, if I have a high PSA, do I really need a biopsy?  Second, if my biopsy looks indolent, am I a good candidate for active surveillance, or do I really need surgery or radiation? And third, if I do need surgery or radiation, will it be curative, or should I think about enrolling in clinical trials?  These are all important questions that many scientists and physicians are currently pursuing in their biomarker research.

Recent research in our lab has identified a gene panel that can predict whether a patient is likely to have a recurrence after surgery, and we are currently working on determining if this panel can also identify good candidates for active surveillance. This research is using advanced sequencing technologies on both urine and biopsy samples, and could make it easier for patients and their doctors to safely decide that surgery or radiation are unnecessary, reducing side effects and unnecessary treatments. A number of other commercially available panels are already in use including Prolaris, Oncotype Dx, and Decipher, though none are currently FDA approved. Hopefully, with additional research to determine the best biomarkers of cancer aggressiveness and approval of such tests, patients and physicians can be confident in the treatment decisions that they make, leading to the best possible health outcomes. Carlos S. Moreno, PhD, is an associate professor in the Departments of Pathology & Laboratory Medicine, and Biomedical Informatics at the Emory University School of Medicine. He is a member of the Cancer Genetics and Epigenetics research program at Winship Cancer Institute. Moreno specializes in cancer bioinformatics and systems biology, cancer genomics, cancer biomarkers, and transcriptional networks. He is the informatics project leader for the Emory Molecular Interaction Center for Functional genomics (MicFG) as part of the Cancer Target Discovery and Development (CTD²) Network to identify protein-protein interaction networks.

Moreno has been a member of the American Association for Cancer Research since 2003 and received an AACR Minority Scholar Award in 2006. 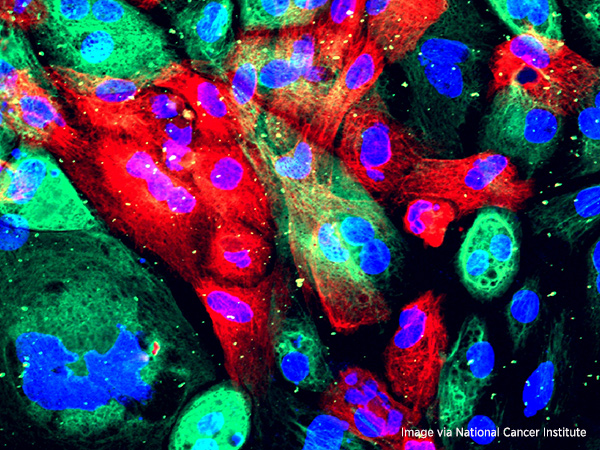 You delivered such an impressive piece to read, giving every subject enlightenment for us to gain information. I have found a lot of approaches after visiting your post.