Late last week, the U.S. Food and Drug Administration (FDA) announced that it had approved the use of the immunotherapeutic agent nivolumab (Opdivo) for treating patients with metastatic, nonsquamous non-small cell lung cancer (NSCLC) that has progressed during or after treatment with platinum-based chemotherapy.

The approval was based on results from the CheckMate 057 phase III clinical trial, which were published recently in The New England Journal of Medicine. In short, nivolumab extended overall survival compared with the conventional chemotherapeutic docetaxel, which is standard of care for patients with advanced NSCLC that has progressed during or after initial chemotherapy.

Donna Fernandez, from Rowlett, Texas, who was diagnosed with metastatic, nonsquamous NSCLC in 2012, said in the AACR Cancer Progress Report 2015, “Nivolumab has been a miracle drug for me, especially compared with [traditional] chemotherapy.”

Nivolumab works by releasing the PD-1/PD-L1 brake on cancer-fighting immune cells called T cells. Results from CheckMate 057 suggested that the benefit of nivolumab was greatest amongst those patients whose tumors were found to have the protein PD-L1 on the surface when analyzed using the PD-L1 IHC 28-8 pharmDx test. Although physicians are not required to use this test before treating patients with metastatic, nonsquamous NSCLC with nivolumab, the FDA approved the test to provide physicians with a tool to help determine which patients may benefit most from treatment with nivolumab. 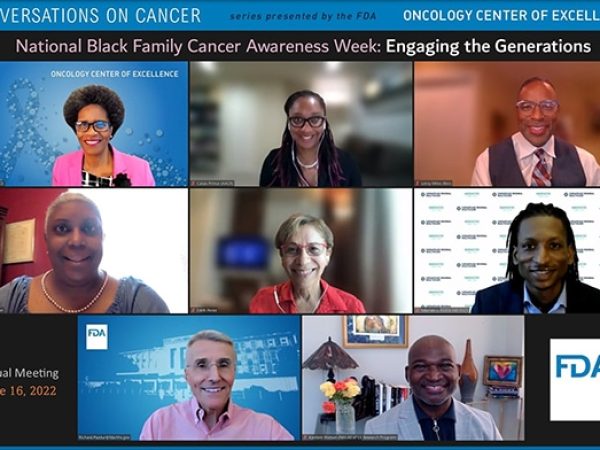