Much has been written, including on this blog, about the rapidly expanding use of immunotherapy to treat an increasing array of cancer types, including lung cancer. The development of these new treatments, which harness a patient’s immune system to fight cancer, is built upon many years of basic research in the fields of immunology and cancer biology. Amongst the most important discoveries are those that have helped uncover how cancers interact with the immune system and how cancers and the immune system evolve as a result of their interactions. In this pseudo-colored scanning electron micrograph, a cancer cell (white) is being attacked by two CD8-positive T cells (red), part of a natural immune response to the cancer cell. Image courtesy of National Cancer Institute.

Here, we highlight new insight into the interactions between non–small cell lung cancer (NSCLC) and immune cells called CD8-positive T cells garnered through research presented at the recent AACR-NCI-EORTC International Conference on Molecular Targets and Cancer Therapeutics and simultaneously reported in Cell. The results deepen our understanding of NSCLC development and progression, and have implications for the development of vaccine and T-cell based immunotherapy for NSCLC.

However, it was not until the 1950s that understanding of the immune system was sufficient for interest in Ehrlich’s idea to be rekindled. After considering all the data available, two of the respected immunologists of the time—Sir Frank Macfarlane Burnet, MD, and Lewis Thomas, MD—both came to the conclusion that it was highly plausible that the immune system recognizes and eliminates continuously arising cancer cells, and prevents cancer from developing. These concepts were formalized in what is known as the immune surveillance hypothesis.

Interest in the hypothesis waned, however, as researchers failed to generate definitive evidence to prove or disprove it.

The renaissance of the immune surveillance hypothesis began in the 1990s, with advances in technology and the emergence of new mouse models. The new data that accumulated led Robert D. Schreiber, PhD, and colleagues to refine the original hypothesis and propose the cancer immunoediting hypothesis, the notion being that the immune system not only prevents cancer from developing, but it also promotes tumor progression by selecting for cancer cells that can escape or evade the immune system. Immunoediting is postulated to have three sequential phases: elimination, equilibrium, and escape. During the elimination phase, which encompasses the idea of cancer immune surveillance, the immune system detects and destroys cancers before they become clinically apparent. If not all the cancer cells are eliminated, a dynamic equilibrium arises between the cancer and the immune system. During this phase, the immune system exerts selection pressure on the cancer that constrains its expansion and keeps it clinically undetectable, but does not eliminate all the cancer cells, which continue to divide and acquire new mutations. In the escape phase, tumor cells that have evolved the ability to evade immune recognition and/or destruction are able to grow unrestrained and become a clinically apparent cancer.

Since the cancer immunoediting hypothesis was first proposed in 2002, immune evasion has been added to the hallmarks of cancer, and delineating the mechanisms by which cancer cells evade the immune system has been an area of intensive research investigation. Many approaches to cancer immunotherapy currently available or in development, including immune checkpoint inhibitors, work to counteract identified mechanisms of immune evasion.

Identifying a way for NSCLC to evade the immune system

CD8-positive T cells are an important component of the adaptive immune system. They patrol the body, surveying the landscape of small peptides called antigens bound to complexes on the surface of cells known as HLA class I molecules. In a cancer cell, the HLA class I–bound antigens are different from those in normal cells; they are referred to as tumor neoantigens. The CD8-positive T cells recognize them as “foreign,” become activated, and destroy the cancer cell.

A decrease in the levels of HLA class I molecules on the surface of cancer cells has been observed in several types of cancers, which could facilitate immune evasion. The new research presented at the AACR-NCI-EORTC International Conference on Molecular Targets and Cancer Therapeutics and published in Cell focused on one potential mechanism underpinning HLA class I downregulation called loss of heterozygosity (LOH).

One of the lead authors on the paper, Rachel Rosenthal, a graduate student in the laboratory of Charles Swanton, PhD, at the UCL Cancer Institute at University College London, United Kingdom, explained in a news release that most cells in a human body contain two sets of genes encoding the HLA class I molecules, one set inherited from the mother and one from the father. Sometimes, genetic alterations can occur that result in loss of one set of genes; when this event, which is termed LOH, occurs at the HLA locus, it has the potential to facilitate immune evasion, she said. Rosenthal worked with Nicholas McGranahan, PhD, and others to develop a computational tool called LOHHLA to analyze next-generation sequencing data from lung cancer samples and determine the number of HLA alleles present in the samples.

Using LOHHLA, the researchers detected HLA LOH in 40 percent of tumor samples obtained prior to treatment from 90 patients with NSCLC who were enrolled in the tracking cancer evolution through therapy (Rx) (TRACERx) study. A similar frequency of HLA LOH was observed following analysis of The Cancer Genome Atlas next-generation sequencing data from 692 treatment-naïve patients with NSCLC and previously published next-generation sequencing data from 37 paired primary NSCLC/brain metastasis samples.

Further analysis showed that HLA LOH was associated with a high subclonal neoantigen burden, APOBEC-mediated mutagenesis, upregulation of cytolytic activity, and PD-L1 positivity, which Rosenthal said highlights that the immune system is actively sculpting the tumor and suggests that HLA LOH is a response to the selection pressure applied via immune activity.

She also explained that the subclonal frequencies of HLA LOH, their enrichment in metastatic sites, and occurrence as parallel events suggest that HLA LOH is an immune escape mechanism, selected later in NSCLC tumor evolution.

This study, which is explained in the video below, suggests that HLA LOH arises in 40 percent of NSCLCs during the equilibrium phase of immunoediting and facilitates immune evasion and the transition to the escape phase. This has implications for the development of vaccine and T-cell based immunotherapy for NSCLC. It is particularly pertinent to tumor neoantigen–based approaches; tumor neoantigens that bind HLA class I molecules that are not lost would be most likely to stimulate an effective anticancer immune response. The video was created by Phospho Biomedical Animation. 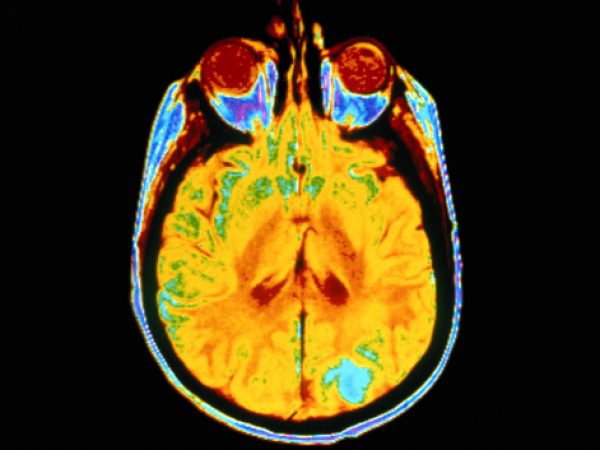