An exciting area in drug development, immunotherapy is being increasingly utilized by patients with different cancer types. These treatments work by stimulating the patient’s immune system to effectively target and destroy cancer cells through different mechanisms.

A widely used class of immunotherapeutics is immune checkpoint inhibitors, which target proteins that downregulate the immune response, effectively removing the “brake” on T cells so they can better attack the cancer cells. Despite the advances made in this area, many patients either do not respond to checkpoint inhibition, or they develop resistance to their treatments, an issue that was highlighted in a previous post on this blog.

To increase efficacy and combat resistance to checkpoint inhibitors, many clinical trials are centered on combining an immune checkpoint inhibitor with a second drug. In fact, several sessions at the AACR Annual Meeting 2018 focused on phase I clinical trials that investigated different combinations of PD-1/PD-L1 inhibition in conjunction with agents that augment or regulate immune responses. Drugs that target PD-1 or PD-L1 disrupt an “off switch” in the immune system, allowing T cells to engage and kill tumor cells.

Initially approved by the FDA in 2014 as a treatment for advanced melanoma, pembrolizumab (Keytruda; a monoclonal antibody that targets PD-1) is one of several checkpoint inhibitors approved for treating this common cancer. However, it is estimated that over 50 percent of patients with advanced melanoma treated with pembrolizumab develop resistance, explained Mohammed Milhem, MBBS, from the University of Iowa in a press release discussing his research. Additionally, some patients never respond to this therapy.

To combat this, Milhem and colleagues are evaluating the combination of pembrolizumab with CMP-001, an agent that activates Toll-like receptor 9 (TLR9), in an ongoing clinical trial. Studies have shown that checkpoint inhibition tends to work better when tumor immunogenicity is increased, and known mediators of immunogenicity are interferons (IFNs). “The strongest known inducer of IFN production is the TLR9 pathway, so we thought that adding a TLR9 activator to anti-PD-1 therapy would elicit a response in patients who stopped or never responded to PD-1 inhibition,” Milhem noted. Milhem and colleagues are attempting to kick-start the immune response by directly injecting tumors with CMP-001. Once the tumor microenvironment becomes more immunogenic, the inhibition of PD-1 should allow the T cells to more effectively kill the cancer cells, the researchers hypothesize.

The trial is testing varying doses of CMP-001 in combination with pembrolizumab in patients with metastatic melanoma who are resistant to PD-1 inhibition. The researchers reported an objective response rate of 22 percent in evaluable patients.

“Additional larger studies in this patient population will need to be conducted to further evaluate the clinical benefit, but if the current results are confirmed, it appears that this combination could offer a new treatment option for patients with advanced melanoma who are not responsive to pembrolizumab,” said Milhem.

Tumors can have an aberrant epigenome – irregular modifications to the packaging of DNA that can affect gene expression – which results in the altered transcription of tumor suppressors and oncogenes, helping cancer cells to survive. As such, epigenetic mechanisms have been a therapeutic target for cancer treatment for more than a decade.

One class of epigenetic modulators are histone deacetylases (HDACs). By removing acetyl groups from histone proteins and other substrates, HDACs can modulate the expression of target genes.

Research has shown that HDAC inhibitors can reduce the viability of granulocytic myeloid-derived suppressor cells (MDSCs), which are immunosuppressive, isolated from tumor-bearing mice, and that combining HDAC inhibitors with checkpoint inhibition eliminated primary tumors and metastasis in mice.

Anthony Tolcher, MD, FRCP(C), the director of Clinical Research at South Texas Accelerated Research Therapeutics (START), presented data from a phase I trial investigating the combination of the HDAC inhibitor entinostat with pembrolizumab in patients with advanced solid tumors. Tolcher and colleagues found a reduction in monocytic MDSCs across all treatment arms. Of the 26 patients enrolled in the study, three had a partial response and two had stable disease; four patients are continuing treatment beyond 40 weeks.

Previous work has investigated this approach in patients with advanced melanoma who received a personalized neoantigen vaccine along with the immunostimulant Poly-ICLC following surgery. Anti-PD-1 treatment resulted in a complete response in all patients who had recurrent disease. Furthermore, the researchers observed that the patients’ T cells responded to novel targets following treatment with checkpoint inhibition. A clinical trial was initiated to study the combination of the checkpoint inhibitor nivolumab and the personalized neoantigen vaccine, NEO-PV-01, for patients with a wide variety of cancers.

In this phase I clinical trial, patients received nivolumab biweekly as a monotherapy. After 12 weeks, following the generation of the personalized vaccine, patients received NEO-PV-01 along with Poly-ICLC. The study presented by Patrick Ott, MD, PhD of Dana-Farber Cancer Institute, reported that of the 14 patients who had completed their vaccination schedule, five patients saw a partial response, five patients had stable disease, and four patients had progressive disease.

The researchers also observed T-cell responses to neoantigens identified within the tumor but not included in the vaccine (epitope spreading) in half of the patients analyzed.

While this post only touched on a few of the immunotherapy combinations discussed at the AACR Annual Meeting 2018, many more talks, including a plenary session focusing on immunotherapy combinations in lung cancer, covered in detail in this post, highlight the excitement surrounding immune checkpoint inhibition. Indeed, the phase III clinical trial Keynote-189 presented at the meeting evaluating the combination of pembrolizumab plus chemotherapy was covered by The New York Times. 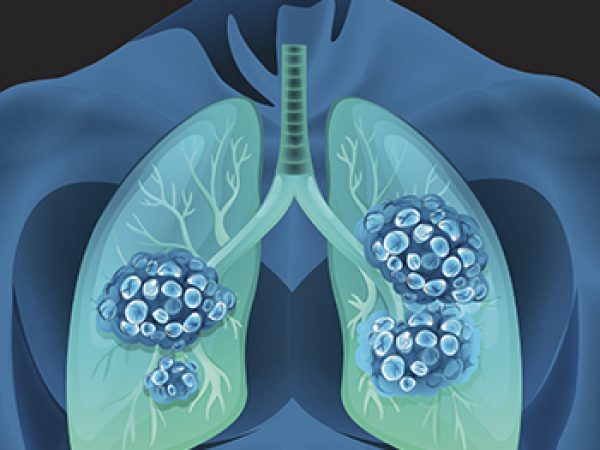 It’s always great to know about any new development in the field of medical science thus it feels nice to know that immunotherapy is catching pace not only from the development point of view but is also being widely utilized by patients to cure cancer, the most dreaded disease in the world.