One of the most watched areas in the immuno-oncology field is the development of chimeric antigen receptor (CAR) T-cell therapy. Carl June, MD, professor in immunotherapy at the Perelman School of Medicine at the University of Pennsylvania, is a pioneer in the CAR T field; he helped to treat the first child with CAR T-cell therapy, which was experimental at the time. Emily Whitehead, who was treated with CAR T cells in 2012 for acute lymphoblastic leukemia after she relapsed twice following treatment with chemotherapy, remains in complete remission today.

June delivered a keynote lecture at the AACR Tumor Immunology and Immunotherapy meeting held recently in Miami. During his talk, he briefly outlined the evolution of CAR T-cell therapies, challenges that need to be overcome, and ideas to bring this treatment to solid tumors. “I think we’re about five years behind where checkpoint therapies are with CAR T cells,” said June as he began his talk.

The first CAR T cells were developed over 20 years ago, June explained. “CAR T cells began initially as a synthetic fusion molecule, really asking if the zeta chain [a signaling domain in the T-cell receptor complex] could replicate, upon binding with an extracellular ligand, what the natural T-cell receptor does.”

Both approved CAR T-cell therapeutics are second-generation CARs, but they utilize different costimulatory endodomains. Tisagenlecleucel utilizes 4-1BB, while axicabtagene ciloleucel utilizes CD28. There are some other differences between the two, including a difference in the amount of time that functional CAR T cells persist in patients, noted June.

“It’s really the first true living drug, where they have persisted after a single infusion,” June said. One challenge with CAR T-cell therapies, as with any cancer therapy, is resistance to treatment. June noted that the mechanisms behind resistance vary depending on the type of tumor. The resistance mechanisms include CD19 target loss, “T-cell exhaustion or activation-induced cell death, and probably T-cell immunity to the CAR,” he explained. An additional mechanism of resistance, which was recently described by June and colleagues in Nature Medicine, is termed ”CARB,“ for CAR in B-cell leukemia.

CARB occurs when leukemic B cells are inadvertently infected with the CAR during the manufacturing process, despite the infused product containing over 99 percent T cells, June noted. This results in the “masking” of the CD19 epitope on leukemic cells, which prevents the CAR T cells from recognizing the antigen, generating “a very elegant escape” and conferring resistance to tisagenlecleucel, June said.

To determine how frequently CARBs are present in CAR T-cell treatments, June and colleagues evaluated the presence of leukemic cells in transfusion products that were used to treat patients in a clinical trial. They found that the presence of CARB in some of these patients did not correlate with the rate of relapse. June noted that only one of the 369 reported cases of CD19 negative relapse in patients with acute lymphoblastic leukemia (ALL) treated with tisagenlecleucel was due to CARB.

“This, to me, implies there may be some other mechanism of immunity occurring, because we would predict there should be more relapses than what we’re seeing,” concluded June.

CAR T-cell therapies have mostly been effective only in hematological malignancies, yet about 90 percent of cancer deaths in the U.S. result from solid cancers, June said. Translating the effectiveness of these therapies in patients with solid tumors would therefore fill an unmet clinical need, he added.

June listed a number of approaches, including T-cell receptor (TCR)-engineered T cells, which could target neoantigens found in tumors or cancer testis-antigens. He also spoke of additional CAR targets, including the splice variant target EGFRvIII, glycans, and mesothelin, which is overexpressed in a variety of cancer types.

June had previously published a preclinical study which found that CARs targeting mesothelin were effective in treating tumors in mice. Building upon this research, June recently published a study that evaluated a mesothelin-specific CAR in six patients with advanced pancreatic cancer in a phase I clinical trial. While five patients either had stable disease or disease progression, one patient had a response in their liver metastasis, but not in the primary tumor site.

These early results are promising but suggest that this approach will need to be augmented with additional strategies, concluded June.

In his closing remarks, June addressed the significant costs associated with the manufacturing of CAR T cells, and therefore the cost-effectiveness of this therapy overall.

As the time- and technology-intensive T-cell modification protocol adds to the inherent cost of CAR T-cell treatments, June noted that one way to decrease costs is to streamline the manufacturing process. In a recent preclinical study, June demonstrated that the typical nine to 14 days required for CAR T-cell expansion could be reduced to three days. In mice, CAR T cells harvested at day three could more potently control leukemia than CAR T cells harvested at day nine. “We’ll be able to decrease the costs of the goods and manufacturing and maybe actually increase potency of the CAR T cells,” concluded June.

Prior to June’s talk, Elizabeth Jaffee, MD, FAACR, deputy director of the Sidney Kimmel Comprehensive Cancer Center at Johns Hopkins and President of the AACR delivered a keynote lecture on “Turning up the heat on pancreatic cancer: Lessons on overcoming a ‘cold’ immunologic micro-environment.” Read about it in this post. 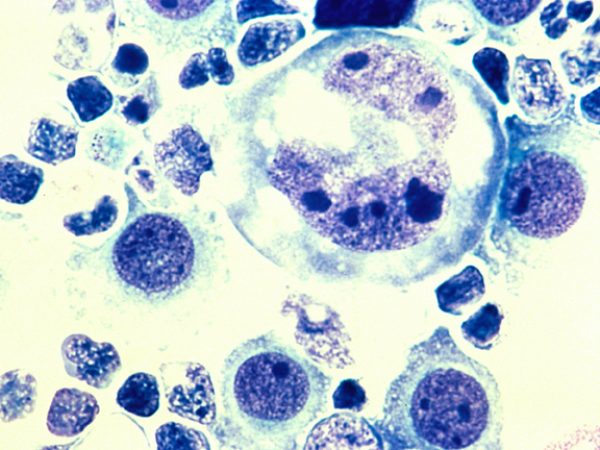