Immune checkpoint inhibitors have become part of the standard of care for more than 14 different cancer types, including melanoma, lung cancer, head and neck cancer, bladder cancer, cervical cancer, liver cancer, stomach cancer, breast cancer, lymphoma, and to treat patients with any type of solid tumor that is microsatellite instability–high or mismatch repair–deficient.

In a clinical trial plenary session held April 1 at the AACR Annual Meeting 2019, titled “Optimizing PD-1/PD-L1 Immune Checkpoint Inhibitor Therapy: Dedicated to the Memory of Waun Ki Hong,” cancer researchers updated attendees on the latest advances in the utility of this class of immunotherapeutics, either as monotherapy or in combination with other treatment modalities.

“It is very appropriate that this session is dedicated to Waun Ki Hong, who is a pioneer in the field of cancer research who we unfortunately lost just a few months ago,” began session chairperson and Annual Meeting clinical trials committee cochair Nilofer S. Azad, MD, of the Johns Hopkins Sidney Kimmel Comprehensive Cancer Center. Hong’s contribution included “pivotal work that changed the way we take care of patients with laryngeal cancer,” she added. “I think he would have been so pleased today to see these presentations, including work in HPV-positive cancer, which was important to his legacy as well.”

Ryan Sullivan, MD, from Massachusetts General Hospital Cancer Center, was the first presenter in this session. He discussed data from the phase II clinical trial, ENCORE 601, in which a combination of the anti-PD-1 therapeutic pembrolizumab (Keytruda) and the experimental histone deacetylase (HDAC) inhibitor entinostat was tested in patients with non-small cell lung cancer, melanoma, and mismatch repair-proficient colorectal cancer. His presentation focused on the patients with unresectable or metastatic melanoma that progressed during or following treatment with an anti-PD-1 immunotherapeutic.

Sullivan explained that the landscape of treatment for patients with advanced melanoma has changed dramatically over the past decade as a result of the U.S. Food and Drug Administration approval of immune checkpoint inhibitors and BRAF-targeted therapeutics. Since 2011, the checkpoint inhibitors ipilimumab (Yervoy), pembrolizumab, nivolumab (Opdivo), and the BRAF-targeted therapeutics vemurafenib (Zelboraf), dabrafenib (Tafinlar), and encorafenib (Braftovi), among others, were approved, as monotherapies and as some combination treatments. Consequently, the response rate, which was about 10 percent for this patient population in the 1990s, has risen to up to 40 percent now.

However, most patients develop resistance, and most patients die of metastatic melanoma eventually. Therefore, “we need a better therapeutic approach,” he noted, that includes deepening our understanding of the mechanisms of treatment resistance and developing rationally chosen combinations, particularly those that can tackle resistance to anti-PD1 checkpoint inhibitors.

Entinostat was chosen to be tested in combination with anti-PD1 in this clinical trial because prior studies have shown that entinostat causes downregulation of immunosuppressive cell types in the tumor microenvironment, and it synergized with anti-PD1 inhibition in preclinical models, Sullivan noted.

Of the 53 evaluable patients in the trial, one had a complete response (CR) and nine had a partial response (PR) following treatment with the combination, resulting in an objective response rate (ORR) of 19 percent. At the time of data cutoff, the median duration of response (DOR) was 12.5 months; nine of 10 responses were observed by week 12.

In patients with melanoma who had progressed on prior anti-PD-1/CTLA-4 blockade, a group with limited treatment options, entinostat plus pembrolizumab demonstrated robust antitumor activity, Sullivan noted. “A key next step will be to identify a biomarker to better determine which patients will respond to this treatment,” he said in a press release.

Data disclosed last year from the phase III trial MYSTIC, in which a combination of the anti-PD-1 antibody durvalumab (Imfinzi) and the investigational anti-CTLA4 antibody tremelimumab was tested as first-line treatment for metastatic non-small cell lung cancer (mNSCLC) compared with chemotherapy, showed that the combination did not meet the primary endpoints of progression-free survival (PFS) and overall survival (OS). An exploratory analysis of blood tumor mutational burden (bTMB) showed that high bTMB, defined as ≥16 mutations per megabase, was associated with 38 percent reduced risk of death compared to chemotherapy in patients treated with the combination. Data from bTMB analysis also positively correlated with tissue TMB (defined as ≥10 mutations per megabase, tTMB≥10).

Among patients who had matched tissue and blood TMB analysis, the investigators observed a positive correlation between the two parameters.

“TMB was predictive of OS benefit with first-line durvalumab and first-line durvalumab plus tremelimumab in metastatic NSCLC,” concluded the study presenter, Solange Peters, MD, from Lausanne University in Switzerland. “We do believe that based on this exploratory analysis, further investigation and prospective validation of bTMB as a predictive biomarker for immunotherapy is warranted.”

Hyun Cheol Chung, MD, PhD, from Yonsei University College of Medicine in Seoul, Republic of Korea, presented data from a pooled analysis of the phase 1b basket trial KEYNOTE-028 and the phase II basket trial KEYNOTE-158. In these two trials, patients with multiple types of advanced (unresectable and/or metastatic) solid tumors, including SCLC, that had progressed on standard-of-care therapy were treated with pembrolizumab. All patients included in the pooled analysis had received at least two lines of prior therapy for advanced disease. Patients from KEYNOTE-028 were required to have PD-L1–positive tumors, but this was not the case for those in KEYNOTE-158.

In the pooled analysis of data from 83 SCLC patients eligible for efficacy analysis, the ORR was 19.3 percent, which included two CR and 14 PR. The median DOR was not reached at the time of this analysis. Of the 16 responders, nine had responses lasting for at least 18 months. Fourteen of the 16 responders had PD-L1–positive tumors; however, because the methods for assessing PL-L1 were slightly different in the two studies, the biomarker potential of PD-L1 could not be evaluated, according to Chung.

Chung said in a press release, “Our findings are particularly noteworthy given that data show that historically, patients with SCLC in the third-line treatment setting have limited survival benefit, with a median DOR of less than two months and median survival of around two to three month. Our study shows that pembrolizumab monotherapy can provide durable clinical benefit with manageable toxicity in this hard-to-treat patient population.”

Julius Strauss, MD, from the National Cancer Institute, presented data from a phase I clinical trial in which bintrafusp alfa (M7824), a bifunctional fusion protein targeting TGF-β and PD-L1, was tested in patients with human papillomavirus (HPV)–associated malignancies.

Prior research published in Cancer Research has shown that dysregulation of the TGF-β pathway is associated with cervical cancer and HPV-positive squamous cell carcinoma of the head and neck (SCCHN), and TGF-βR1 was significantly overexpressed in these cancers compared to benign tissues, making this pathway a potential therapeutic target. Further, prior research published in JAMA Oncology has shown that the upregulation of PD-1 in T cells and PD-L1 on dendritic cells correlated with increasing cervical intraepithelial neoplasia (CIN) grades in patients with high-risk HPV infection, suggesting that PD-1/PD-L1 blockade is a therapeutic target in HPV-associated cancers. Bintrafusp alfa is a first-in-class bifunctional fusion protein composed of two extracellular domains of the TGF-βRII receptor fused to a human IgG1 monoclonal antibody against PD-L1. 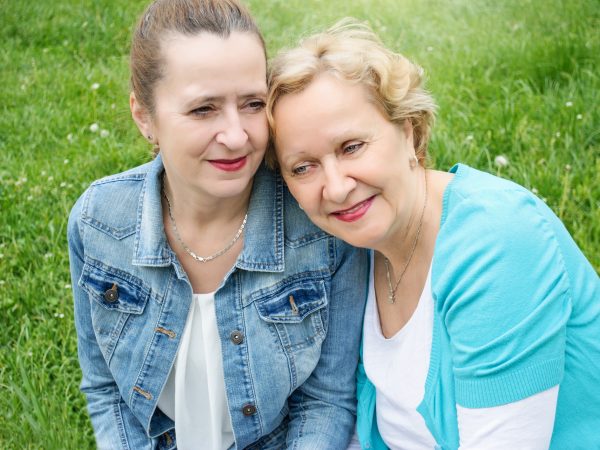