Ovarian cancer is a fairly rare cancer, accounting for only 1.3 percent of new cancer diagnoses in 2019. However, it is a deadly cancer, with only 47.6 percent of patients surviving for five years or longer. Because there are no early detection tests for ovarian cancer, most patients are diagnosed at an advanced stage, when the disease is difficult to treat.

There is some good news surrounding ovarian cancer. According to the National Cancer Institute’s Surveillance, Epidemiology, and End Results Program, death rates fell an average of 2.3 percent each year from 2007 to 2016.

The past decade has brought about a greater understanding of the hereditary component of ovarian cancer, which has helped tailor prevention and early detection efforts, explained Karen H. Lu, MD, one of four cochairs of the AACR meeting.

“Risk of ovarian cancer is 1 in 70 for the general population, but we know that certain women are at high risk. This includes women who have inherited that risk from their mother or father. Women should know their family history, and consider genetic testing,” said Lu, professor and chair in the Department of Gynecologic Oncology and Reproductive Medicine, Division of Surgery at The University of Texas MD Anderson Cancer Center in Houston. She added that women who are found to have a BRCA mutation may consider surgical removal of their ovaries and fallopian tubes.

Now that several PARP inhibitors are approved by the U.S. Food and Drug Administration, researchers are seeking more information about which patients will respond best to them, explained David Bowtell, PhD, another cochair of the AACR meeting. Identifying patients who respond well to the drugs, and those who may be most likely to acquire resistance to them, will be a topic of multiple presentations at the meeting.

“To my mind, the biggest challenge overall is the evolution of drug resistance. For many patients, we have treatments that are very effective, but all too often the cancer evolves to become resistant,” said Bowtell, who is co-head of the Cancer Genomics and Genetics and Women’s Cancer Programs at Peter MacCallum Cancer Centre in Melbourne, Australia.

Meanwhile, Bowtell will chair a session on “exceptional responders”—patients who have entered a long period of remission after initial treatment; those who have survived for 10 or more years; or those who continue to respond to platinum-based chemotherapy.

“These patients have [experienced] something that researchers and clinicians have been seeking for decades, so they hold some very important clues,” Bowtell said. “Within these groups we see more common mutations in the BRCA pathway, but we know that alone isn’t sufficient for an exceptional response since not all patients with these mutations do as well. We believe that combinations of mutations may be important and that is something we are currently investigating.”

An international meeting like the AACR’s is an excellent chance to learn more about these patients, Bowtell said.

“Because they’re uncommon by definition, it is important to collaborate internationally to identify enough patients to have statistically powered studies,” he said.

“Knowledge is power,” Bowtell continued. “The past decade has seen a huge advance in our understanding of the biology of ovarian cancer. We are now seeing that translated to novel clinical trials. The meeting will focus on gaps in that knowledge, and opportunities for researchers to network and establish new collaborations.”

Registration and further program details on the meeting are available here. 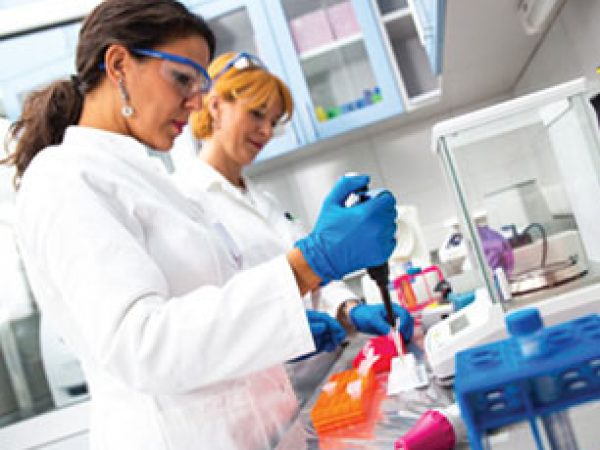