Sports are often referred to as a metaphor for life. But, for ESPN reporter Holly Rowe, sports are quite literally a way of life. When Rowe was undergoing treatment for desmoplastic melanoma, her passion for sports—and telling athletes’ stories from the sidelines—helped her muscle through her own personal struggles.

Although she didn’t discuss her diagnosis and surgery when she was first diagnosed with cancer in May 2015, she released a statement through ESPN before her second surgery in Feb. 2, 2016. Less than a month later, Rowe was back covering the game. In March, she reported from the men’s and women’s NCAA college basketball championships. In addition, she covered the Women’s National Basketball Association and the Women’s College World Series, while undergoing treatment with high-dose interferon in April and May. “I was deathly ill. I couldn’t eat. I could barely walk. I would lie in bed all day and then get up and go to work,” Rowe said, in an article published in the summer 2019 issue of Cancer Today.

Rowe found sports to be a “powerful” medicine. Along the way, the veteran reporter discussed her struggles with cancer on TV and via social media, even sharing a video when she shaved her head. Rowe, who has always found inspiration in athletes playing the game, ended up inspiring many others.

In July 2016, Rowe got news that her cancer had spread to her lungs. She joined a clinical trial testing a combination immunotherapy approach at UCLA Jonsson Comprehensive Cancer Center in Los Angeles. From August 2016 through August 2018, Rowe flew to Los Angeles every 21 days for intravenous infusions. Within three months on the trial, the tumors in her lung had started to shrink. By the end of treatment, the largest tumor had decreased in diameter from 21 millimeters to 3 millimeters. Her doctors told her the remaining mass was likely residual scar tissue.

Rowe’s story remains a powerful testament to the power of immunotherapy. In the past, desmoplastic melanoma was considered difficult to treat, says Antoni Ribas, MD, PhD, Rowe’s medical oncologist and the President-Elect of the American Association for Cancer Research. “These drugs have dramatically altered the way we treat some cancers. Holly is an example of that,” Ribas said in the article.

Research has shown that some immune checkpoint inhibitors approved for advanced melanoma are especially effective in treating desmoplastic melanoma, which is a rare fast-growing subtype that accounts for less than 4 percent of melanoma diagnoses. Ribas and colleagues published research on Jan. 18, 2018, in Nature that showed 70 percent of 60 patients with advanced desmoplastic melanoma responded to immunotherapy, specifically PD1 and PD-L1 checkpoint inhibitors. In addition, 74 percent of those patients who responded to the immunotherapy were alive after almost two years. Patients who previously didn’t have this option would have typically lived for only six to nine months, Ribas says.

While initially hesitant to share her struggles with sports fans, Rowe is ultimately glad she did. “If me going through the hard stuff publicly helped someone else have a better day, I think that’s important,” she said in the article.

Parts of this blog post were excerpted from the original article, which appeared in Cancer Today, a magazine and web resource for cancer patients, survivors, and their caregivers that is published by the American Association for Cancer Research. 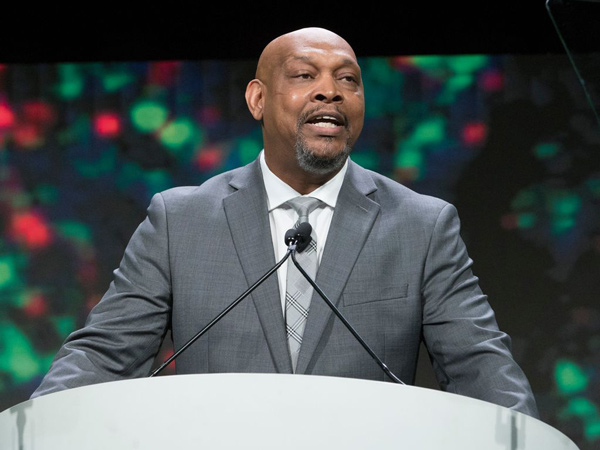