Immunotherapeutic advances have dramatically changed the treatment landscape for a host of different cancer types. Notably, immune checkpoint inhibitors – drugs that target the CTLA-4 or the PD-1/PD-L1 axis – have been approved for the treatment of more than a dozen cancers, and numerous clinical trials evaluating such agents in combination with other drugs are currently underway.

Therapies that utilize our own immune system to attack cancer cells can cause a specific set of adverse events, however. Inhibition of checkpoint proteins can disrupt the balance of the immune response, resulting in inflammatory side effects that can affect many organ systems. As highlighted in a review article published in The New England Journal of Medicine, studies have posited mechanisms for such adverse events, including increased levels of auto-antibodies and inflammatory cytokines, or increased T-cell activity in healthy tissues.

With the increased use of immune checkpoint inhibitors, understanding the associated adverse events—including autoimmune diabetes, which can be lifelong, and cardiotoxicity, which can be fatal—is a crucial step in order to manage them effectively.

Last month in Boston, the AACR hosted the annual special conference Tumor Immunology and Immunotherapy, which featured the latest advancements in the burgeoning field of cancer immunotherapy. The third plenary session of the meeting covered immune-related adverse events that are associated with checkpoint inhibitors, and cited case reports and preclinical research to best understand these side effects.

Kevan Herold, MD, from the Yale School of Medicine, opened the plenary session highlighting the remarkable role that checkpoint inhibitors have played in cancer medicine. He noted, however, that the same mechanisms that enhance the immune response to attack cancer cells may also be expected to cause immune-related adverse events.

Herold highlighted that the endocrine system is a prevalent target of checkpoint-induced autoimmunity – including the pancreas, where the insulin-secreting β cells reside. A prior analysis conducted by Herold and others revealed that roughly 1 percent of nearly 3,000 patients treated with checkpoint inhibitors developed checkpoint inhibitor-induced diabetes. This side effect was not observed in patients who received anti-CTLA-4 alone, only in patients that had received anti-PD-1 or anti-PD-L1 antibodies.

Herold and colleagues had the opportunity to analyze CT scans from patients treated with checkpoint inhibitors. Compared with patients who did not develop diabetes, those who did had pancreatic volume loss. Analysis of pancreatic tissue from a patient who died with checkpoint inhibitor-induced diabetes showed that this patient had PD-1-positive cells infiltrating the pancreas. Additional immunohistochemical staining revealed CD4 and CD8 T-cell infiltration in this pancreatic tissue.

To understand how inflammation might affect β cells, the researchers cultured mixed lymphocytes plus pancreatic islet cells with or without anti-PD-1 antibodies and found that the addition of anti-PD-1 increased the secretion of interferon gamma (IFNγ). Treatment of β cells with IFNγ resulted in the increased expression of PD-L1 and IDO1, another modulator of the immune response. Additionally, the researchers found that PD-L1-positive β cells had increased expression of the apoptotic regulator Fas and increased apoptosis overall. A diminished population of β cells can ultimately result in autoimmune diabetes.

Therapeutic avenues for the treatment of checkpoint inhibitor-induced diabetes are still being explored, including inhibiting IFNγ and/or TNFα.

Cardiotoxicity caused by cancer treatments is not a new concept in the field, noted Javid J. Moslehi, MD, from the Vanderbilt University School of Medicine, in the second talk of this plenary session. Indeed, many anticancer therapeutics rely on indiscriminate cell killing in order to suppress tumor growth. What is surprising, said Moslehi, is that clinicians are observing cardiotoxicities associated with targeted therapies, such as anti-HER2 therapies and VEGF inhibitors, and also with immunotherapeutics, such as immune checkpoint inhibitors.

Moslehi began his talk by referring to a report detailing two patients with melanoma who were treated with a combination of the CTLA-4 inhibitor ipilimumab (Yervoy) and the PD-1 inhibitor nivolumab (Opdivo). Within 15 days of their first treatment, both patients had fatal myocarditis, as characterized by T-cell and macrophage infiltration into the heart muscle. This adverse event has been termed immune checkpoint inhibitor (ICI)-associated myocarditis.

Similar to checkpoint inhibitor-induced diabetes, ICI-associated myocarditis is rare. A major risk factor for this condition is the combined inhibition of CTLA-4 and the PD-1/PD-L1 axis. The consequences of this infrequent toxicity is significant – a report shows that up to 50 percent of patients that developed ICI-associated myocarditis have died.

The third talk in this plenary session, delivered by Antony Rosen, MBChB, from Johns Hopkins University, focused on “cancer as seen through the lens of the autoimmune rheumatic diseases.”

For many years, Rosen explained, there has been an observation that cancer and certain rheumatic conditions have an “unusual clinical clustering.” He referenced a meta-analysis that illustrated an increased risk for malignant disease among individuals with certain inflammatory myopathies, such as dermatomyositis and polymyositis. The association between scleroderma and cancer, however, has been somewhat controversial, noted Rosen.

To further characterize the relationship between scleroderma and cancer, Rosen and colleagues evaluated serum from 23 patients that had both of these conditions. They found that patients with autoantibodies against RNA polymerase III had a close temporal relationship (roughly one year) between the onset of cancer and scleroderma. A later study showed that 75 percent of patients with cancer and scleroderma with autoantibodies against the large subunit of RNA polymerase III (RPC1) had genetic abnormalities at the PolR3A locus.

Rosen concluded that the association between cancer incidence and scleroderma in the context of immune responses is of great interest, and that the study of rheumatic diseases could help shape cancer immunotherapy research.

To wrap up the plenary session, Nikhil Joshi, PhD, from the Yale School of Medicine, gave a short talk about a genetically engineered mouse model, coined NINJA (iNversion INducible Joined neoAntigen), which could be used to study checkpoint inhibitor-associated adverse events.

Using a tissue-specific Cre recombinase system, Joshi and colleagues can induce the expression of known neoantigens in specific organs of the syngeneic mice, which are not autoimmune-prone. In this way, the researchers can evaluate tissue-specific immune tolerance.

Joshi and colleagues observed a “tissue hierarchy” of immune tolerance – in the liver, the immune response to the neoantigens included low-functioning PD-1-positive T cells, and this immune tolerance was not reversed following treatment with checkpoint inhibitors. However, in the skin, the immune response to the neoantigens included the expansion of effector T cells, and treatment with checkpoint inhibitors resulted in skin-related adverse events. The Joshi lab is interested in investigating immune tolerance in other tissues, such as the pancreas and heart.

Additionally, due to the syngeneic nature of these models, Joshi noted that future work could evaluate potential therapies that block adverse events associated with checkpoint inhibitors without blocking the anticancer response. 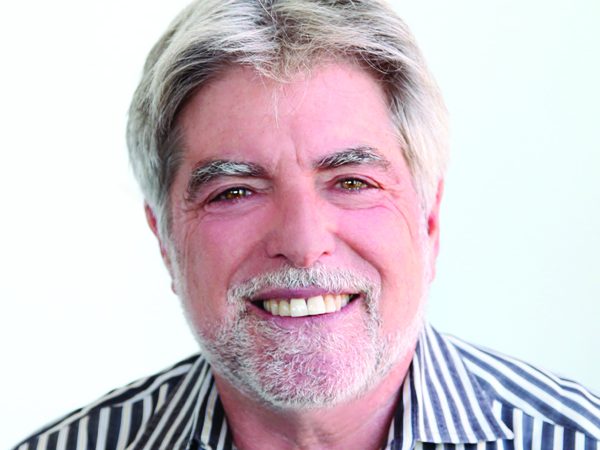