Every month, the editors from the portfolio of scientific journals published by the AACR select one “must read” article from each issue, which we summarize here. The May edition includes a description of a deep learning-based algorithm to examine the tumor microenvironment in lung cancer for risk prediction, an examination of the role that the protein myocilin plays in cancer-associated cachexia, along with results from two clinical trials, among other studies. As always, these articles are freely available for a limited time.

Epidemiological studies have found an association between cholesterol and prostate cancer incidence and/or progression, and cholesterol-lowering drugs have been associated with reductions in incidence and progression of this disease, suggesting that modulation of cholesterol homeostasis may represent a method to treat or prevent prostate cancer. Previous work has shown that the cholesterol derivative 27-hydroxycholesterol (27HC) reduced intracellular cholesterol levels and inhibited prostate cancer cell growth, yet its underlying mechanism of action remains unknown. In this study, the authors investigated whether 27HC could influence the IL6-JAK-STAT3 signaling pathway, which depends on precise lipid chemistry in the cell membrane and is therefore sensitive to cholesterol depletion in prostate cancer cells. The researchers found that the treatment of prostate cancer cells with 27HC led to altered membrane chemistry, reduced STAT3 activation, and slowed tumor growth both in vitro and in vivo. Further, the authors determined that 27HC inhibited STAT3 homodimerization, nuclear translocation, and target gene expression. The authors conclude that 27HC disrupts the IL6-JAK-STAT3 signaling axis, and future studies are required to explore the clinical implications of these findings for potential prostate cancer treatments. This article was highlighted in this issue.

Bispecific antibodies that target a tumor antigen and the T-cell coreceptor CD3 can improve outcomes for some patients with hematologic malignancies, but they have not shown clinical benefit for patients with solid tumors. In this preclinical study, the authors designed a bispecific antibody that targeted CD3 and the prostate-specific membrane antigen PSMA (PSMAxCD3). They engineered mice to express human PSMA and CD3 and examined the activity of PSMAxCD3 against solid tumors in this immunocompetent model. The bispecific antibody accumulated in PSMA-expressing tumors and normal tissues. Although PSMAxCD3 led to T-cell activation and antitumor activity in mice with low tumor burden, it was not as effective in mice with larger tumors. However, when combined with stimulation of the 4-1BB receptor on T cells, T-cell activation and proliferation increased, enhancing antitumor efficacy against larger tumors and leading to T-cell memory and durable antitumor responses. The authors conclude that combining tumor-targeted CD3 bispecific antibodies with 4-1BB stimulation is a potential therapeutic approach for solid tumors. This article was featured on the cover of this issue.

In this study, the authors describe a deep learning-based algorithm to examine standard hematoxylin and eosin (H&E)-stained tissue images to automatically segment and classify different types of cell nuclei, with the ultimate goal of characterizing the tumor microenvironment (TME) to develop a prognostic model for patients with lung cancer. The researchers trained their model using pathology images from patients with lung adenocarcinoma in the National Lung Screening Trial (NLST), where a variety of cell types were manually labeled by expert pathologists. Using the pre-identified cell types and cell spatial locations, the algorithm could identify TME-related image features significantly associated with patient survival. The model was validated using lung adenocarcinoma pathology image data from The Cancer Genome Atlas (TCGA) to stratify patients’ risk, and the predicted high-risk group had over twice the risk of death compared with the low-risk group, after adjusting for clinical variables. The authors note that access to this deep-learning algorithm can be found here. This article was highlighted and was featured on the cover of the May 15 issue. A related commentary can be found here.

While the prognosis for pediatric acute lymphoblastic leukemia (ALL) is generally favorable, around 20 percent of children are estimated to experience a relapse, and the majority of these patients will die from their disease. Research indicates epigenetic alterations may be a potential driver of chemoresistance and relapse in pediatric ALL, representing a potential avenue for therapeutic intervention. In this pilot study, the epigenetic modulators decitabine (Dacogen), a DNA methyltransferase inhibitor, and vorinostat (Zolinza), a histone deacetylase inhibitor, were used before and during a chemotherapy regimen in 23 pediatric patients with relapsed or refractory B-cell ALL (B-ALL). While nine patients had a complete response and five patients had stable disease, infectious complications were common, with nearly 75 percent of patients experiencing infections of at least grade 3; this therapeutic regimen was therefore determined to be infeasible in B-ALL. However, correlative pharmacodynamic analyses revealed dose-dependent decreases in methylation at CpG sites and modulation of biological pathways associated with antileukemic effects. The authors posit that future work is needed to determine if epigenetic modifiers can be successfully combined with chemotherapy in this patient population within the context of a different chemotherapy backbone. This article was highlighted in the May 15 issue.

The phase III clinical trial DUO found that the PI3K inhibitor duvelisib (Copiktra) had superior efficacy when compared with the anti-CD20 monoclonal antibody ofatumumab (Arzerra) in patients with relapsed or refractory chronic lymphocytic leukemia (CLL) or small lymphocytic lymphoma (SLL). In this study, the authors report results from 90 patients who experienced disease progression following treatment with ofatumumab in the DUO clinical trial who received duvelisib in a crossover extension study. When treated with ofatumumab, these patients had an overall response rate, median duration of response, and median progression-free survival of 29 percent, 10.4 months, and 9.4 months, respectively. After treatment with duvelisib, 77 percent of patients had a response, and the median duration of response and median progression-free survival were 14.9 months and 15.7 months, respectively. The authors conclude that duvelisib is an effective treatment option in patients whose CLL or SLL progressed on prior therapy with ofatumumab. This article was highlighted in the May 1 issue.

Cancer-associated cachexia (skeletal muscle wasting) is associated with reduced tolerance to cancer treatment, increased risk of complications after surgery, and a worse prognosis. The molecular mechanism underlying skeletal muscle wasting is not understood. Here, the authors investigated the role of myocilin (Myoc), a protein that promotes muscle growth. They examined multiple mouse models of cancer and found that Myoc expression was decreased in these models. Furthermore, Myoc-deleted mice exhibited phenotypes associated with cachexia, and expression of Myoc significantly attenuated muscle loss in cancer cachexia models. The authors found that Myoc transcription was activated by the myocyte enhancer factor 2 C (Mef2c) transcription factor, and that Mef2c expression significantly reduced muscle wasting in a mouse model of pancreatic ductal adenocarcinoma (PDAC). The authors also observed that patients with PDAC and cachexia had significantly lower levels of MYOC expression in skeletal muscle compared with patients without cancer. The authors propose that dysregulation of MEF2C-dependent transcription of MYOC may contribute to cancer-associated cachexia. This article was featured on the cover of the May 1 issue.

DNA-damaging agents, including substances that result in double-strand breaks, are widely used in many cancer treatment regimens. The DNA-dependent protein kinase (DNA-PK) is a key player in double-strand break repair, and its inhibition represents an attractive approach to enhance DNA-damaging agents for cancer therapy. In this study, the authors evaluated M3814, a selective inhibitor of DNA-PK, in cancer cells and in in vivo models. The researchers found that treatment with M3814 sensitized multiple cancer cell lines to ionizing radiation and agents that induce double-strand breaks. Additionally, oral administration of M3814 in two xenograft models of human cancer enhanced the antitumor activity of ionizing radiation treatment administered using a clinically established six-week fractionated schedule and resulted in complete tumor regression. The authors note that M3814 is currently under investigation in combination with radiotherapy in clinical trials. This article was highlighted and was featured on the cover of this issue.

Tobacco smoking is a major risk factor for lung cancer due to the presence of carcinogenic compounds in cigarettes, such as 4-(methylnitrosamino)-1-(3-pyridyl)-1-butanone (NNK). Preclinical studies have suggested that kava, a beverage commonly consumed in the South Pacific Islands, may reduce the risk of lung cancer by promoting the detoxification of NNK and reducing DNA damage caused by NNK. In this study, the authors conducted a pilot clinical trial to determine the impact of kava consumption on NNK metabolism in active smokers. The trial included 21 adult participants who smoked at least five cigarettes per day. Participants were instructed to take kava-containing capsules three times daily for seven days. Urine samples were collected before and during kava intervention in order to measure excretion levels of the major NNK metabolite, 4-(methylnitrosamino)-1-(3-pyridyl)-1-butanol (NNAL), as a readout of NNK metabolism. The authors observed increased urinary excretion of NNAL and reduced excretion of the DNA adduct 3-methyladenine after kava intervention, suggesting increased NNK metabolism and a reduction in DNA damage. In addition, the authors found reduced levels of the stress marker cortisol and of total nicotine, which could suggest a reduction in smoking. The authors propose that kava intervention may reduce the carcinogenicity of NNK, reduce stress, and facilitate tobacco cessation. This article was featured on the cover of this issue.

CD19 chimeric antigen receptor (CAR) T-cell therapy has changed the treatment landscape for relapsed and refractory B-cell malignancies. The CAR T-cell therapies axicabtagene ciloleucel (Yescarta) and tisagenlecleucel (Kymriah) have been approved by the U.S. Food and Drug Administration for the treatment of some diffuse large B-cell lymphomas and B-cell acute lymphoblastic leukemias. While response rates are high, resistance to CAR T-cell therapy is common. Resistance may occur due to insufficient reactivity against cancer cells with low antigen density, but the factors controlling the threshold for antigen recognition remain unclear. In this study, the authors found that the CAR construct in axicabtagene ciloleucel was more effective than that of tisagenlecleucel against tumors with low antigen density. They determined that recognition of low-antigen-density cells could be enhanced with certain modifications to the tisagenlecleucel CAR, including the addition of immunoreceptor tyrosine-based activation motifs (ITAM) and replacement of the CD8 hinge-transmembrane region with a CD28-hinge/transmembrane region. The authors conclude that CARs can be engineered to enhance activity against cells with low antigen density. This article was highlighted and was featured on the cover of this issue. 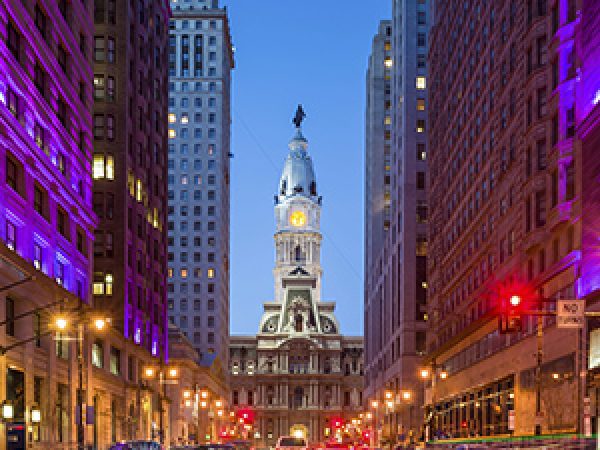 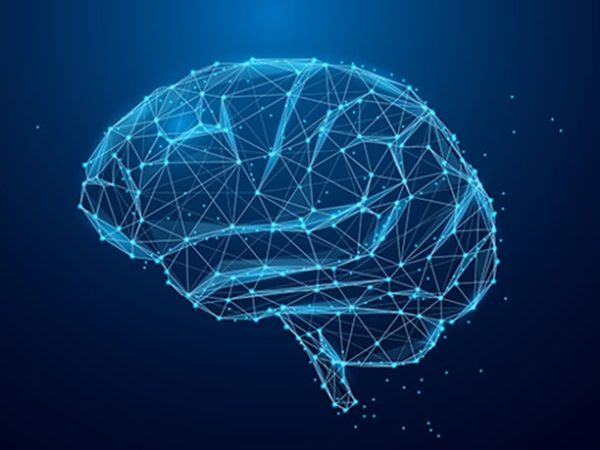 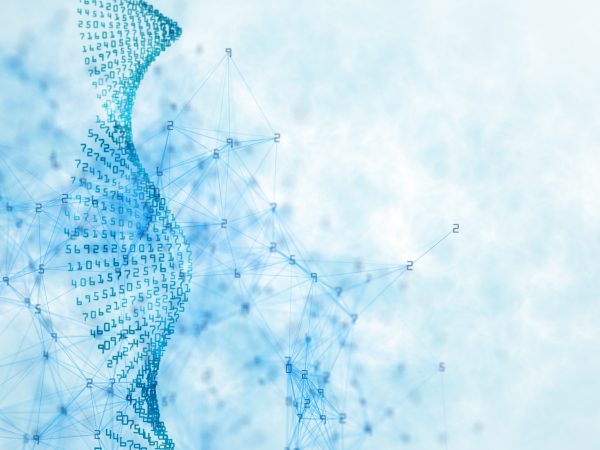