Following the resounding success of the First Virtual Annual Meeting with more than 61,000 attendees in April, the AACR delivered a sensational Opening Ceremony for the organization’s Virtual Annual Meeting II, which started Monday. The program included an impressive lineup of influential speakers, including Congresswoman Nancy Pelosi (D-California), Speaker of the U.S. House of Representatives; Senator Roy Blunt (R-Missouri), Chairman of the Appropriations Subcommittee on Labor, Health and Human Services, and Education; and Richard Pazdur, MD, director of the U.S. Food and Drug Administration’s Oncology Center of Excellence.

“The AACR Annual Meeting is the foremost cancer research meeting in the world,” noted Elaine Mardis, PhD, FAACR, Immediate Past President of the AACR, who spoke at the Opening Ceremony. Mardis introduced the AACR President and Annual Meeting 2020 Program Chair Antoni Ribas, MD, FAACR, who provided his remarks for the Opening Plenary Session, “Turning Science into Lifesaving Care.”

“The program for this second Virtual Annual Meeting will be broad in scope, covering the cutting-edge science being conducted across the spectrum of cancer research,” noted Ribas. “Disseminating these findings is vital in order to enhance communication of scientific breakthroughs among researchers around the world, foster collaboration, spark innovative new projects, and drive progress for patients.”

Presentations in the Opening Plenary Session showcased wide-ranging topics from innovative research disciplines, including the role of long noncoding RNAs in cancer, the utility of epigenetics in early detection and classification of cancer, the role of aging and the tumor microenvironment in shaping responses to cancer therapies, recent developments in cancer precision medicine aided by artificial intelligence (AI), and the utility of CRISPR-mediated gene-editing approaches to reprogram T cells for the treatment of cancer.

In his presentation, titled, “Personal regulome navigation of cancer,” Howard Y. Chang, MD, PhD, director of the Center for Personal Dynamic Regulomes and the Virginia and D.K. Ludwig Professor of Cancer Genomics at Stanford University, likened a personal regulome map to a landscape, from which one can extract layers of information about cell types, cell states, cell lineage, tissue microenvironment, and response to treatments, and described the possibility of connecting them all through advanced computation to understand the interplay among the components.

Chang, who is also professor of dermatology and of genetics at Stanford University School of Medicine, and a Howard Hughes Medical Institute Investigator, talked about extrachromosomal circular DNA (ecDNA), which can harbor oncogenes, including EGFR, MYC, KRAS, and HER2. Amplification of the oncogenes on the ecDNA can result in increased production of oncogenic protein product compared with when they are amplified on the linear DNA, owing to ecDNA’s large structure, high copy number and sequence variation, and higher accessibility for transcription due to lower level of compaction. “Extrachromosomal DNA represents a new kind of epigenetic phenomenon,” Chang noted.

Chang also discussed gene-regulatory mechanisms, including those that regulate clonal replacement of memory T-cell phenotypes with exhausted T-cell phenotypes upon treatment with immune checkpoint inhibitors, enabling cancers to evade the immune response. Effective tumor immunity can be achieved by rebooting the T cells rather than recruiting more T cells, he said. One approach to rebooting is by editing multiple loci, including PD-1, in the T cells using the gene-editing tool CRISPR, which his team is pursuing in collaboration with the laboratories of Carl June, MD, FAACR.

Tapping into epigenetics for cancer detection

Daniel Diniz De Carvalho, PhD, a senior scientist at the Princess Margaret Cancer Centre and associate professor in the Department of Medical Biophysics at the University of Toronto, presented his talk, titled “Turning the science of epigenetics into novel cancer early detection, classification, and monitoring approaches.”

De Carvalho, who holds the Canada Research Chair in Cancer Epigenetics and the Helen M Cooke endowed professorship, outlined the challenges with liquid biopsy/ctDNA-based cancer detection approaches. DNA methylation, on the other hand, has thousands of cancer-specific and tissue-specific events that could be exploited for the classification of cancer, he added. He described a new methodology, cell-free methylated DNA immunoprecipitation and high-throughput sequencing (cfMeDIP-seq), an agnostic approach to biomarker development that can be used for any cancer type. His team is making improvements to the methodology to adjust for biological and technical bias and to allow for absolute quantification of tumor DNA.

Using 388 plasma samples of patients and controls, De Carvalho demonstrated that cfMeDIP-seq could differentiate features that were cancer-specific and cancer-type specific. In validation studies using 199 plasma samples, the methodology could distinguish between early-stage and late-stage disease with high accuracy (area under the curve was greater than 0.9). De Carvalho discussed ongoing work on the application of cfMeDIP-seq for the detection of renal cell carcinoma, head and neck squamous cell carcinoma, prostate cancer, and intracranial tumors. Data from the studies to noninvasively diagnose and classify renal cell carcinoma and intracranial tumors were simultaneously published in Nature Medicine Monday.

Dissecting the intersection of cancer and aging

Ashani T. Weeraratna, PhD, E.V. McCollum Chair of Biochemistry and Molecular Biology at the Johns Hopkins School of Public Health, a Bloomberg Distinguished Professor, and co-program leader of the Cancer Invasion and Metastasis Program at the Sidney Kimmel Comprehensive Cancer Center, Johns Hopkins School of Medicine, was the next speaker in the session. Her talk was titled “Age against the machine: How the aging microenvironment governs response to therapy.”

Weeraratna drew our attention to the fact that by 2050, a quarter of the world’s population will be more than 60 years old, the age beyond which most cancer diagnoses and deaths are encountered, making it a significant public health burden. Weeraratna’s lab studies the aging tumor microenvironment and its influence on tumor vasculature, progression, metabolism, and therapy resistance, among others.

Preclinical studies by Weeraratna’s team showed the influence of aged fibroblasts in promoting metastasis compared to fibroblasts from younger patients, and the ability of melanoma cells to metastasize more rapidly in older mice than in younger mice, even when the metastatic cells migrated to the lung at about the same rate. Proteomics studies revealed that aged fibroblasts promoted canonical Wnt-signaling (versus non-canonical Wnt-signaling by young fibroblasts), and this influenced tumor vasculature, demonstrated by the presence of lower VEGF levels in older mice compared with younger mice. Human studies conducted elsewhere in parallel demonstrated younger melanoma patients benefiting from the anti-VEGF treatment bevacizumab (Avastin), with no effect in older patients. This is because, in older patients, angiogenesis is driven by a different mechanism through activity of the gene sFRP2, Weeraratna’s team deduced. Aged fibroblasts also had an influence on melanoma tumor metabolism, by promoting increased uptake of fatty acids through the fatty acid transporter FATP2. “The aging microenvironment is critical for the progression of tumor cells,” Weeraratna concluded.

Elemento outlined the workflow of precision medicine analysis at Weill Cornell, providing examples of unexpected HER2 driver mutations detected through whole-genome sequencing in patients with bladder and uterine cancers, who benefited from appropriate treatments. After discussing the manifold benefits of whole-genome sequencing of patients’ tumors, Elemento asked, “How do we move towards a more predictive personalized medicine?”

Elemento reviewed ongoing work in his lab on the wide-ranging applications of machine learning and deep neural networks in improving diagnosis and predicting treatment outcomes, including diagnosing thyroid lesions, predicting responders of immunotherapy, classification of skin cancers, predicting breast cancer subtypes, distinguishing between two types of lung cancers, predicting the prognosis of mesothelioma, predicting prostate biopsy results by integrating data from MRI images, and expediting drug development. Studies from his team have shown that data-integrative Bayesian machine learning could predict the targets of new molecules, and through this approach, Elemento and colleagues have analyzed more than 50,000 orphan small molecules and could predict targets for 40 percent of them. Further studies on molecules that were predicted to target microtubules showed in vitro efficacy in drug-resistant cells. AI assisted in the identification of dopamine receptor 2 as the target of an investigative molecule ONC201, and its subsequent utility in the treatment of gliomas in a clinical trial. “AI is making precision medicine more predictive,” Elemento concluded.

In a talk titled “Reprogramming human T cells to treat cancer,” Alexander Marson, MD, PhD, director of the Gladstone-UCSF Institute of Genomic Immunology and associate professor in the UCSF Department of Medicine, reviewed the progress made with genetically modifying T cells for the treatment of cancer, which has resulted in the approval of two CAR T-cell therapies, tisagenlecleucel (Kymriah) and axicabtagene ciloleucel (Yescarta), for the treatment of certain blood cancers. These therapies, however, don’t work for solid cancers, and are expensive.

Given that the existing CAR T-cell therapy approaches utilize viruses as vectors, Marson discussed the possibility of moving beyond viruses and utilizing revolutionary technologies with flexible platforms, such as CRISPR, for the non-viral engineering of T cells. His team had previously developed a CRISPR-Cas9 genome-targeting system that does not require viral vectors. This system enables quick and efficient insertion of large DNA sequences at specific sites in primary human T cells. Such an approach could potentially make engineered T cells effective for solid tumors, he hypothesized. His team developed a single guide RNA (sgRNA) lentiviral infection with Cas9 protein electroporation (SLICE) method, which could assist in the discovery and characterization of functional gene targets in primary cells. Through this approach, Marson and colleagues identified four genes that made the T cells more effective in tumor cell-killing. Further refinement to suppress adenosine, which can hinder T-cell function, resulted in the identification of two genes that could make T cells proliferate efficiently.

In addition to knocking out genes, Marson’s lab developed the technology to “knock in” genes at defined sites of the genome to further enhance the efficacy of engineered T cells. In order to shortlist knock-in gene constructs that are most effective in improving primary T-cell functions, Marson and colleagues developed a technology to barcode and track targeted integrations of large non-viral DNA templates, which could them be utilized to perform pooled knock-in screens in primary human T cells. “With the non-viral CRISPR manufacturing, we can think about removing genes or adding new gene sequences into specific sites of immune cells to give them exactly the properties that we want, to make them more effective for the next generation of cell therapies to treat cancer,” Marson concluded. 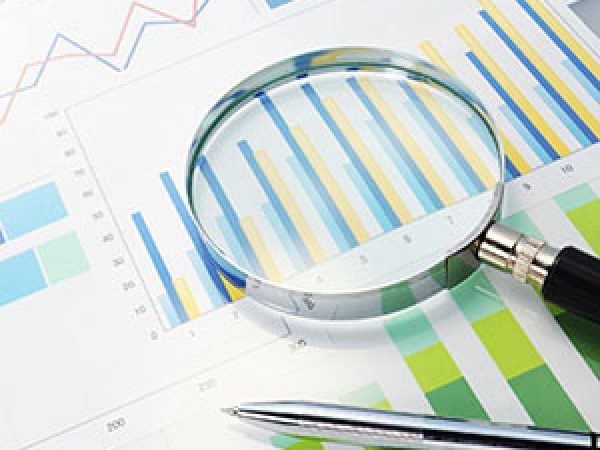