The American Association for Cancer Research (AACR) and its Minorities in Cancer Research (MICR) membership group today issued a call to action, furthering its effort to eliminate racism and racial inequities in cancer research. The statement in its entirety:

The callous and brazen murder of George Floyd at the hands of a white officer of the law while Mr. Floyd begged for his life has clearly revealed a total disregard for the value of the lives of African Americans in the U.S. It is particularly disturbing to see such racist crimes being perpetrated repeatedly by law enforcement officers and others who have affirmed to support and defend the Constitution of the United States. Countless other examples, even more recently with the murders of Daniel T. Prude, Rayshard Brooks, Breonna Taylor, Tony McDade, Sean Reed, and Ahmaud Arbery, are further definitive evidence that these atrocities against humanity were based on the racist behaviors of those who took an oath to uphold justice and protect the citizens of this country.

Black lives should not only matter. Blacks should also have their basic human rights respected, so that they can flourish in a country whose Declaration of Independence provides every citizen with “certain unalienable Rights,” among which are “Life, Liberty and the pursuit of Happiness.” These rights are grounded in the self-evident truths that “all men are created equal” and should therefore be treated as such as part of their residency and/or citizenship in this country.  Unfortunately, for most African Americans and other racial and ethnic minorities, pervasive and historic racism, discrimination, prejudice, and inequality limit, if not prevent, full access to these rights.

Disparities in health care are among the most significant forms of inequality and injustice. Racial and ethnic minorities in the U.S. continue to experience health care disparities. As one glaring example among others, African Americans have the highest overall cancer mortality rates compared to all other racial or ethnic groups in the U.S. These stark health inequities have drawn renewed attention and substantial concern in the face of the ongoing COVID-19 pandemic, which has also disproportionately impacted communities of color. A myriad of factors influences these differences, with the most significant being socioeconomic disparities and unequal access to care. To combat and eliminate the barriers to achieving health equity for all populations, many of us in the field of cancer research have dedicated our professional lives to identifying the various factors that contribute to these cancer health disparities. Accordingly, the AACR and its Minorities in Cancer Research (MICR) membership group denounce racial injustice and oppression, and we stand in solidarity in the fight against racism, privilege, and discrimination in all aspects of life. We all have an important part to play in eradicating the social injustices that are barriers to health equity, which is one of our most basic human rights.

Membership in MICR now numbers over 5,000 racially diverse cancer scientists and physicians. MICR was formed by the AACR in the year 2000 to address racial inequalities in cancer research. MICR’s overarching mission is to prevent and cure cancer while meeting the professional needs and advancing the careers of racially and ethnically diverse cancer researchers. Since the inception of MICR, the proportion of minorities in the AACR has grown from less than 2 percent to about 11 percent. Concerted efforts to eliminate cancer health disparities and to assist in the professional advancement of minorities in cancer research have resulted in highly successful programs, in large part, because of the advice and counsel of members of MICR’s advisory body—the MICR Council. This Council, which consists of individuals who possess expertise in the broad spectrum of cancer research from basic science to the clinic, champions MICR’s goals that are central to supporting the careers of minority investigators and to accelerating advances against cancer in all populations.

The goals of MICR include increasing the number, participation, visibility, and recognition of minority scientists in cancer research; developing programs that address the professional needs of minority scientists in cancer research; providing diversity globally in the cancer field and within the AACR’s membership, programs, committees, and leadership; addressing the disparities in cancer incidence, morbidity, and mortality faced by racial and ethnic minorities and other underserved populations; advocating for relevant, effective science and public policies; and assuming other such roles as are deemed necessary or appropriate to MICR’s mission.

MICR continues to spearhead and guide the success of AACR’s programs and activities pertaining to the above goals. Initiatives such as planning MICR-specific activities and sessions at AACR Annual Meetings; providing program content for the series of annual AACR conferences, titled “The Science of Cancer Health Disparities in Racial and Ethnic Minorities and the Medically Underserved;” building scientific leadership networks of minority scientists and those focused on cancer health disparities research; convening AACR Cancer Disparities Think Tanks to obtain innovative ideas on how to markedly reduce cancer incidence, morbidity, and mortality among minorities and the medically underserved; providing a voice for minority researchers to emphasize the importance of an equitable investment of federal and other resources in health equity; and advocating for effective legislation that will address the pressing need for health equity and cancer disparities research.

Stands against racism and social injustice have been woefully inadequate to date. Therefore, a unified Call to Action is urgently needed to effect long-term positive change. We must galvanize the momentum that has been created by the current movement and identify objective, actionable steps to eliminate structural and systemic racism. Such racism leads to significant health disparities, but it also negatively impacts advances against cancer. Words are just words if there is no action. Therefore, this Call to Action comes with important recommendations from the perspective of improving public health and health care as well as providing professional opportunities for minority scientists and physicians in the cancer field. These include the following:

The AACR will continue to strengthen its programs for minorities in cancer research and initiate new and effective ways to achieve health equity for all populations. These actions include, but are not limited to, the following:

In summary, we cannot allow the recently witnessed inhumanities against people of color to disappear from our minds. Systemic problems require systemic solutions. The AACR will continue to actively foster impactful science and public policies that benefit everyone equally, while at the same time dedicate its efforts to the elimination of cancer health disparities and the inclusion and recognition of the contributions of minority investigators in cancer research. Furthering the participation of minorities in clinical trials will remain a top priority.

We must seize this moment in time to make long-term positive change that leads to racial equality, social justice, and health equity for every American. To quote Dr. Martin Luther King Jr., “Our lives begin to end the day we become silent about things that matter.” 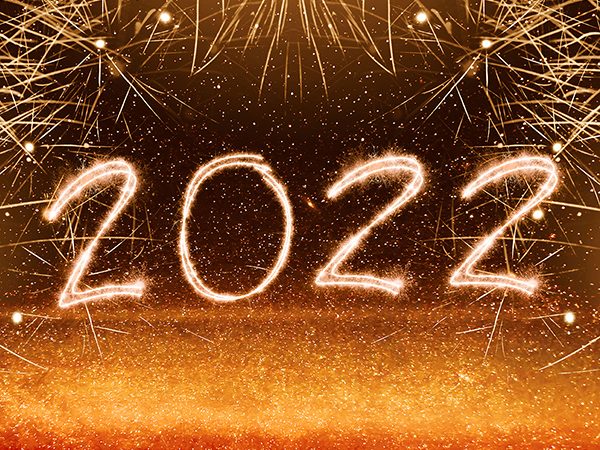