Margaret Foti, PhD, MD (hc), chief executive officer of the American Association for Cancer Research (AACR), along with other AACR leaders, joined President Joseph R. Biden at a White House event Wednesday as he announced plans for a new Cancer Moonshot, with a goal of reducing cancer death rates by 50 percent within the next 25 years.

Biden’s ties to the AACR date back to his tenure as Vice President of the United States, when he first announced the Cancer Moonshot Initiative in February 2016. That April, he delivered a powerful address at the AACR Annual Meeting in New Orleans, applauding the tireless efforts of cancer researchers as they bring new advances and treatment options to patients with cancer.

The new moonshot launches into a dramatically different world. The COVID-19 pandemic altered cancer prevention and care in countless ways, which will be fully detailed in the upcoming AACR Report on the Impact of COVID-19 on Cancer Research and Patient Care, scheduled for release Wednesday, February 9. The effects of the pandemic create a strong impetus to push for continued progress against cancer, Foti said.

“After the devastating interruptions in cancer research and patient care over the past two years, we must act with urgency to restore the scientific momentum against cancer,” she said. “The reignited Cancer Moonshot will provide an important framework to help improve cancer prevention strategies, increase cancer screenings and early detection, reduce cancer disparities, and propel new lifesaving cures for patients with cancer.”

As news of the Moonshot spread on Tuesday, Foti told The Washington Post that the new program’s focus on increased cancer prevention and early detection could significantly reduce death rates, but such efforts must be supported by strong federal funding.

“We need to make sure there’s funding available to develop the new technologies and implement them,” Foti told the Post. In a statement, she added that Congress must work with Biden to finalize the fiscal year 2022 appropriations process with robust funding increases for the National Institutes of Health and the National Cancer Institute. Furthermore, Biden should announce significant investments in cancer research as part of his fiscal year 2023 budget request, Foti said.

The new initiative should also include strong leadership of the agencies that make public health policy, AACR leaders asserted. Ideally, the Moonshot’s relaunch “will serve as a catalyst for the administration to appoint permanent leadership at the NIH, NCI, and FDA,” as well as provide funding boosts to those agencies, said Jon Retzlaff, the AACR’s chief policy officer, in an article in STAT.

The pandemic has demonstrated the power of cooperative action in research, and our upcoming report will discuss how this may influence cancer research and patient care moving forward. This point was underscored by AACR Past President Elizabeth M. Jaffee, MD, FAACR, in the STAT article. Jaffee noted that in order to develop the COVID-19 vaccines, “an organized group of researchers and an organized government [came] together, and in nine months, we had a vaccine. I don’t think in nine months, we’re going to have a cure for cancer. I’m just trying to make the analogy: There’s a lot out there, but you have to mobilize it.”

The Bidens and the AACR

Both President Biden and his wife, Dr. Jill Biden, have established close ties to the AACR, drawing upon the AACR’s expertise as the world’s first and largest cancer organization and lending their voices to our mission.

Biden’s 2016 Moonshot initiative included the creation of a Blue Ribbon Panel to help determine the program’s scientific direction and goals. That 28-member panel included 20 members of the AACR, including two Past Presidents, three Fellows of the AACR Academy, and three members of the Board of Directors. Also that year, Biden invited leaders from the AACR to provide their thoughts and guidance at the special session, “Cancer Moonshot: A Call to Action,” at the World Economic Forum in Davos, Switzerland.

In April 2017, Biden spoke at the AACR Annual Meeting Washington, D.C. In the early months of the Trump administration, Biden vowed that he would continue to fight for robust federal funding for medical research, and he urged researchers and advocates in the audience to continue their dedicated efforts to conquer cancer.

in September 2018, Dr. Jill Biden delivered the keynote address at Progress and Promise Against Cancer, a public event hosted by the AACR and WHYY, Philadelphia’s public radio and television station. The summit was part of a national day of programming supported by the Biden Cancer Initiative, with an anchor event in Washington, D.C., and approximately 450 events throughout the United States. In her remarks, Dr. Biden emphasized the urgency of improving cancer science to save lives. “Together, we will fight for the most precious thing we have: time,” she said.

The AACR and its members are unified in their strong interest in working alongside the Biden administration toward our shared goal of accelerating progress and changing the face of cancer. For a look back at the Moonshot’s history and the Bidens’ involvement with the AACR, here are several posts from Cancer Research Catalyst. 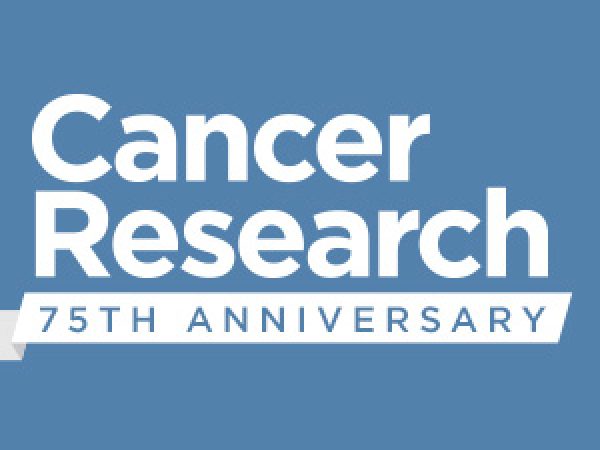