Factors such as a dense tumor microenvironment, a lack of precise symptoms, and hard-to-target genetic mutations make pancreatic cancer especially difficult to treat. Federal statistics estimate that nearly 50,000 people will die of pancreatic cancer in 2022, and patients have a five-year relative survival rate of only 11.5 percent.

Each year, the American Association for Cancer Research (AACR) brings together established and early-career scientists to discuss the newest advances in pancreatic cancer research with the goal of improving care for patients facing this grim prognosis. This year, the AACR Special Conference on Pancreatic Cancer, held in Boston September 13-16, celebrated its 10th anniversary with a return to in-person proceedings after two virtual meetings.

The conference kicked off with a pair of keynote presentations—one from an established leader in pancreatic cancer and one from an early-career “rising star” making significant contributions to the field. Rising star Avery Posey Jr., PhD, an assistant professor of pharmacology at the University of Pennsylvania Perelman School of Medicine, discussed how tumor cells truncate carbohydrate tags on proteins, and how those shortened tags may serve as new therapeutic targets for pancreatic cancer.

Dafna Bar-Sagi, PhD, FAACR, executive vice president and vice dean for science and chief scientific officer of the NYU Grossman School of Medicine, provided the other keynote address, in which she explained how the tumor’s contextual environment stretches from the cellular level to an individual’s social and cultural surroundings. She described ways that the tumor’s interactions with different elements of its environment can potentially be targeted to hinder tumor growth and development.

While many scientists look for therapeutic targets for pancreatic cancer in mutated genes or aberrantly expressed proteins, Posey has taken a different approach.

In his keynote address, Posey explained how glycosylation—the addition of specific carbohydrate (sugar) tags to proteins and lipids—becomes dysregulated in many cancers, including pancreatic cancer. Glycosylation is important for the normal function of many proteins, but in cancer, the sugar tags are often truncated.

Posey showed that when pancreatic cancer cells are forced to express a common form of truncated sugar tag, called Tn, they proliferate and migrate faster in vitro and form larger tumors when injected into mice.

The shortened branches of these tags also change the appearance of the protein’s surface, which can create a tumor-specific target for directed therapies.

“There’s bright expression of these carbohydrates in tumors, and they’re absent in healthy tissue,” Posey said. “These are common antigens that are found in cancers, and considering these in the context of immune targeting is going to be really important.”

Posey and colleagues were particularly interested in using the truncated sugar tags as targets for chimeric antigen receptor (CAR) T-cell therapy, in which a patient’s T cells are engineered to attack tumor cells expressing a certain antigen. While this technology has had success in the treatment of certain blood cancers, targeting solid tumors poses additional challenges. Not only must the putative target be expressed on the cell surface, but it must be exclusively expressed on tumor cells to avoid damage to healthy tissues.

Posey has also been investigating the Tn-tagged form of fibronectin, a cell surface protein that carries signals to and from the tumor microenvironment, as a potential target for CAR T therapy. The work started in prostate cancer, wherein Posey and colleagues found that anti-Tn-fibronectin CAR T cells mounted a reaction against cancer cells but not benign prostate cells. The engineered cells also decreased the size of established tumor xenografts in mice and significantly altered the architecture of the extracellular matrix.

Posey hopes his work will facilitate the clinical development of new targeted therapies for hard-to-treat cancers, including B-cell leukemias, for which CAR T-cell therapies already exist. Targeting proteins with modified sugar tags, Posey argued, may decrease treatment-related toxicity by avoiding the depletion of healthy B cells.

Immune Modulation From Cells to Patients

While treatments such as CAR T-cell therapy rely on direct interactions between immune cells and cancer cells, a tumor’s environment stretches far beyond its immediate vicinity. All tumors have several spheres of influence, ranging from their microenvironment to the organs in which they reside to the environmental context of the patient, Bar-Sagi explained.

“Tumors have properties of an ecosystem, in which the fitness of the neoplastic cells is continuously shaped and optimized by the interactions with its environment,” she said. “This environment operates at different scales, with each scale providing different contextual determinants that can be dynamically modified by cross-scale interactions.”

Bar-Sagi and colleagues observed that secretion of the cytokine IL-1β by pancreatic tumor cells encompasses several cascades that impede the antitumor activity of T cells. Cancer cells upregulate IL-1β gene expression by improving membrane accessibility of the receptor TLR4, an upstream regulator of IL-1β. The cells also use a complex called the inflammasome to transform an IL1-β precursor into active IL-1β, which stimulates tumor-promoting immune cells such as macrophages and myeloid-derived suppressor cells that contribute to T-cell exhaustion.

Understanding these processes, Bar-Sagi said, can reveal therapeutic targets beyond IL-1β itself. For example, researchers can try targeting TLR4, the inflammasome, or mediators of T-cell exhaustion.

This suggests that the differential upregulation of serotonin transporters may be an adaptive response of the cells to site-specific selective pressures in the lung, Bar-Sagi said.

Finally, Bar-Sagi brought the discussion to one of the broadest levels of the tumor’s environment—the level of a human patient. Through a variety of mechanisms, aerobic exercise has been suggested to decrease cancer risk, improve the quality of life of cancer patients, and potentially increase the survival rates of some cancers. Bar-Sagi was particularly interested in how exercise modulates tumor-immune interactions in pancreatic cancer.

She and her colleagues found that exercise-induced epinephrine helps to mobilize cytotoxic T cells—including those that express the IL-15 receptor—into various tissues. Because IL-15 signaling can activate T cells, the researchers hypothesized that IL-15 treatment may partially recapitulate the effects of exercise on tumor growth.

They found that IL-15 treatment decreased the size of pancreatic tumors in mice and boosted tumor infiltration of cytotoxic T cells. Because the T cells also showed increased expression of the immune checkpoint protein PD-1, cotreatment with a PD-1 inhibitor further increased the antitumor effect.

The ways in which signals from different levels of the environment coalesce to affect tumor behavior can be complex. It is important for researchers to find patterns in these signaling networks, Bar-Sagi said, but scientists should embrace the complexity where necessary. Quoting Albert Einstein, she said, “Make everything as simple as possible, but not simpler.”

To register for on-demand access to the 2022 AACR Special Conference on Pancreatic Cancer, click here. Virtual presentations will become available to on-demand registrants 7-10 days after the conference and will remain accessible until November 25, 2022. 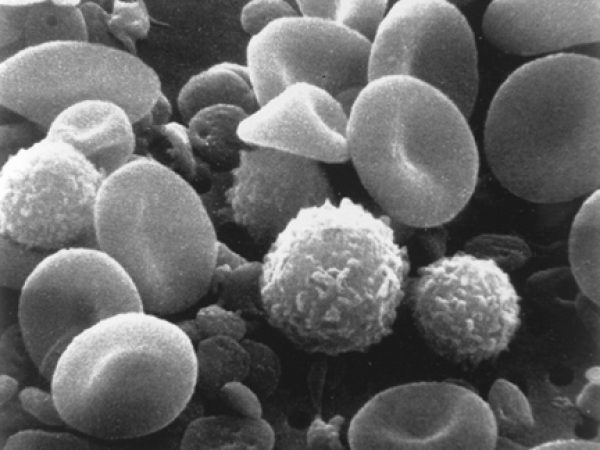