Pancreatic cancer is an outlier among cancers, fiercely resisting almost every scientific advance researchers have made over the past three decades. This cancer is resistant to immunotherapeutic treatments that have revolutionized the treatment of melanoma, lung cancer, and stomach cancer.

Pancreatic cancer is also not amenable to sometimes miraculous “targeted therapies” that have made a tremendous impact in previously untreatable cancers, such as chronic myelogenous leukemia and lung cancer. Patients with certain subtypes of these cancers experience long-lasting remissions thanks to targeted therapies, but no such breakthrough has occurred for pancreatic cancer.

Many physicians and scientists dedicated to research in the field of pancreatic cancer sadly start our reports with a sentence to this effect: “Despite major advances in cancer therapy over the past 30 years, pancreatic cancer remains highly lethal, with survival at five years from diagnosis remaining at about 10 percent.”

To put the low survival rate of pancreatic cancer into perspective, only the most severe form of brain tumor has a worse outcome. The next worst cancer survival statistics, as seen in lung cancer, carry five-year survival statistics from diagnosis of at least 20 percent.

Pancreatic cancer is the seventh most common form of cancer, yet the third leading cause of cancer deaths, with some 50,000 people dying of this disease every year in the United States.

What makes this form of cancer so lethal? Several factors play a role:

For starters, the medical field has yet to identify proven risk factors to watch for. A very small minority of people have a genetic predilection for pancreatic cancer and can be monitored. For everyone else, while some research suggests that smoking, red meat, and fatty foods may increase a person’s pancreatic cancer risk, the cause and effect is weak. The medical field cannot offer preventative advice against pancreatic cancer because we don’t have a good grasp on what causes it, and it’s likely not just one thing.

Secondly, pancreatic cancer is silent. By the time someone experiences symptoms—either jaundice or a piercing pain in the abdomen or lower back—it is too late, and the tumor has often become inoperable. Pancreatic tumors are difficult to remove because of where they are located in the central portion of the abdomen and their tendency to wrap around blood vessels, which, if removed, would result in death.

And even if a tumor is found at an early stage, perhaps no larger than an inch in diameter, and removed, pancreatic tumors usually come back and eventually migrate into the blood stream and metastasize throughout the body.

In terms of treatment for pancreatic cancer, removal of the tumor by way of a Whipple procedure, along with chemotherapy, slightly improves a patient’s chance of surviving five years. The Whipple procedure is a complicated surgery when the cancer is confined to the head of the pancreas. However, the surgery is risky and not an option for many patients.

Moreover, removing the pancreas entirely as a preventive measure is not an option. Without it, people become severely diabetic, causing a slew of other medical problems.

Preventative testing could be a key to keeping the cancer at bay. Mammograms, colonoscopies, and Pap smears have been proven to save lives and have contributed to decreased mortality rates from breast, colon, and cervical cancer. However, so far, there isn’t a unique screening tool developed for pancreatic cancer beyond a CT scan of a person’s pancreas. CT scans are an impractical tool for screening because scanning tens of thousands of patients would likely lead to just a handful of diagnoses. For many, the harm of the radiation exposure from multiple screening scans would outweigh any potential benefit.

The screening tool that makes the most sense for pancreatic cancer is a blood test. Researchers are working on one, but so far, success has been frustratingly elusive.

This is not to say that we cannot find ways to prevent, diagnose, and treat pancreatic cancer. Intensive research over the past 30 years has yielded enormous advances in the treatment of many cancers, including breast cancer, prostate cancer, melanoma, and lung cancer, due to substantial investment and research by the National Institutes of Health and other U.S. government agencies; cancer organizations such as the American Association for Cancer Research and American Cancer Society; and millions of donors across the country who, in many cases, are survivors of those cancers. Such a template could be replicated for pancreatic cancer.

At USC Norris Comprehensive Cancer Center, part of Keck Medicine of USC, many physicians and researchers spend most of our waking hours working to find ways to battle this terrible cancer. We share our findings and draw on the collective wisdom of our colleagues at events such as the AACR Special Conference on Pancreatic Cancer.

What is needed now is for the medical establishment and funders to turn their attention and talents to pancreatic cancer. Public advocacy also helps influence which cancers receive attention and funding. A problem facing pancreatic cancer research is that there are very few survivors to advocate for it. It can be hard for families to carry on the torch alone.

November is Pancreatic Cancer Awareness Month. I hope that by bringing attention to this cancer, I, and others, can influence funders of cancer research to put more resources into fighting this disease and begin to offer hope where currently there is little.

To learn how to get involved with the fight against pancreatic cancer, please visit the Pancreatic Cancer Action Network.

Grossman is cancer physician-in-chief and deputy director for cancer services at USC Norris Comprehensive Cancer Center and professor in the Keck School of Medicine of USC. Grossman is a member of the American Association for Cancer Research. 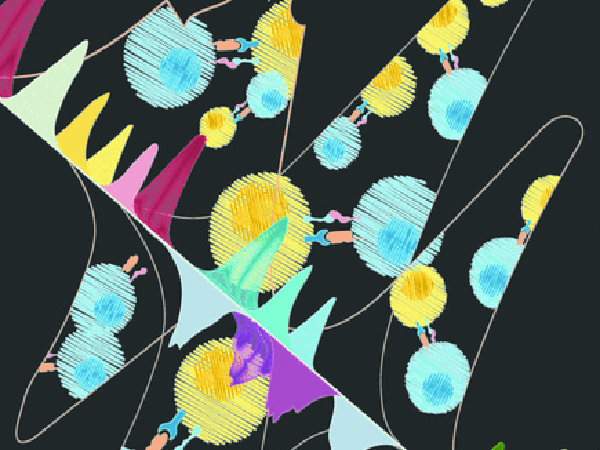