Following dynamic sessions earlier this year on cancer survivorship, biomarkers, and the very early detection of cancer, the series concluded recently with a forum titled “Revolution in Cancer Clinical Trials.” Panelists discussed how clinical trials have changed over the past decade, evolving to become more flexible, pragmatic, and patient-centered.

“Today, we have about 18 million cancer survivors in the United States, heading toward 22 or 23 million in the next decade,” said Anna D. Barker, PhD, FAACR, moderator of the forum, founder of the AACR Scientist↔Survivor Program, and chief strategy officer of the Lawrence J. Ellison Institute for Transformative Medicine at the University Southern California. “More people are living through and beyond cancer thanks in large part to clinical trials, which have given countless cancer patients access to lifesaving treatments.”

“Not your mother’s clinical trials”

As scientific research has driven progress in cancer diagnosis and treatment, it has also led to significant changes in the way clinical trials are conducted. “The trials you are going to hear about today are not your mother’s clinical trials,” Barker said. “Twenty-five years ago, every trial was designed to answer one specific question. Then you started over again.”

Barker explained that in a single-arm clinical trial, a drug’s failure to meet its endpoints and progress to the next phase caused steep financial costs for the drugmakers without leading to patient benefit. In recent years, these high stakes have been somewhat mitigated by trial design that encompasses multiple endpoints and often, multiple sponsors and participating cancer centers.

One key example is the I-SPY 2 trial, launched in 2010 as an “adaptive” clinical trial to test neoadjuvant treatments for high-risk breast cancer patients. I-SPY was markedly different from most other clinical trials taking place at that time, in that it used pathologic complete response as an endpoint, rather than longer-term survival measures, and it tested several drugs simultaneously. The trial is a collaboration between the National Cancer Institute (NCI) and cancer centers across the country, allowing for a large scope and a diverse patient population.

As genomic testing identified biomarkers in patients’ tumors, the patients could be reassigned to different arms of the trial so that they could receive more effective treatments, explained Douglas Yee, MD, director of the Masonic Cancer Center at the University of Minnesota. Then, as new patients enrolled, they could be assigned to take therapeutics that were demonstrating the greatest efficacy for their specific breast cancer subtype.

To date, I-SPY has tested 20 different treatments, with eight “graduating” to further study and several ultimately receiving approval from the U.S. Food and Drug Administration (FDA). For example, in 2017, the FDA approved neratinib (Nerlynx) for patients with HER2-positive breast cancer after I-SPY 2 data showed that adding neratinib to standard therapy was more likely to results in a pathologic complete response than trastuzumab plus standard therapy.

The I-SPY trial continues to grow, with I-SPY 2.2 soon to begin. Current trials under the I-SPY umbrella investigate drug combinations, duration of treatment, and quality of life issues, adding valuable information to guide physicians in making the best decisions for their patients, Yee said. He extended thanks to the patients who have enrolled in the trial, noting, “The patients who are willing to collaborate with us are the reason I-SPY has been successful as it has.”

The LUNG-MAP trial for treatments for non-small cell lung cancer has also grown and changed to reflect emerging discoveries, said Roy Herbst, MD, PhD, chair of the AACR Scientific Policy and Government Affairs Committee and chief of medical oncology at Yale Cancer Center. Launched in 2014, LUNG-MAP is the first precision medicine trial supported by the NCI, and the first major NCI trial with an “umbrella” design that allows for testing multiple drugs simultaneously.

As originally designed, patients enrolled in LUNG-MAP had their tumors tested, and then were assigned to receive the molecularly targeted therapeutic that was most likely to shrink their tumor. But within a year of the trial’s launch, immunotherapy emerged as a preferred second-line therapy for lung cancer, Herbst explained.

“We had to shift the trial to reflect that change,” Herbst said, noting that trial arms were added to study immunotherapies either alone or in combination with other drugs.

LUNG-MAP has 700 trial sites, enabling patients from a diverse geographic and demographic range to receive cutting-edge cancer treatments. Herbst said the study has been shown to increase representation of Black patients and patients with Medicare, an important step toward narrowing disparities in cancer outcomes. “It’s so important to have a more diverse patient population in clinical trials,” he said.

“Anything you do that perturbs biology can be for good, or for harm,” Weiner explained. “With chemotherapy, the side effects were brutal, but obvious—we knew what to look for. Immunotherapy requires us to look for more subtle side effects. We have to think like internists and take care of patients the right way.”

Jane Perlmutter, PhD, MBA, a patient advocate who has survived several cancers and has advised researchers on the design of clinical trials, said such concern for side effects is an example of “patient-centric” trial design. Ideally, patients’ feedback would be solicited at all stages of clinical trials, she said.

“You should involve advocates early and often—from the study concept through the trial process on to FDA review and approval,” Perlmutter said.

The vital role of patients in the clinical trial process was underscored by Margaret Foti, PhD, MD (hc), chief executive officer of the AACR. “Thank you for your time, your unwavering commitment to science, and the value you bring to research. We are deeply inspired by your unrelenting spirit,” Foti said.

The clinical trials talk was the last of four patient advocate forums held in 2022, following programs on the science of cancer survivorship, the transformative power of biomarkers, and the very early detection of cancer signals. To learn about forum topics for 2023, please see our website. 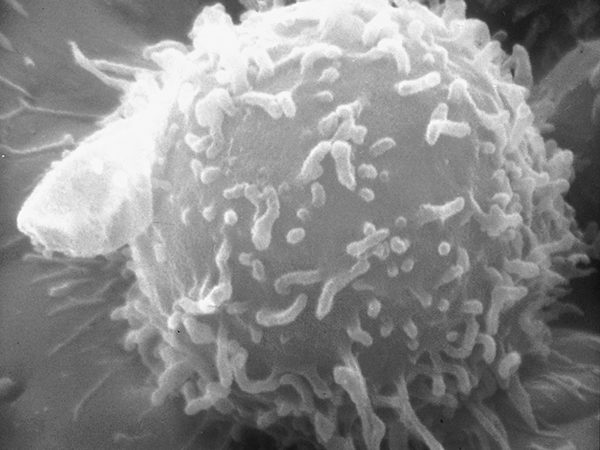