Home » Patients, Caregivers, and Advocates » Innovators » Improving Cancer Outcomes for Patients of All Races and Ethnicities

Dr. Olufunmilayo Olopade: Improving Cancer Outcomes for Patients of All Races and Ethnicities

Dr. Olufunmilayo I. Olopade, a physician-scientist at the University of Chicago, is working to reveal the potential of genomics to eliminate disparities in cancer outcomes.

Great strides have been made in prevention and treatment of cancer. Today Americans are more likely to survive a cancer diagnosis and enjoy a higher quality of life than at any other time in history.

However, some groups – in particular, racial and ethnic minorities – experience notably higher incidence of some types of cancer than the general population and/or suffer significantly poorer outcomes.

Moreover, about 70 percent of global cancer deaths occur in low- and middle-income countries.

Olufunmilayo I. Olopade, MD, is a fellow of the AACR Academy and the Walter L. Palmer distinguished service professor of medicine and human genetics, associate dean for global health, and director of the Center for Clinical Cancer Genetics at the University of Chicago Pritzker School of Medicine. She is using cancer genomics to improve cancer outcomes for all patients, no matter what their race or ethnicity or where they are in the world.

“I truly believe that once you understand the genetic basis of cancer in a population, then you can look at pathways to disrupt, and get better drugs and better prevention,” Dr. Olopade told The Scientist in 2013. “If people were not so afraid of genetic discrimination, we could direct more genomics toward public health.”

Cancer health disparities are differences in the incidence, prevalence, mortality, and burden of these diseases that exist among different groups of individuals. Many complex and interrelated factors contribute to disparities in cancer incidence and death.

As an international leader in clinical cancer genetics, Dr. Olopade’s research focuses on understanding genetic reasons for cancer health disparities and applying this knowledge to improving cancer prevention and treatment for those at high risk for the disease. Much of her work has centered on breast cancer, a disease that African-American women are more likely to die of compared with U.S. women of any other race or ethnicity. But her vision is to use the same approaches to improve outcomes for all cancers.

Dr. Olopade launched one of the first genetic-testing clinics in the country, in 1992, and she told The Scientist that her main project now “continues to be to understand how to use genomics to improve global health and global cancer research.”

“I’m building a big database of cancer patients I can use to inform the treatment of any patient, no matter where they are in the world,” Dr. Olopade continued. “I think we can democratize how we prevent and treat cancer, so people on the periphery can take advantage of the research going on in the center. With health information tools, we can actually do that.”

Understanding the Genetics of Breast Cancer in Different Populations

Even though African-American women are less likely than white women to develop breast cancer, they are more likely to die of the disease. One factor, though, to contribute to this disparity is that African-American women are more likely to develop triple-negative breast cancer, which is not amenable to treatment with antihormone therapies and is more aggressive, with poorer short-term outcomes compared with other breast cancer subtypes.

To understand why breast cancer outcomes are worse among African-American women, Dr. Olopade turned to genetics, reasoning that insight might come from looking for genetic abnormalities in breast tumors from patients in Africa. In a series of studies, she found that triple-negative breast cancer was much more common in west Africa than in the United States, and that there was a high chance that indigenous black women in west Africa who had breast cancer carried an alteration, or mutation, in one of two known breast cancer susceptibility genes, BRCA1 and BRCA2.

Moreover, many of the BRCA mutations identified by Dr. Olopade and her colleagues among indigenous black women in west Africa were new and would not be picked up in standard BRCA gene testing. As a follow-up to this study, Dr. Olopade’s team looked at breast tumors from African-American women and found some of these novel BRCA mutations.

This and other work conducted by Dr. Olopade and her colleagues has shown clearly that genetic risk factors for breast cancer are different for African-American and non-Hispanic white women. These results have important implications for genetic screening for breast cancer.

For her commitment to developing innovative approaches to reducing breast cancer disparities for the millions of women of African heritage in the United States and abroad, Dr. Olapade  was recognized as a 2005 MacArthur Fellow – the grants that are commonly known as MacArthur “Genius” Awards.

“The MacArthur Award allowed me to really be a physician-scientist,” Dr. Olopade told The Scientist. “I was at the point where I felt I was going to have to choose one or the other. With the additional funding and recognition from the award, I have been able to continue my work in both the clinic and the laboratory.” 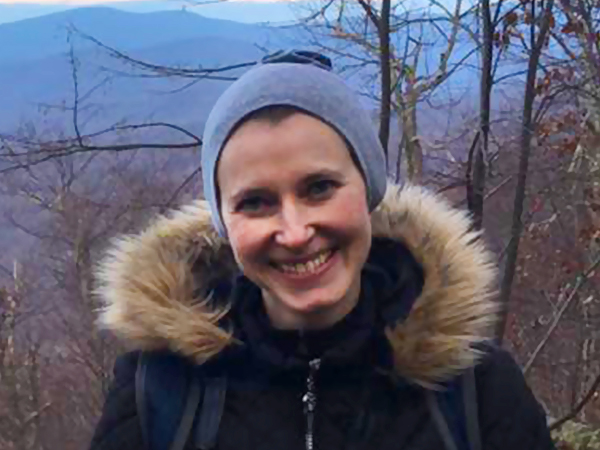