“I was lucky; it was later determined that my disease was extensive and accompanied by kidney problems, and my doctors told me that if I had run that marathon, my outcome might not have been as good as it has been,” said Rep. Carr.

He started treatment the very day his doctors found out that 85 percent of the cells in his bone marrow biopsy were cancerous plasma cells, which meant that he had stage 3 multiple myeloma.

Multiple myeloma begins in immune cells called plasma cells. The abnormal plasma cells accumulate in the bone marrow, forming tumors in many bones of the body. This can prevent bone marrow from making enough healthy blood cells. More than 24,000 people living in the United States were diagnosed with this form of cancer in 2014, the National Cancer Institute’s Surveillance, Epidemiology, and End Results (SEER) Program estimates.

Rep. Carr’s first treatment was a 23-week course of the drug bortezomib (Velcade), which had been approved by the U.S. Food and Drug Administration for treating patients like him just a few weeks before his diagnosis.

The only side effect he experienced from the bortezomib was neuropathy – a nerve problem that causes pain, numbness, tingling, swelling, or muscle weakness – in his feet.

According to Rep. Carr, the effects of the high doses of steroids that he had to take for two days each time he received a shot of bortezomib were much harder to endure.

“They gave me huge ups and downs – I would feel great the days I took them and then absolutely awful after that. I was very glad to be done after 23 weeks,” he recalled.

Rep. Carr explained that his doctors told him that his cancer’s response to the bortezomib and steroids was very good – fewer than 3 percent of the cells in his bone marrow biopsy were cancerous – and that it saved his kidneys.

To get rid of the remaining cancer cells, Rep. Carr underwent a stem cell transplant, a process that took almost a year.

It’s been more than six years since the congressman’s stem cell transplant and his cancer remains undetectable in the blood tests he has every 30 to 45 days.

“I am really lucky,” said Rep. Carr. “I’m a physically fit 71-year-old, living with multiple-myeloma. I run, cycle, spin, and practice yoga, and it is all down to my medical team, which was led by Kenneth Anderson, MD, at the Dana-Farber Cancer Institute in Boston, and Bruce Kressel, MD, at the Johns Hopkins Sidney Kimmel Cancer Center at Sibley Memorial Hospital in Washington, D.C. They and their colleagues continue to save my life.”

Director of the Jerome Lipper Multiple Myeloma Center and LeBow Institute for Myeloma Therapeutics at Dana-Farber, Dr. Anderson was elected as a fellow of the AACR Academy in 2015 in recognition of his exceptional contributions to cancer research. Dr. Anderson also serves as the editor-in-chief of Clinical Cancer Research, a journal of the AACR. 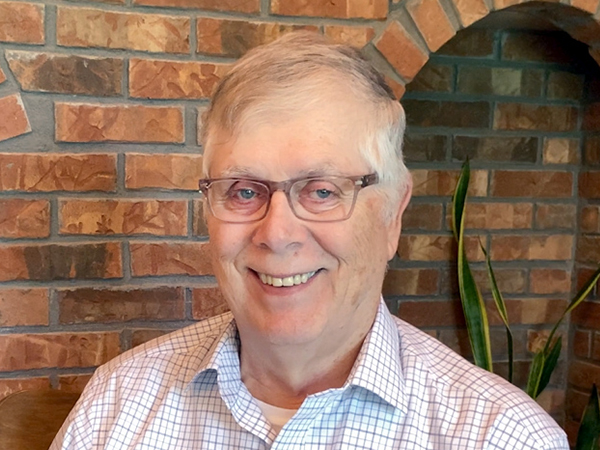 Reclaiming the Joys of Retirement, Thanks to CAR T-Cell Therapy

Schooling Herself – and Others – on Myeloma