As October comes to a close, it’s time for our latest edition of Editors’ Picks. This monthly staple is a collection of 10 “must read” articles that have been hand-selected by the editors from the portfolio of journals published by the AACR. This month, featured articles include results from three clinical trials and a look at cancer disparities among American Indians and Alaska Natives, among others. As always, articles highlighted here are freely available for a limited time.

Altered Nuclear Export Signal Recognition as a Driver of Oncogenesis

The nuclear export protein exportin-1 (XPO1), which is overexpressed and/or mutated in numerous cancer types, has been a focus of anticancer drug development, yet the functional contributions of such mutations to tumorigenesis remain unknown. In this study, the authors evaluated whole-exome and genome sequencing data from 42,793 patients spanning 322 cancer types and identified recurrent and previously unrecognized mutational hotspots in the XPO1 gene. The researchers found that mutant XPO1 altered the nucleocytoplasmic compartmentalization of hundreds of proteins, and that XPO1-mutant cells were sensitive to inhibitors of nuclear export. The authors conclude that the identified oncogenic mutations in XPO1 are novel drivers of tumorigenesis. This article was featured on the cover and was highlighted in this issue.

Smoking is a major risk factor for the development of lung cancer, and effective strategies to reduce lung cancer incidence (beyond smoking cessation) are currently lacking. This study provided results from a single-center, double-blind phase II chemoprevention trial evaluating oral pioglitazone in high-risk current or former smokers with sputum cytologic atypia or known endobronchial dysplasia. Following six months of treatment, pioglitazone did not significantly improve endobronchial histology compared with placebo overall; however, treatment with pioglitazone resulted in histologic improvement in some of these lesions. The authors conclude that future studies to better characterize responsive dysplasia in this setting are warranted. This article was featured on the cover of this issue.

Anti-tumor Activity and Tolerability of hu14.18-IL2 with GMCSF and Isotretinoin in Recurrent or Refractory Neuroblastoma: A Children’s Oncology Group phase II study

An anti-GD2 monoclonal antibody in combination with GM-CSF, IL2, and isotretinoin has previously shown efficacy for the treatment of high-risk neuroblastoma minimal residual disease. In this study, the authors investigated the safety, tolerability, and clinical activity of an anti-GD2 antibody conjugated to IL2 (hu14.18-IL2). The study enrolled 52 patients with recurrent or refractory neuroblastoma. Four of the 51 patients evaluable for toxicity had unacceptable toxicities. Other grade 3 and 4 nonhematologic toxicities were reversible. No responses were observed in the 14 patients evaluated by standard radiologic criteria, but three complete and two partial responses were observed among the 31 patients evaluated by I123-MIBG scan and/or bone marrow histology. The authors conclude that hu14.18-IL2 in combination with GM-CSF and isotretinoin is safe, tolerable, and shows clinical activity. This article was highlighted in this issue.

Gliomas with mutant IDH1 can exhibit a CpG Island Methylator Phenotype (G-CIMP), and G-CIMP-low tumors have been correlated with worse survival. Secondary glioblastomas have been shown to harbor copy-number alterations in the IDH1 gene, which can coincide with the manifestation of a G-CIMP-low-like DNA methylation phenotype; whether these phenomena are linked remains under study. Using patient-derived IDH1R132H/WT glioma cell lines and a CRISPR-Cas9-mediated gene knockout, the authors modeled the genetic loss of IDH1R132H and evaluated its effects on DNA methylation. While this alteration did not reverse the G-CIMP phenotype, the authors did observe reductions in DNA methylation at a number of G-CIMP-defining CpG sites, suggesting that the loss of this neomorphic IDH1 mutation may be causally related to a G-CIMP-low state. This article was featured on the cover and was highlighted in this issue.

Disparities in Cancer Incidence and Trends Among American Indians and Alaska Natives in the United States, 2010-2015

Solid tumors contain tumor-associated myeloid cells, which serve as regulators of the tumor microenvironment (TME). There is increasing evidence to suggest that cellular metabolism impacts several facets of the immune response; however, it remains unclear how metabolism affects the generation of suppressive myeloid cells in the TME, which impedes the effectiveness of immune checkpoint inhibitors. In this study, the authors showed that several human cancers are enriched for hematopoietic stem cells, which can differentiate into immature myeloid cells (IMCs). The authors demonstrated that the generation of suppressive IMCs was accompanied by increased glycolysis and was dependent on glutamine metabolism regardless of glucose availability. Furthermore, inhibition of the glutaminase GLS1 led to increased efficacy of anti-PDL1 therapy and suppressed tumor growth in mice. Together, these results suggest that glutamine metabolism regulates the generation of suppressive IMCs in the TME. This article was featured on the cover of this issue.

Overexpression of the serine/threonine kinase GLK/MAP4K3 in lung cancer correlates with poor prognosis and cancer recurrence, but the role of GLK/MAP4K3 in recurrence has yet to be elucidated. In this study, the authors used whole-body GLK/MAP4K3 transgenic mouse models to demonstrate that GLK/MAP4K3 promotes cell migration and distant metastasis. They showed that GLK/MAP4K3 interacts with and phosphorylates the scaffold protein, IQ motif-containing GTPase-activating protein 1 (IQGAP1), and that GLK/MAP4K3 and IQGAP1 co-localize at the leading edges of migrating cells. Depletion of IQGAP1 or mutation of its phosphorylation site abolished GLK-induced cell migration and metastasis. The authors also examined human tissue from non-small cell lung cancer patients and found that increased phospho-IQGAP1 correlated with poorer survival. The authors propose that GLK-dependent phosphorylation of IQGAP1 promotes lung cancer metastasis. This article was featured on the cover of this issue.

The phosphorylation of ErbB3 (pErbB3) and subsequent downstream signaling can contribute to the development of resistance to anti-EGFR therapies, such as cetuximab, in patients with head and neck squamous cell carcinoma (HNSCC). This study reports on a “window-of-opportunity” clinical trial that evaluated the pharmacodynamic effects of the anti-ErbB3 drug CDX-3379, which was administered in 12 patients with newly diagnosed HNSCC prior to tumor resection. Following treatment with CDX-3379, the researchers found that tumoral pErbB3 decreased by at least 50 percent in seven of the patients, and that five patients had shrinkage in their tumor. A phase II clinical trial evaluating CDX-3379 in combination with cetuximab in patients with advanced HNSCC whose disease has progressed following prior cetuximab treatment is underway. This article was highlighted in this issue.

The use of estrogen therapy has been investigated as a potential treatment option for patients with hormone receptor-positive breast cancer that is resistant to aromatase inhibitors. Glucocorticoid activity can suppress estrogen-induced apoptosis in long-term estrogen-deprived (LTED) breast cancer cells, yet the antiapoptotic mechanisms of these agents have yet to be elucidated. In this study, the authors found that both estrogen and the synthetic glucocorticoid dexamethasone upregulated the expression of the adipose inflammatory factors FADS1 and IL6 in LTED cells, with combinatorial treatment enhancing these effects. However, dexamethasone suppressed the expression of TNFα induced by estrogen and repressed NF-κB DNA binding activity, resulting in a blockade of estrogen-induced apoptosis. The authors conclude that these results provide important rationale for the restriction of glucocorticoids in patients with aromatase inhibitor-resistant breast cancer. This article was highlighted in this issue.

The Goldilocks Window of Personalized Chemotherapy: Getting the Immune Response Just Right

Most tumors are in a state of immune tolerance. Chemotherapy has the potential to break immune tolerance due to its ability to deplete existing immune cells, which can be replenished by immune cells that recognize cancer cells. The authors of this study utilized mathematical models to demonstrate that chemotherapy scheduling and dosing must balance tumor reduction with preservation of immune function in order to achieve the greatest antitumor effect. According to their model, a chemotherapy dose that is too high will leave behind too few immune cells to take advantage of the broken immune tolerance, while a dose that is too low will be ineffective at breaking immune tolerance. The authors refer to the optimal chemotherapy dose as the “Goldilocks Window” and use mathematical modeling to show that patient-specific factors, including tumor growth rate and immune strength, will impact the window. The authors propose that optimizing chemotherapy dosing will lead to synergistic effects that maximize tumor reduction. This article was featured on the cover of this issue. 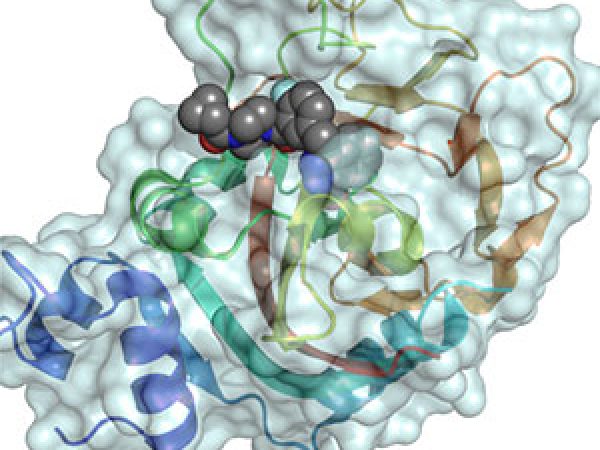