The average person may not relish the idea of sitting through a six-hour documentary about cancer. However, thanks to recent advances in combination chemotherapy treatments, genomics, and immunotherapy drugs, CANCER: THE EMPEROR OF ALL MALADIES, which aired on PBS in two-hour segments from March 30 through April 1, managed to leave viewers both humbled by the complexity of the disease as well as hopeful about the future. The documentary spanned the history of cancer research, including advances such as the development of imatinib (Gleevec) for treatment of chronic myelogenous leukemia. AACR Fellow Dr. Brian Druker, shown here in his lab, was instrumental in the development of this drug. Photo courtesy of Oregon Health & Science University.

Advocates, dedicated to providing support for patients, have long anticipated viewing the film, which was based on the 2010 Pulitzer-prize winning book The Emperor of All Maladies: A Biography of Cancer by Siddhartha Mukherjee, MD, PhD. Weaving the stories of scientists and advocates with present-day doctors and patients, the documentary illustrates the progress and setbacks in finding effective treatments for cancer.

“[Cancer] has existed throughout time and different generations of people have tried to cure it or deal with it in some way and have failed,” said Catherine Ormerod, the vice president of programs and partnerships at Living Beyond Breast Cancer, an advocacy organization in Bala Cynwyd, Pennsylvania. “It is a very human story, but it is also a mystery. The film did a good job of plucking out the major story lines [from the book]—by focusing on scientists and the mystery itself as well as the human stories.”

Despite the difficult subject matter, Tim Turnham, the executive director of the Melanoma Research Foundation, a Washington, D.C.-based nonprofit, found the overall message of the documentary hopeful. “The film really ended by saying … that we are going to see more rapid progress in the next two decades than we’ve seen in the last five decades because of the foundation that has been laid. That, to me, is a hopeful message for the cancer community—even though it may not be as hopeful for a single cancer patient who doesn’t have two decades to wait,” says Turnham, referring to new immunotherapy drugs such as ipilimumab (Yervoy), which has allowed some patients with metastatic melanoma to see their tumors shrink and sometimes disappear. “Right now, at least in the melanoma space, we’ve seen this incredible unfolding of new developments and new treatments, but for the 15 years before that, that just wasn’t the case,” said Turnham, who anticipates more progress to come. For those who have been through a cancer diagnosis and treatment, the honesty of conversations in the documentary between oncologists and patients facing difficult decisions was striking. In this still from the film, Dr. Suzanne Cole speaks with a patient. Photo courtesy of Ark Media.

For those who have been through a cancer diagnosis and treatment, the honesty of behind-closed-door conversations between oncologists and patients facing difficult decisions was striking. “I think survivors we’ve spoken to most felt a real sense of community and kinship with those who were very brave and told their stories [on the film],” said Meghan Gutierrez, the chief executive officer of the Lymphoma Research Foundation in New York City. The rawness of the patient-physician interactions left a strong impression on Gutierrez, especially since the film included some patients who lived after treatment and others who did not.

The documentary also provided another springboard for a broader discussion on topics such as survivorship support, palliative care, and clinical trial enrollment. “It provides a wonderful centerpiece for a national discussion and other cancer organizations to talk about what’s important going forward,” says Ormerod, who plans to create future programming around the film.

This post was adapted from a story on Cancer Today. For more advocates’ reactions, read the full story.

Cancer Today, which is published by the American Association for Cancer Research (AACR), provided ongoing coverage of the film, including stories about the making of the film; director Barak Goodman’s impressions and hopes for the documentary; Ken Burns’ personal connection with cancer and his thoughts on losing his mother to breast cancer when he was 11 years old; and a profile of surgical oncologist Lori Wilson, who is featured in the film after she receives a breast cancer diagnosis.

The AACR was a production supporter of the film, participating in several promotional events. 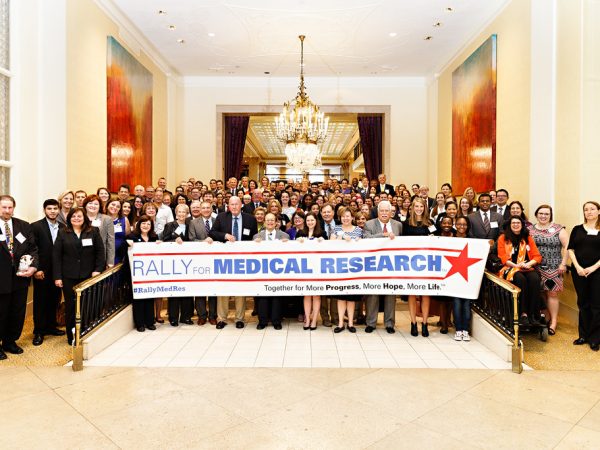