Editor’s note: AACR members may join the AACR Radiation Science and Medicine Working Group by contacting [email protected]. In addition to the RSM Working Group, the AACR currently has six other scientific working groups focused on the fields of behavioral science, cancer immunology, chemistry, molecular epidemiology, pediatric cancer, and the tumor microenvironment. Visit the AACR’s website for more information on the programs and initiatives of these scientific working groups.

Over 50 percent of all cancer patients will receive radiation therapy during the course of their treatments. This fact highlights the enormous need to understand how cancer cells respond to radiation and how this biological knowledge may be translated into improved treatments and prolonged patient survival. To support this vital area, the American Association for Cancer Research (AACR) has formed a new scientific working group, the AACR Radiation Science and Medicine (RSM) Working Group. This group is charged with fostering cross-disciplinary interactions worldwide between radiation oncologists, radiation biologists, medical physicists, and cancer researchers in other fields through AACR programs and initiatives designed to support the involvement of radiation science and medicine efforts in all applicable pursuits to understand and treat cancer malignancies. Membership in this group is open to all AACR members interested in radiation-related cancer research and medicine. Theodore Lawrence, MD, PhD, director of the University of Michigan Comprehensive Cancer Center and chairman of the Department of Radiation Oncology at the University of Michigan, has been overseeing the AACR’s radiation oncology efforts since his appointment as chairperson of the AACR Radiation Oncology Task Force in 2013. In this position, Lawrence has led various radiation oncology-related initiatives, most notably the AACR’s first-ever think tank on radiation oncology, held January 11-13, 2015. This event brought together radiation experts and cancer specialists from a variety of other fields to define the challenges and opportunities that exist in radiation science and medicine across all specialties. The result was a strategic plan outlining how the AACR can best enhance the organization’s existing support of the field and promote further integration of this specialty across all AACR programs.

One of the recommendations outlined within this plan was to transform the Radiation Oncology Task Force into the new RSM Working Group and build a community within the AACR devoted to this field. We asked Lawrence, who has overseen this change and similarly transitioned from chair of the task force to chair of the working group, about the unique roles that the RSM Working Group will play in advancing radiation-related cancer research and therapies.

Why is it particularly helpful for the AACR membership to have a scientific working group dedicated to radiation science and medicine?

This working group will be a great entity for radiation science and medicine. There are already quite a few AACR members who are very involved in these areas and will benefit greatly by being able to come together to discuss important issues in our field within the setting of the AACR, which surrounds us with translational science. Ten years ago, my perception of the AACR was that it was focused almost solely on basic science; but over the years I’ve seen a greater influence from the AACR in developing biomarkers and new treatments. This matches perfectly with the RSM Working Group, since this new work is at the root of the research conducted by myself and my colleagues in the field.

How do you envision the Radiation Science and Medicine Working Group inspiring and educating the next generation of radiation oncology experts?

The field of radiation oncology, biology, and therapy is not huge, but over 50 percent of all cancer patients receive radiation therapy, so we have a big influence. These fields are uniquely positioned at the intersection of cutting-edge cancer biology, physics, mathematics, and physical sciences. This crosstalk allows us to attract the absolute crème de la crème of graduating medical students who are looking for and will benefit from a home like the RSM Working Group, where cutting-edge science meets the clinic. By leveraging the AACR’s unique ability to bridge biological discoveries to positive clinical outcomes and by participating in future education and training programs developed by the RSM Working Group, these young physicians and scientists will be poised to lead the field and improve the lives of cancer patients.

There is a lot of potential for very healthy interactions between the AACR and the RSM Working Group concerning areas such as immunology, targeted therapies, imaging, tumor microenvironment, tumor biology, and DNA damage and repair. Novel immunotherapy agents are perhaps the most exciting for ongoing research projects. Our field has not traditionally been strong in immunology, but we recognize that there’s tremendous potential for the use of radiation therapy in making immune checkpoint inhibitors work better and potentially, vice versa.

There is a lot of potential for very healthy interactions between the AACR and the RSM Working Group concerning areas such as immunology, targeted therapies, imaging, tumor microenvironment, tumor biology, and DNA damage and repair.

Molecularly targeted therapies represent an area where the AACR can have an impact as many AACR members are actively working on characterizing the molecular pathways affected by these therapies. Such research efforts will benefit greatly from additional studies focused on determining how best to combine radiation with these new drugs to increase their efficacy and decrease associated toxicities. These studies would also build upon what is currently known about radiation-stimulated DNA damage and repair pathways, an area where we know the biology but need help translating this knowledge into improved treatments.

Another area that will benefit from the formation of the RSM Working Group will be the area of epigenetics. This is a nascent area in the radiation sciences, but one that I hope the RSM Working Group will be able to stimulate. I am also confident that the group will bolster the AACR’s existing support of molecular and functional imaging, especially the development of new imaging modalities to be used during radiation therapy that will allow us to more precisely target tumors and avoid damage to normal adjacent tissues.

In addition to these areas of potential interaction between the RSM Working Group and the AACR’s overall membership body, I foresee hypoxia and angiogenesis-based research as being two other key areas that will benefit the most from the group’s future activities.

What role can the RSM Working Group play in educating the public as to the benefits of radiation as a cancer therapy?

I hope that the RSM Working Group will be able to help the AACR in generating public interest in the benefits of radiation as a cancer therapy. One way to accomplish this will be through the AACR Cancer Progress Report, which is published annually. As a member of the 2015 AACR Cancer Progress Report Steering Committee, I’m currently working on preparing a report outlining how radiation research has progressed and how it is leading to more effective and less toxic cancer therapies. This report will describe how cancer therapy as a whole is improving, and how radiation therapy is improving along with it.

I hope that the RSM Working Group will be able to help the AACR in generating public interest in the benefits of radiation as a cancer therapy.

How do you foresee the RSM Working Group impacting the lives of cancer patients?

I see one focus of the RSM Working Group as being the development of new biologically-based cancer therapies. I’m a big believer that by understanding the underlying biology of cancer, we will be able to improve treatment accuracy and precision, especially when coupled with new technologies. We need to understand how to use radiation more effectively and continue to develop new imaging techniques that show us where we should best be applying radiation therapy based on the molecular and genetic makeup of a tumor. By defining and utilizing such biomarkers, we will be able to individualize cancer patient therapies, and I see the AACR as a home for all of those approaches.

In your opinion, how will cancer-based radiation therapies evolve over the next decade?

As I touched on earlier, I see enormous potential in the area of new targeted therapies including EGFR inhibitors, bromodomain inhibitors, epigenetic and immune checkpoint inhibitors, and DNA damage response modifiers, to name a few, that are either in early phase clinical trials or are about to enter clinical trials. Along with new imaging technologies, these therapies are going to be the next breakthrough therapies for cancer patients who are treated with radiation. Moving forward, it’s going to be the biology and individualization of treatment that will be huge themes for cancer in general, but particularly for radiation therapy.

Because of the AACR, the way that we practice radiation therapy and radiation oncology 10 years from now will be completely different.

The concept of using state-of-the-art imaging and biomarkers to modify a patient’s treatment over time is a practice that is currently being developed with our AACR collaborators. By measuring how a patient responds to therapy, we will be able to make changes throughout their treatment regimens that will further individualize their therapy and hopefully result in better clinical responses. Because of the AACR, the way that we practice radiation therapy and radiation oncology 10 years from now will be completely different.

One priority of the AACR Radiation Oncology Task Force was for the AACR to work collaboratively with other organizations in the radiation field. How will the RSM Working Group address this goal?

The RSM Working Group will work to build relationships between the AACR and other key organizations in the field including the American Society for Radiation Oncology, American Association of Physicists in Medicine, European Society for Radiotherapy and Oncology, and the Radiation Research Society, among others. I hope that the RSM Working Group will serve as a bridge to support the formation of productive and synergistic relationships that will utilize the unique strengths of such organizations to maximize treatment and improve the lives of cancer patients worldwide. Dr. Lawrence. Photo courtesy of the University of Michigan.

Theodore Lawrence, MD, PhD, has been an AACR member for 26 years. In addition to his role as chairperson of the RSM Working Group, he is a senior editor of Cancer Research, a scientific editor of Cancer Discovery, and serves on the 2015 AACR Cancer Progress Report Steering Committee. 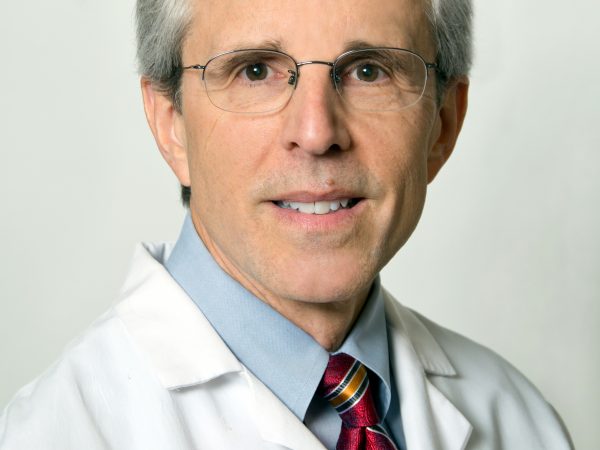