Just last month, I proudly unveiled the AACR Cancer Progress Report 2014. Remarkably, since we finished writing the report on Aug. 1, 2014, the U.S. Food and Drug Administration (FDA) has already made four decisions that provide patients with new options for cancer prevention and treatment. Additional FDA decisions are expected before the end of the year.

The AACR Cancer Progress Report provides an annual reflection on the progress that is being made against cancer. It always garners significant national and international media attention, raising public and congressional awareness of the importance of lifesaving research. The recent FDA decisions are a testament to the fact that research is a continuous endeavor, and we need to make educational and advocacy efforts continuous too if we are to accelerate the pace of progress against cancer. The first of the FDA decisions made since the writing of the AACR Cancer Progress Report 2014 was completed was the approval of a noninvasive colorectal cancer screening test called Cologuard. The test detects the presence of red blood cells and DNA mutations in stool that can indicate the presence of colorectal cancer and its precursors. Just days later, the FDA approved bevacizumab (Avastin), in combination with chemotherapy, for the treatment of persistent, recurrent, or metastatic cervical cancer, a disease that kills about 4,000 U.S. women each year.

At the start of September, as discussed in a recent post on this blog, “Groundbreaking Cancer Immunotherapeutic Approved by FDA,” the FDA approved pembrolizumab (Keytruda) for the treatment of metastatic melanoma, the most deadly form of skin cancer. This is particularly exciting because pembrolizumab, the first of a new class of cancer immunotherapies called PD-1 inhibitors to receive approval from the FDA, is yielding dramatic and durable responses for patients with metastatic melanoma, such as Richard Murphy. Murphy, a father of three, shared how pembrolizumab changed his life in the AACR Cancer Progress Report 2014.

Earlier this month, the FDA increased the number of patients with a form of non-Hodgkin lymphoma called mantle cell lymphoma who can benefit from bortezomib (Velcade), when it approved the drug for the treatment of patients who had received no prior therapy. Bortezomib was previously approved only for patients with mantle cell lymphoma who did not respond or had stopped responding to other treatments. This approval not only provides new treatment options for patients, but also increases the return on prior investments in biomedical research.

The four FDA decisions made since the start of August highlight that we are constantly making progress against cancer, and this is an important message to convey to the public and our policymakers. However, the reality is that we need to do more because cancer represents a growing health care challenge: 585,720 U.S. residents are projected to die from some form of cancer in 2014, and this number is predicted to dramatically increase in the coming decades without new preventive interventions and treatments.

Unfortunately, our ability to make these critical advances is in jeopardy because of reductions in federal investments in biomedical research, in particular, investments in the National Institutes of Health (NIH) and National Cancer Institute (NCI). In fact, since 2010, funding for the NIH when taking inflation into account has been reduced by $3.5 billion, and sequestration resulted in a direct budget cut of $1.6 billion last year.

In the AACR Cancer Progress Report 2014, we call upon Congress and the administration to put the NIH and NCI budgets back on a path of predictable growth in funding by providing annual budget increases at least comparable to the biomedical inflation rate.

It is imperative that we continue to make this message heard because cancer survivors like Murphy, as well as those who are projected to receive a cancer diagnosis in the future, are depending on us to keep making progress against the devastating collection of diseases we call cancer. 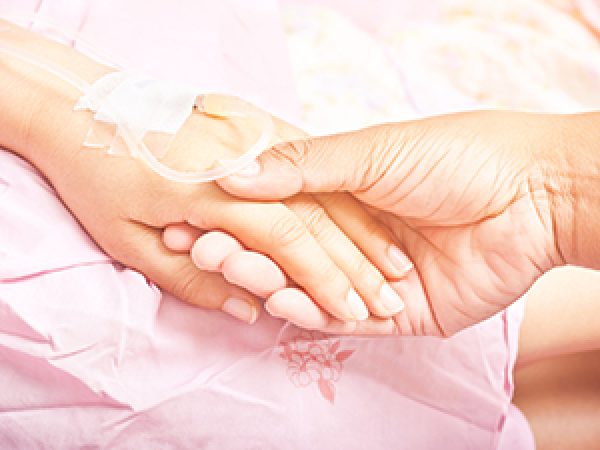