Tales From the AACR’s Immunotherapy Conference

The American Association for Cancer Research (AACR) hosts meetings throughout the year, dealing with all types of cancers and involving multiple pharmaceutical stakeholders. The Tumor Immunology and Immunotherapy conference in Orlando is primarily focused on immunotherapy research in cancers.  Being proximal and relevant to my Lauderdale-based melanoma journey, it was a chance to see research across cancer types. Here’s a preliminary look at what happened:

First, the principles of immunotherapy — I’ve covered this before but the one sentence summary is this: Immunotherapies harness the body’s own cancer-fighting powers and unlock inhibitors of the immune system or things cancer uses to “hide” from the immune system and proliferate throughout the body. This AACR blog post summarizes what this conference is covering and immunotherapy much better. The organization covers all aspects of cancer research, which is including more prominent work in this specific area. At the conference, immunotherapy was presented as the next big thing in cancer treatment, and the landscape is still unfolding. A trickle down effect of recent successes in melanoma research are immunotherapy advances being pushed in other cancers. Until recently, the support (and funding) for immunotherapies lagged behind conventional therapies, even though those therapies generally made small incremental gains. Now, immunotherapy is getting the credibility it needs, which hopefully will lead to faster and significant breakthroughs — and more survivor stories.

Throughout the presentations, my little iPad mini and I were pretty inconspicuous, typing away near the back of the room while some extremely intelligent scientists shared their most recent findings. I met Dr. Steven Rosenberg, a pioneer in modern immunotherapy (and who was consulted by Dr. Weber and Dr. Sarnaik during my first trial), and listened to a talk from UPenn’s Dr. Carl June on T-cell treatments. Hearing Dr. June answer questions from Dr. Rosenberg is the oncological equivalent of Bob Clarke talking hockey with Gordie Howe. These are just two of the people here who have a ripple effect on the lives of countless cancer patients worldwide.

Also, did you know the Delaware Valley is pretty close to some darn progressive medicine? UPenn has a significant oncology presence; the National Cancer Institute (NCI) is part of the National Institutes of Health (NIH), and located a couple hours down I-95 in Rockville, MD.  Memorial Sloan Kettering Cancer Center is an Amtrak ride up the Northeast Corridor line, and there are numerous smaller research institutes, including the likes of PSU-Hershey, Johns Hopkins, or Mt. Sinai. Not a bad collection of brains within 150 miles of Billy Penn.

Perhaps that is why the AACR’s annual meeting will be in Philadelphia April 18-22, 2015. Ironically, I got a notification that researchers abstracts for that conference were due today, while many of those who may submit them are sitting here. Maybe these guys are scientists because they don’t procrastinate until the last minute like some bloggers do…

I did figure out how to (sort of) dissect the scientific knowledge — the answer is Twitter. Usually, I have little use for 140-character thoughts, but in this instance, short summaries were my friend. I can’t process research information quick enough, much less coherently summarize and type a blog, as it’s being presented. Even the talk by Dr. Rosenberg, which should be right up my alley, left me hazy-eyed. It’s impossible (well, for me) to listen, understand, and write about this all at once. Breezing through the #AACRImm14 hashtag offered some quick summaries to help fill in the blanks.

Then there were the distractions of Disney hindering this effort, too.

I am not sure what was more polarizing — the smile inducing drive to the Contemporary and seeing Space Mountain just a few hundred yards away (604, to be exact), or the sad realization I would be in a windowless conference hall until dinner. There was the speaker malfunctioning for a few moments, making one presenter sound like Donald Duck. There was the very low background music (which apparently can’t be turned off), filling the few presentation lulls with Beauty and the Beast or The Little Mermaid tunes. There were the numerous references to laboratory mouse models; kind of ironic, and a bit disturbing, being steps away from the Magic Kingdom entrance.

There was also the advantage of being a Florida resident — the Annual Pass, which means after I finished with cancer, it was into Tomorrowland for a few roller coasters before driving back to the hotel. I even wrote part of this blog waiting for Mickey’s PhilHarMagic to begin. A grown man, by himself, in business attire, typing on an iPad, wearing 3D glasses… yea, it was a little odd. Texting with my uncle, we both concluded Disney World is sort of like life with a family — while it’s nice to be able to do whatever you want, it’s not nearly the same when you don’t have someone to share in the magic.

About the Patient #1 blog by T.J. Sharpe

T.J. Sharpe is sharing his fight against stage 4 melanoma. A South Jersey native and Bishop Eustace graduate, he currently lives in Fort Lauderdale, Florida with his wife Jennifer and children Josie and Tommy. He was patient #1 in a clinical trial at Moffitt Cancer Center in Tampa as the first person worldwide to use this sequence of treatments to fight melanoma, and is currently in a second clinical trial at Holy Cross Hospital in Fort Lauderdale receiving Merck’s anti-PD-1 drug lambrolizumab.

The Patient #1 blog will update the progress of T.J.’s fight against cancer, and also touch on many cancer-related topics. 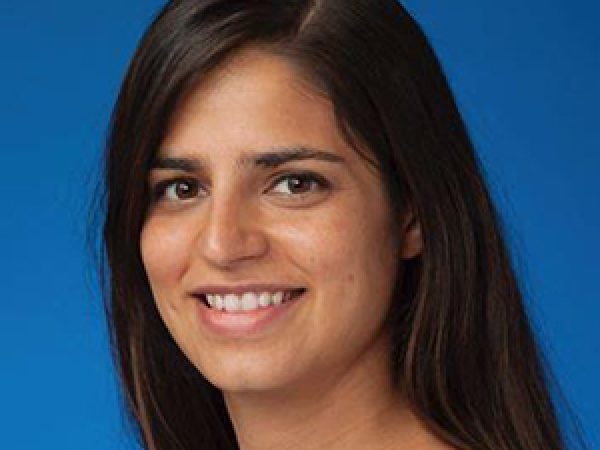