Last week, the U.S. Food and Drug Administration (FDA) increased the number of cancer types for which immunotherapeutics known as checkpoint inhibitors are an approved treatment option. On Tuesday, the agency expanded the use of nivolumab (Opdivo) to include the treatment of certain patients with Hodgkin lymphoma. The following day, it approved a new immunotherapeutic known as atezolizumab (Tecentriq) for certain patients with bladder cancer, a disease for which there have been no new treatments approved in more than three decades.

Immunotherapeutics work by harnessing the power of a patient’s immune system to fight cancer the way it fights disease-causing microbes such as the influenza virus.

Nivolumab and atezolizumab (previously known as MPDL3280A) work in different ways to release a brake (or checkpoint protein) called PD-1 on cancer-fighting immune cells called T cells. Once the PD-1 brake is released, the T cells are able to carry out their natural function and can destroy cancer cells.

Nivolumab: Use Expanded to Hodgkin Lymphoma Micrograph of Hodgkin lymphoma, a rare form of cancer projected to result in the death of 1,120 U.S. adults in 2016.

The FDA approved nivolumab for treating patients with classical Hodgkin lymphoma that has relapsed or progressed despite treatment with an autologous hematopoietic stem cell transplant and post-transplantation brentuximab vedotin (Adcetris).

The approval was based on combined data from two clinical trials: the phase I CheckMate-039 and phase II CheckMate-205 trials. Among 95 patients with relapsed or refractory classical Hodgkin lymphoma who were treated with nivolumab across the two trials, 65 percent had partial shrinkage or complete disappearance of their tumors for a median of 8.7 months.

Given that the approval centers on response data, rather than overall survival, nivolumab’s manufacturer, Bristol-Myers Squibb, is required by the FDA to conduct a randomized, phase III clinical trial to confirm that the immunotherapeutic improves survival for patients.

Last week’s FDA decision made Hodgkin lymphoma the fifth cancer type for which the FDA has approved nivolumab as a treatment option. As highlighted on this blog, it was first approved in December 2014 for treating certain patients with advanced melanoma. Then, in 2015, it was approved for both the squamous and nonsquamous forms of non–small cell lung cancer, as well as renal cell carcinoma.

Bladder cancer is the fifth most commonly diagnosed cancer in the United States. An estimated 76,960 U.S. adults will be diagnosed with bladder cancer and 16,390 people will die from the disease in 2016. Urothelial carcinoma is the most common form of bladder cancer, accounting for 90 percent of all cases, according to Roche, the company that manufactures atezolizumab. Urothelial carcinoma is the most common form of bladder cancer diagnosed in the United States.

Prior to the approval of atezolizumab, there were no FDA-approved treatment for patients with metastatic urothelial carcinoma that had progressed despite platinum-based chemotherapy, and the outlook for these patients was poor, with median survival of around five to seven months.

Results from IMvigor 210 suggest that the benefit of atezoliumab was greatest amongst those patients whose tumor-infiltrating immune cells had the highest levels of PD-L1 protein on the surface, as assessed with the Ventana PD-L1 (SP142) Assay. Although physicians are not required to use this test before treating patients, the FDA approved the test to provide physicians with a tool to help determine which patients may benefit most from treatment with atezolizumab.

Given that the approval of atezolizumab centers on response data, rather than overall survival, nivolumab’s manufacturer is required by the FDA to conduct a randomized, phase III clinical trial to confirm that the immunotherapeutic improves survival for patients. The ongoing phase III IMvigor 211 clinical trial is designed to address this issue by comparing the ability of atezolizumab and chemotherapy to benefit patients with urothelial carcinoma that has progressed despite treatment with at least one platinum-based chemotherapy regimen.

With these two approvals, various checkpoint inhibitors are now FDA-approved treatment options for certain patients with six types of cancer—bladder cancer, Hodgkin lymphoma, melanoma, non–small cell lung cancer, and renal cell carcinoma. With promising results reported at the AACR Annual Meeting 2016 from a phase III clinical trial testing nivolumab as a potential treatment for head and neck squamous cell carcinoma, as well as early promising results reported from a clinical trial testing atezolizumab as a potential treatment for triple-negative breast cancer, it is hoped that reach of this class of immunotherapeutics will be further expanded in the near future. 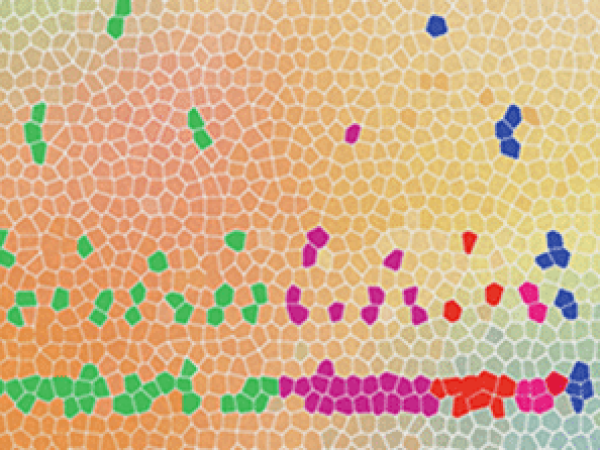 Genetic Mosaicism: How Mutations That Arise in the Embryo May Cause Cancer Later in Life