Editor’s Note: Sarah Junco Wong, PhD, was a member of the 2015-2016 Associate Member Council (AMC)-led Communications Committee. Formed in 2015, the AMC Committees were created to assist the AMC in engaging with the Associate Members of the American Association for Cancer Research (AACR) and to allow the AMC to further expand their career development programming and initiatives. The goal of the AMC is to foster excellence in cancer research through initiatives related to communications, education and training, and collaboration.

Typically, when one thinks of industry careers, the job of a research scientist in a large corporation comes to mind. These jobs typically include regimented days with hard deadlines, scientists working together in a team setting with directed goals and milestones. This view is not representative of all jobs in industry.

The term “industry” can apply to a wide variety of employers and job titles in a non-academic, non-government career setting. Employers can be large corporations or small start-up companies; job titles range from research scientist to consultant to bioentrepreneur.

Greg Villareal, PhD, who combines an interest in business with his training as a neuroscientist in his job as a bioentrepreneur.

Greg Villareal, PhD, a bioentrepreneur at AL Phahelix Biometrics, is familiar with the variety of positions industry has to offer.

“As a student, I was often told that industry was an alternative career. However, that myth immediately became dispelled after looking no further than my own family,” says Villareal. “My interest, like the PhD, was initially inspired by my cousin’s transitions from academia to biotech startups. Then sometime during graduate training I developed this insatiable curiosity on the process of commercializing academic technology to improve the human condition. This inclination naturally led toward investigating careers in industry.”

Villareal became proactive in preparing for his own career in industry by participating in a business of science course while at the University of California, Los Angeles (UCLA), a business in biotech course through UCLA’s Anderson School of Management, and a biotech professional development program through the International Center for Professional Development. Additionally, Villareal took advantage of the connections that professors in his department had, and “cold” emailed these contacts. This provided a useful start to his industry career pathway. While it didn’t directly lead him to an industry position, he received replies and advice that gave him an idea of what hiring managers were searching for and some of the different expectations in industry.

For any career choice, networking remains a crucial component to maximizing your options for employment. After leaving his position as an associate scientist at Galenea Corporation, Villareal reconnected with his undergraduate mentor, Clyde Phelix, PhD, of the University of Texas at San Antonio, who had recently co-founded a precision medicine startup, AL Phahelix Biometrics. Villareal joined this company as a bioentrepreneur, which allows him to utilize both his developing business acumen and knowledge as a neuroscientist and cell biologist to help identify neuronal and breast cancer biomarkers  for therapeutics. While not everyone may have a mentor in the position to provide this type of opportunity, more and more opportunities like this arise as the number of collaborations between industry and academia increase. This synergism provides a platform for the future of scientific research: multidisciplinary, cost-effective, scalable, business-minded, translational, and innovative.

Depending on the individual employer, the typical workday of a scientist in industry may mirror that of one in academia—or it may seem like a world apart. Those interested in working in industry should research their potential employers to find the company that would fit their lifestyle and needs the best.

For those interested in transitioning to a career in industry, Villareal provided these tips:

A career in industry is one of the many job options that scientists can explore. Doctoral students who do not wish to follow the traditional pathway of the professoriate may find industry careers more appealing. Villareal emphasized the fact that as there are fewer jobs available in academia relative to PhD graduates, a career in industry is becoming less an alternative and more a conventional career choice.

Author Bio: Sarah Junco Wong, PhD is currently a postdoctoral fellow at the University of Texas at Austin under the NIH Institutional Research and Academic Career Development Awards (IRACDA) program. She received her PhD in Biochemistry from the University of Texas Health Science Center at San Antonio. She has been a member of the AACR since 2011. 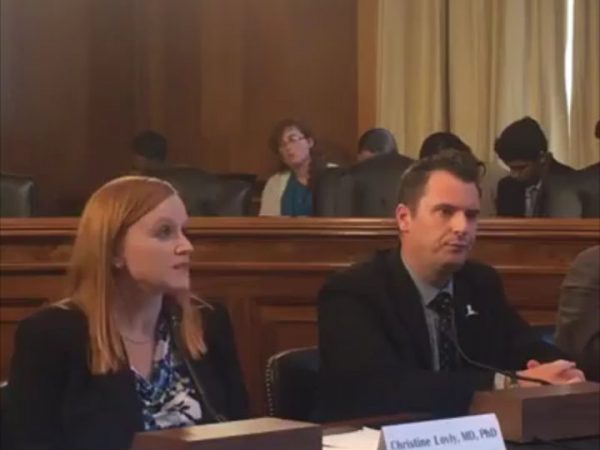