Today, the American Association for Cancer Research (AACR) released its seventh annual Cancer Progress Report. The report highlights how federally funded research that provides a deep understanding of the biology of cancer is spurring advances across the clinical cancer care continuum that are improving survival and quality of life for people around the world. As detailed in the report, the pace at which we have harnessed decades of basic research in the fields of immunology and cancer genetics to develop two new pillars of cancer treatment, immunotherapy and precision medicine, has been particularly rapid. In fact, all nine of the new anticancer therapeutics approved by the U.S. Food and Drug Administration (FDA) during the 12 months covered by the report, Aug. 1, 2016, to July 31, 2017, were either an immunotherapeutic or one of the molecularly targeted therapeutics that are the mainstay of precision medicine. The same is true for all eight of the previously approved anticancer therapeutics that were approved for treating additional types of cancer.

One of the approvals, announced in May 2017, opened a new chapter for precision medicine. The approval in question, which was highlighted in a previous post on this blog, was the approval of the immunotherapeutic pembrolizumab (Keytruda) for treating patients with any solid tumor characterized by either of two specific genetic characteristics—microsatellite instability–high (MSI-H) and mismatch repair–deficiency. This groundbreaking decision by the FDA not only marked the first approval of an immunotherapeutic for use based on the presence of specific genetic biomarkers in a cancer, but also the first approval of an anticancer therapeutic for use based on cancer biomarkers rather than the location in the body where the cancer originated.

Adrienne Skinner is one of the patients who is living today with no sign of cancer because she participated in one of the clinical trials on which the landmark pembrolizumab decision was made. Skinner, who is one of eight individuals to share their experiences with cancer in the AACR Cancer Progress Report 2017, has Lynch syndrome, an inherited disorder that significantly increases a person’s risk of developing certain types of cancer. Most cancers occurring in individuals with Lynch syndrome, including Skinner’s ampullary cancer, are MSI-H and/or mismatch repair–deficient. After Skinner’s cancer progressed despite treatment with several cytotoxic chemotherapeutics, she enrolled in a clinical trial and received pembrolizumab. After 2½ months, the cancer was gone, and now, more than three years later, Skinner is living a full life as a busy working single mother of four daughters.

“This is an incredibly exciting time for the cancer community,” said Margaret Foti, PhD, MD (hc), chief executive officer of the AACR, in a news release. “Research has fueled advances across the continuum of cancer care that are saving lives around the world and we have the scientific knowledge and capability to deliver more lifesaving progress in the future.”

In fact, since writing of the report ceased on July 31, 2017, the FDA has already made six decisions that have added new tools to the armamentarium for physicians treating certain patients with cancer. The most heralded of these decisions was the August 30 approval of tisagenlecleucel (Kymriah), the first of a new type of immunotherapy known as CAR T–cell therapy. As highlighted in a previous post on this blog, expanding the uses for CAR T–cell therapy is an area of intensive research investigation and it is likely that more patients, with an increasingly diverse array of types of cancer, will benefit from these transformational immunotherapeutics in the future.

The AACR Cancer Progress Report provides an annual snapshot of advances against cancer, but the progress occurs continuously, as illustrated by the six FDA decisions made since July 31, 2017. Unfortunately, as outlined in the report, the reality is that we need to do even more because advances against cancer have not benefited everyone equally and the burden of cancer is shouldered disproportionately by certain segments of the population, including racial and ethnic minorities, patients of lower socioeconomic status, residents in certain geographic locations, and the elderly.

In addition, the public health challenge posed by cancer is growing. The number of people in the United States dying from cancer is predicted to rise from 600,920 in 2017 to almost 1 million in 2030 without new preventive interventions and treatments. One area of cancer prevention that has yielded some success is tobacco control. Public education and policy initiatives have helped drive down rates of cigarette smoking, which is the leading cause of lung cancer, among U.S. adults from 42 percent in 1965 to 15 percent in 2015. However, some individuals continue to expose themselves to tobacco and other preventable causes of cancer so we must develop and implement more effective strategies for cancer prevention, early detection, and treatment. In a news release, Michael A. Caligiuri, MD, President of the AACR and chief executive officer of the Arthur G. James Cancer Hospital and Richard J. Solove Research Institute in Columbus said, “The opportunity to make more transformational breakthroughs will require a strong federal commitment to providing consistent, annual, above-inflation increases to the budgets for the NIH [National Institutes of Health], NCI [National Cancer Institute], and FDA.”

Caligiuri’s comments echo the report, which calls on Congress to help us transform cancer care, save more lives from cancer, spur economic growth, and maintain the position of the United States as the global leader in science and medical research by providing annual funding increases for the NIH, NCI, and FDA that are robust, sustained, and predictable.

The AACR will be delivering its message about the importance of continued investment in lifesaving research to policymakers at numerous events over the next 12 months, including two events this week. Today, Wednesday, Sept. 13,  the organization is hosting a Congressional Briefing on Capitol Hill to unveil the AACR Cancer Progress Report 2017. Tomorrow, it will join more than 350 institutions and advocacy organizations to participate in the annual Rally for Medical Research Hill Day.

“The AACR is heartened by the strong, bipartisan commitment from Congress to invest in cancer research and biomedical science,” said Foti. “We are committed to collaborating with all stakeholders to ensure that the current momentum is sustained and to expedite the next breakthroughs against cancer.” 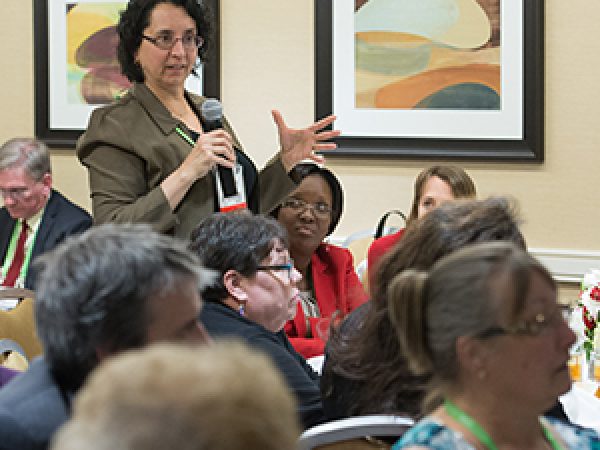 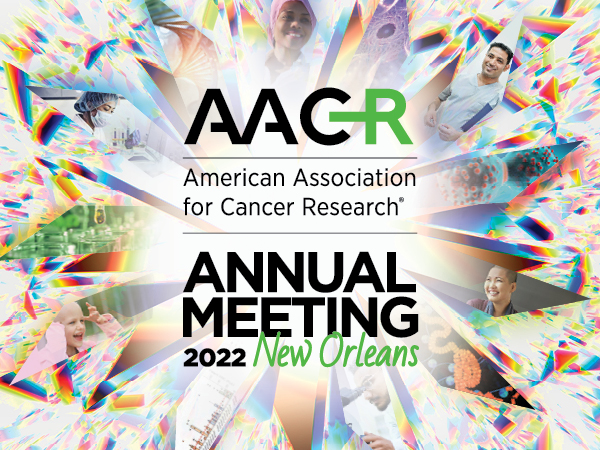