Tobacco companies are finally telling the truth about their deadly products, but only because they’ve been forced to do so.

The relationship between cigarette smoking and lung cancer was first brought to the public’s attention more than 50 years ago, when the U.S. Surgeon General’s report on “Smoking and Health” was published. However, tobacco companies are finally telling the truth about their deadly products, thanks to a 2006 court order that they spent more than a decade trying to overturn.

On November 26, 2017, major U.S. tobacco companies began running advertisements in over 50 newspapers, as well as on national prime-time television, informing Americans of the truth about the consequences of smoking and secondhand smoke. These ads, known as corrective ads, are designed to correct decades of misinformation that tobacco companies had spread about their products. Here’s some history on how they came to be.

According to information provided by the Campaign for Tobacco-Free Kids, in 1999, the U.S. Department of Justice sued major cigarette manufacturers Altria, Philip Morris USA, R.J. Reynolds Tobacco, and Lorillard, for violating civil provisions of the Racketeer Influenced and Corrupt Organizations Act (RICO), and other laws. On August 17, 2006, U.S. District Judge Gladys Kessler issued her verdict against the companies, finding them guilty of breaking civil racketeering laws by deceptively marketing to children, and lying to the public about the dangers of smoking.

In a 1,683-page final opinion, Kessler detailed how the tobacco companies “have marketed and sold their lethal products with zeal, with deception, with a singled-minded focus on their financial success, and without regard for the human tragedy or social costs that success exacted…The evidence in this case clearly establishes that Defendants have not ceased engaging in unlawful activity.”

Judge Kessler ordered the tobacco companies to publish corrective statements on five topics about which they had deliberately deceived the public:

Over the next 11 years, tobacco companies filed numerous appeals trying to weaken the order and delay its implementation. The tobacco companies succeeded in removing certain language from the original order, but they are still required to comply with most provisions.

The corrective ads have finally begun running in the front section of about 50 Sunday newspapers specified by the court. The first of these ads ran November 26 and December 10; the rest will run on January 7, February 4, and March 4. The companies must also run corrective ads on major television networks during prime time for one year. The tobacco companies must also publish the corrective statements on their websites and cigarette packs, although the implementation details of that are still being finalized.

Despite significant progress in reducing smoking, tobacco use is still the leading preventable cause of death and disease in the United States, killing nearly 500,000 Americans and costing the nation about $170 billion in healthcare expenses each year. The tobacco industry has long profited from promoting products that lead to disease, death, and economic hardship. Each year, tobacco companies spend billions to market cigarettes and other tobacco products to young adults. Not surprisingly, nine out of 10 tobacco users start before the age of 18.

As a cancer researcher who has focused on non-small cell lung cancer, the major cause of which is smoking, I have seen many patients and families whose lives have been severely impacted by the deceptive practices of these tobacco companies. The corrective ads are an important first step in making sure that smoking-related cancers are a thing of the past. However, this is only one step forward, and one step is never enough. These tobacco companies claim they have changed, but the facts show that they continue to market their addictive products to kids.

The AACR and its Tobacco and Cancer Subcommittee is calling upon state and city officials to raise the sale age of tobacco products to 21, pass comprehensive smoke-free laws, increase individual states’ tobacco taxes, ban kid-friendly flavors in all tobacco products, and increase funding for tobacco prevention and cessation programs. We hope that by enacting these and other policies we can finally help bring about the first tobacco-free generation so that no family will have to suffer the consequences of a preventable smoking-related cancer. 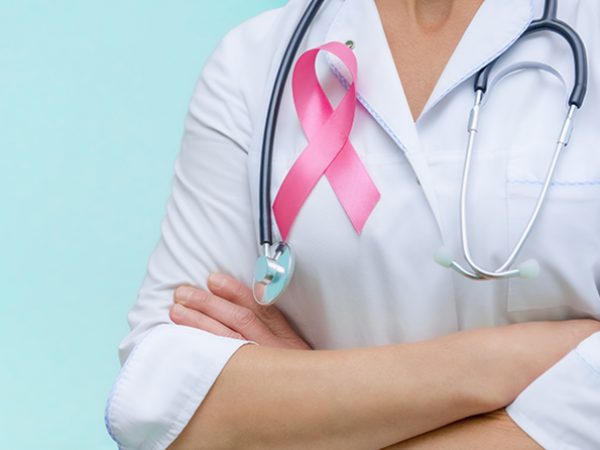