Editor’s note: Progress and Promise Against Cancer is the AACR’s initiative to educate the public about cancer and cancer research. This event is part of a live and online event series that has occurred in communities across the nation.

Jill Biden can tell when a parent has lost a child.

“I can spot them,” she said. “The curve of their shoulders, as if they can feel the arms of a small child wrapped around their necks. Though we are strangers, we understand the untellable truths about one another.” Dr. Jill Biden delivered the keynote address at Friday’s event, which was jointly hosted by the AACR and WHYY. Photo by Vera LaMarche

The Biden Cancer Initiative convened a national Biden Cancer Summit on Friday, with an anchor event in Washington, D.C., and approximately 450 events in other U.S. locations. Dr. Biden delivered the keynote address at Philadelphia’s event, Progress and Promise Against Cancer, which was jointly hosted by the American Association for Cancer Research (AACR) and WHYY, Philadelphia’s NPR and PBS station.

Featuring some of Philadelphia’s leading cancer researchers, the summit provided an opportunity to take stock of recent advances in cancer prevention and treatment, while looking ahead to the next wave of progress. She said events like Friday’s summit will be crucial as experts continue to improve cancer research and treatment for the benefit of all.

“It is so important that we engage the public in the effort to end the fight against cancer,” Foti said.

WHYY’s Maiken Scott was the chief moderator of the summit, with WHYY hosts Taunya English and Shirley Min leading discussions as well. Following are some highlights from the Philadelphia program. The Biden Cancer Initiative website features selected talks from the national program.

Sarah Happy, who has served as an AACR Ambassador in the AACR Runners for Research program, bubbled over with joy as she talked about life as a newlywed. As she shared details of her recent anniversary celebration, she told the crowd, “It was the first time in 10 years we weren’t managing a major medical crisis.”

Happy has survived lymphoma, cervical cancer, and a benign brain tumor. She is now healthy and is lending enthusiastic support to the AACR, with a particular focus on survivorship issues. Although she is grateful to be cancer-free, she experiences physical after-effects of her treatments, and hopes that future cancer treatments may be less toxic.

“I want future survivors to celebrate their milestones with less pain, lots of hair, and fuller eyebrows,” she said. The crowd listened intently as speakers from the entire cancer community described some of the latest advances and looked forward to the next wave of progress. Photo by Vera LaMarche.

The crowd also watched a video featured in the AACR Cancer Progress Report 2018, in which 14-year-old Tori Lee and her parents tell the story of how CAR T-cell therapy in 2013 enabled her to beat acute lymphoblastic leukemia after chemotherapy repeatedly failed. Today, she is healthy and busy – in fact, she missed the summit in favor of a high school tennis match.

Stephan Grupp, MD, PhD, director of Translational Research, Center for Childhood Cancer Research, at Children’s Hospital of Philadelphia, said patients like Tori have contributed greatly to our understanding of how the body’s immune system can be harnessed to fight cancer, and physicians have much more to learn from these patients and their experiences.

“I’ve learned a touch of humility,” Grupp said. “We learned in the lab that this could work, but everything we’ve learned from patients has been much more valuable.”

Robert Vonderheide, MD, director of the Abramson Cancer Center, Penn Medicine, said that just as Philadelphia was the focal point of the American Revolution, the city has also been pivotal in “the immune revolution” – the advent of immunotherapy as a powerful weapon in defeating cancer.

Vonderheide and Dario Altieri, MD, president and chief executive officer of The Wistar Institute, described how basic science has provided the foundation for the growing number of immunotherapeutics that have been approved by the U.S. Food and Drug Administration and have led to robust responses in some patients.

Today, cancer scientists are working to extend the benefits of immunotherapy to more patients, by working to understand why some patients respond to the drugs while others do not, and why immunotherapy works best in certain cancer types.

“Philadelphia has a culture of sharing, collaboration, and synergy that I haven’t really seen anywhere else,” he said.

Progress and prevention for all

The speakers at Friday’s event were united in the frustration that not everyone has benefited equally from progress against cancer. Disparities plague the cancer community, and narrowing those gaps and ensuring equal access to the best treatments is crucial, several participants noted.

Radio personality Frankie Darcell first encountered breast cancer 20 years ago, when her mother was diagnosed with the disease. She was shocked to find few, if any, resources targeted to African-American women, so she launched Sista Strut, a series of sponsored walks to raise funds and boost awareness of breast cancer in the African-American community.

Darcell has since undergone her own battle with breast cancer, detected at an early stage. Today, both she and her mother are healthy.

“I am a testament to early detection as the key to saving lives,” Darcell said.

“What is my call to action? Be such an advocate for yourself that you determine that you’re going to live,” she told the audience.

“One of the biggest clues is what’s gone on in your family before you,” Daly said. “It’s important to ask, not just on your mom’s side, but on your dad’s side, too.” Lopez echoed that message, noting that upcoming holidays can provide a good opportunity to discuss family health history.

Edith Mitchell, MD, director of the Center to Eliminate Cancer Disparities at Sidney Kimmel Cancer at Jefferson Health, said one potential way to end disparities is to encourage the sharing of information across the entire cancer continuum.

“We are looking at how we can break down siloes between cancer centers, on behalf of the patients,” she said.

A word from the Vice President Vice President Joe Biden wrapped up the daylong summit with a livestreamed talk from Washington, D.C. Photo by Vera LaMarche.

Late in the afternoon, Vice President Biden  gave a talk that was livestreamed to all the community events around the country. He applauded a wave of recent initiatives that could potentially ease burdens for cancer patients – for example, Uber and Lyft donating rides to cancer patients, and Angel Flight West for donating flights to patients traveling for treatments. He said such efforts could be pivotal in helping all patients, no matter their race, hometown, or socioeconomic status, receive the best possible cancer care.

Over the course of the day, both Vice President and Dr. Biden returned frequently to one theme: “the urgency of now.” That urgency underpinned Dr. Biden’s emotional keynote speech.

“Together, we will fight for the most precious thing we have: time.” 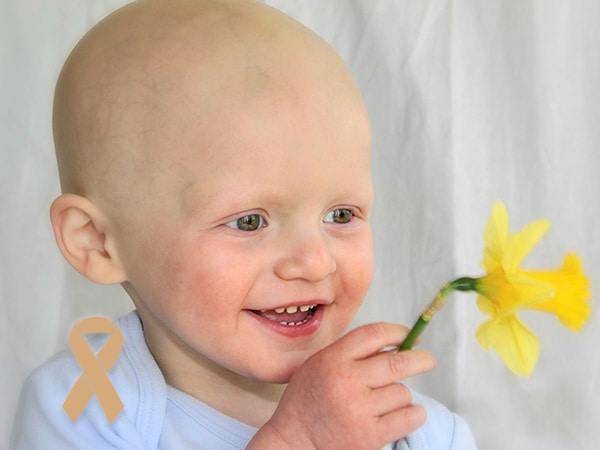 Please increase attention to prevention. If no one gets it no one suffers and dies from cancer. Treatments are important but nothing will have the impact of ending Cancers.

great article, thanks for sharing with us.