Back for the new year, here are the editors’ selections for the January issues of the eight scientific journals published by the American Association for Cancer Research (AACR). Featured research highlights a wide variety of cancer-related topics, spanning from preclinical therapeutic strategies to cancer prevention. All articles summarized here are freely available for a limited time.

In this study, the authors investigated the role of plasmacytoid dendritic cells (PDCs) during the progression of primary cutaneous melanoma (PCM) and metastatic melanoma. PDC infiltration in PCM was heterogenous, occurred early, and was localized at the tumor margin, but PDCs were mostly absent in tumor tissues and were significantly reduced in circulation in metastatic melanoma patients, indicating a shift in PDC infiltration with melanoma progression. Additionally, PDCs exposed to melanoma cell supernatant in culture impaired their differentiation and survival. The authors suggest that activation of tumor-infiltrating PDCs with toll-like receptor (TLR) agonists may synergize with existing clinical treatments.

While checkpoint blockade immunotherapy has proven efficacious for patients with head and neck squamous cell carcinoma (HNSCC), only about 20 percent of these patients have a durable response to this treatment; viral neoantigens may facilitate an immune activation response which could complement PD-1/PD-L1 inhibition. This phase Ib/II clinical trial evaluates the safety, tolerability, and preliminary efficacy of MEDI0457, a DNA vaccine that targets the E6/E7 proteins of HPV16/18 delivered via electroporation, in 22 patients with HPV-associated HNSCC. No treatment-related adverse events higher than grade 2 were noted in the study, and 18 out of 21 evaluable patients displayed increased antigen-specific T-cell activity in response to the treatment. In a patient whose disease progressed to metastasis during the study, treatment with anti-PD-1 immunotherapy led to a durable complete response, highlighting the potential synergistic treatment of MEDI0457 with checkpoint blockade immunotherapy in patients with HPV-associated HNSCC.

Patients with non-small cell lung cancer (NSCLC) driven by activating EGFR mutations often develop resistance to treatment with first- or second-generation EGFR tyrosine kinase inhibitors (TKIs), which is frequently facilitated by the acquired T790M mutation in EGFR. Third-generation EGFR TKIs, such as osimertinib and rociletinib, inhibit activating mutations and T790M, but many patients develop acquired resistance to these therapeutics. In this study, the authors investigated novel resistance mechanisms following afatinib treatment, a second-generation EGFR TKI, in osimertinib- and rociletinib-resistant cells. Amplification of EGFR or KRAS genes were observed in these cells, and dual inhibition of MEK and IGF1R overcame KRAS amplification in osimertinib-resistant cells. These results may facilitate the development of strategies to overcome resistance mechanisms to third-generation EGFR TKIs.

Protein arginine methyltransferases (PRMTs), which catalyze posttranslational modifications implicated in key cellular processes including growth and proliferation, are overexpressed in a variety of different cancers, including breast cancer. In this study, the authors investigated the overexpression of three primary Type I PRMTs in K5-Cre cross mouse models and in HER2-driven mouse models of breast cancer. In the K5-Cre models, PRMT overexpression led to hyper-branching of mammary ducts and epithelial hyperplasia; distinct oncogenic roles were identified for the three PRMTs in the breast cancer models, providing in vivo evidence of the roles that PRMTs play in mammary gland tumorigenesis. The authors conclude that these models could be used to test the in vivo efficacy of PRMT inhibitors in the future.

Inflammation, which may promote the development and progression of ovarian cancer, involves the biologically active lipid molecules arachidonic acid and linoleic acid (fatty acids); studies of how these markers affect ovarian cancer risk are limited. Using information from the Prostate, Lung, Colorectal, and Ovarian Cancer (PLCO) screening trial, the authors evaluated the association between pre-diagnostic serum levels of 31 fatty acid metabolites and ovarian cancer risk in a nested case-control study. They found that women with increased levels of five metabolites (8-HETE, 12,13-DHOME, 13-HODE, 9-HODE, and 9,12,13-THOME) had a higher risk of an ovarian cancer diagnosis in the following decade. The authors conclude that these biomarkers may help to elucidate the potential mechanistic link between inflammation and the etiology of ovarian cancer.

Somatic mutations in ribosomal protein (RP) genes have been identified in various cancer types. The RPL10-R98S mutation in T-cell acute lymphoblastic leukemia (T-ALL), which increases oxidative stress, initially restricts cell proliferation; how cells compensate for this proliferative defect and later progress to hyperproliferative cancer is under investigation. In this study, the authors found RPL10-R98S mouse lymphoid cells acquired five-fold more secondary mutations compared to RPL10-WT cells, and patients with RP-mutant T-ALL had a higher mutational load with activating mutations to the NOTCH1 signaling pathway. Expression of NOTCH1 in RPL10-R98S cells eliminated DNA damage induced by oxidative stress and rescued cell growth while having no effect on RPL10-WT cells. The authors propose that the initial oxidative stress-induced hypoproliferation found in RP-mutant cancer forces the surviving cells to acquire additional mutations, which leads to hyperproliferation and oncogenesis.

Intrahepatic cholangiocarcinoma (ICC) has a low 5-year overall survival (25-31 percent) and high recurrence rate (50-60 percent) after resection; therefore, identifying patients who would benefit from adjuvant therapies remains an unmet clinical need. In this study, the authors investigated the prognostic value of the biomarker nardilysin (NRDC) by measuring serum protein and tissue mRNA levels from patients with ICC. The researchers observed a correlation between serum NRDC levels and tissue NRDC levels, and that pre-operative serum NRDC levels were inversely associated with both overall survival and disease-free survival in ICC patients. The authors conclude that serum NRDC could be utilized to predict postoperative outcomes in ICC patients undergoing resection.

Lung cancers with KRAS-LKB1 gene mutations are aggressive and typically do not respond to immune checkpoint inhibition; the underlying mechanism for this impaired immunogenicity is under investigation. In this study, the authors found that LKB1 inactivation suppresses the expression of STING in KRAS-mutant lung cancer patient samples, and that STING suppression is enhanced through the hyperactivation of DNMT1 and EZH2, as seen in KRAS-LKB1-mutant cells. Ectopic expression of STING in KRAS-LKB1-mutant cells impairs their cellular fitness and engages IRF3 and STAT1 signaling, key regulators of the innate immune response, suggesting that the silencing of STING facilitates immune escape. These results provide mechanistic insight into checkpoint blockade resistance and pinpoint approaches to restore STING expression in KRAS-LKB1-mutant lung cancers as a therapeutic strategy.

Studies have demonstrated that excessive alcohol intake is linked to the incidence and progression of prostate cancer. While the underlying mechanism for this association remains unknown, previous work has shown that ethanol can induce disorganization of the Golgi complex and affects the docking of proteins. In this study, the authors demonstrate that glycogen synthase kinase β (GSK3β), which phosphorylates histone deacetylase 6 (HDAC6), a known mediator of androgen receptor (AR) signaling, was mislocalized from the Golgi in prostate cancer tissues and in ethanol-treated prostate cancer cells. This mislocalization of GSK3β to the cytoplasm results in the phosphorylation of HDAC6, which leads to nuclear AR import and prostate-specific antigen (PSA) secretion. These results provide a mechanistic link between alcohol-mediated Golgi fragmentation and the development and progression of prostate cancer.

Trends in Lung Cancer and Cigarette Smoking: California Compared to the Rest of the United States

While lung cancer mortality continues to fall in the United States, over 25 percent of all cancer-related deaths are due to lung cancer, and at least 80 percent of lung cancer cases are caused by smoking. Utilizing data from 1974-2014 National Health Interview Surveys, the authors evaluated trends in smoking behavior (initiation, intensity, and quitting) between California, the state which led the country in implementing tobacco control, and the rest of the United States. The researchers found that those aged 18-35 in California had decreased initiation, decreased intensity, and increased quitting compared to the rest of the country during this time frame; all three metrics were at least 24 percent better compared to the rest of the country between 2012-2014. Among seniors living in California, there was no marked difference in quitting or smoking intensity. Annual lung cancer mortality was 28 percent lower in California compared to the rest of the United States in 2013, largely due to smoking behavior among those under 35 years. 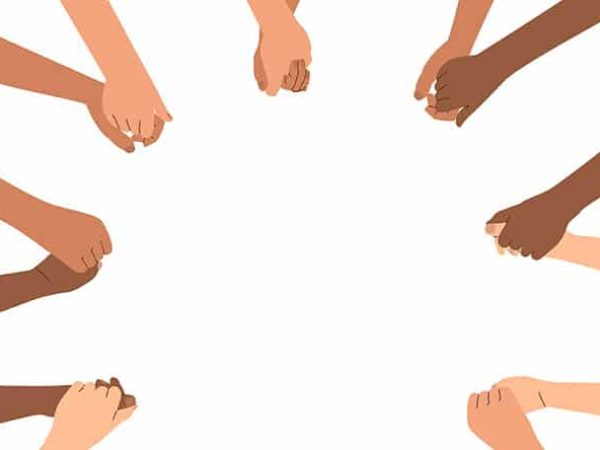 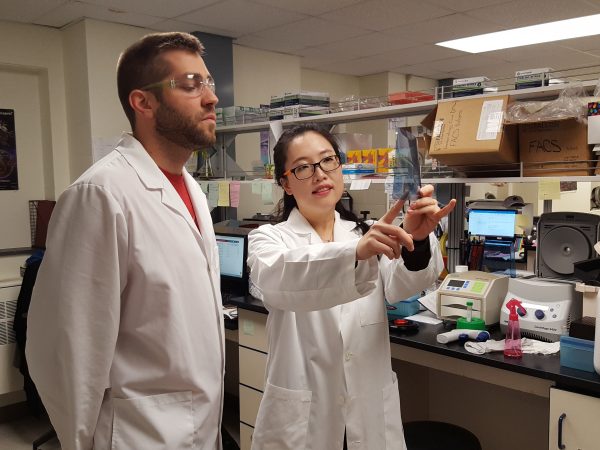